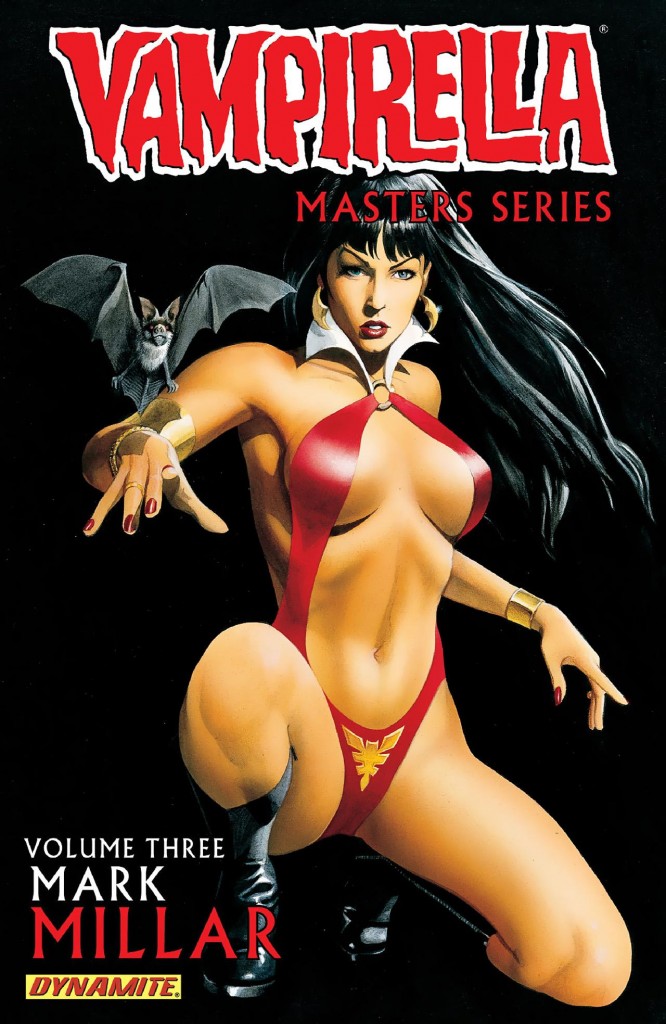 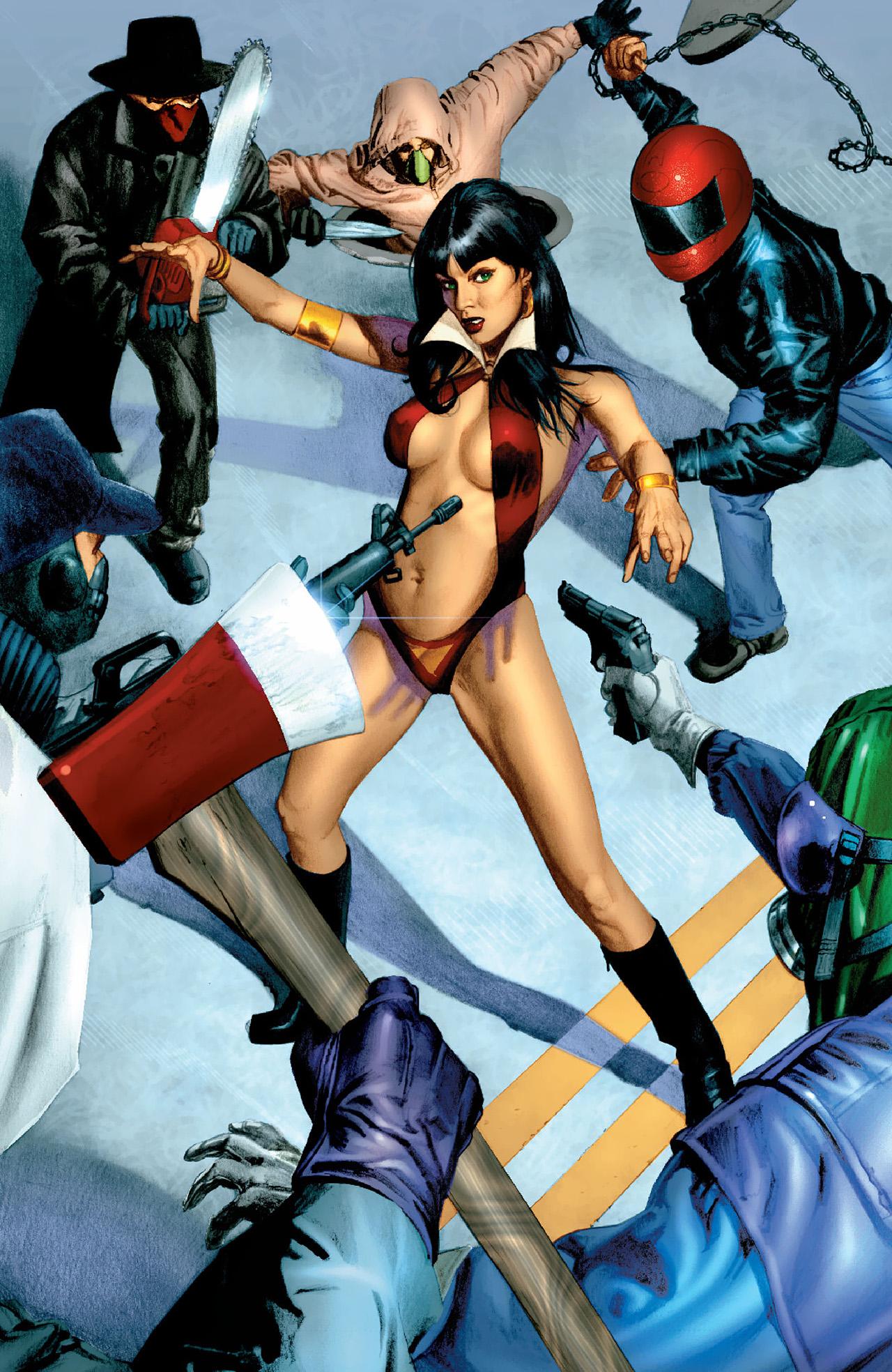 Mark Millar’s work on the opening volume of this series indicated that the bar was set very low as far qualifying as a master with regard to Vampirella is concerned. These two stories, however, are a marginal improvement. It’s still early Millar, so there’s a parade of gratuitously offensive comments and moments that shock in a debased fashion, intended as over the top and tongue in cheek, but not always conveying in that manner.

The opener ‘Nowheresville’ was previously published independently as a graphic novel, and at the time when first issued was an imaginative change of tone from the supernatural to a more modern form of horror. Yes, there are still vampires, an entire community of them in Nowheresville in fact, but Vampirella as an urban vampire slayer was a definite change of pace. Once he’s purged most of the simply spouted nastiness, Millar’s imagination is more active and there’s a good twist to the plot as Vampirella ends up protecting the community she’d intended to destroy.

Mike Mayhew’s art goes for a photo realistic gloss, which provides some excellent static pictures, but is sorely lacking when anything but the most basic movement is required. There’s also the problem of Vampirella’s poses. The sample page looks more like she’s being grabbed while dancing than combat, and many poses appear to have their origins in images of models. It’s perhaps pissing into the wind to complain about that in a Vampirella graphic novel, the character having a long history of appeal to teenage boys, but it’s sordid. Once again in this series, Mayhew draws almost every page, but isn’t considered worth cover-promoting as a master.

In places ‘Fear of Mirrors’ seems Mayhew on tighter deadlines as in the opening chapter his art now looks nothing so much as screen grabs from GTA. He’s much better over the remainder, and the new forms of vampire design he uses have a power and threat to them. At his best late in the book there’s echoes of Ron Embleton’s Oh Wicked Wanda strip for Penthouse. Unfortunately Millar’s back to coasting for ‘Fear of Mirrors’, re-treading familiar ground to start with, then producing his version of Assault on Precinct 13. It’s readable, but ‘Nowheresville’ displays the greater imagination. The book is completed with a bunch of Vampirella pin-ups with J.H. Williams producing the standout illustration.