Undertaker: Rise of the Deadman 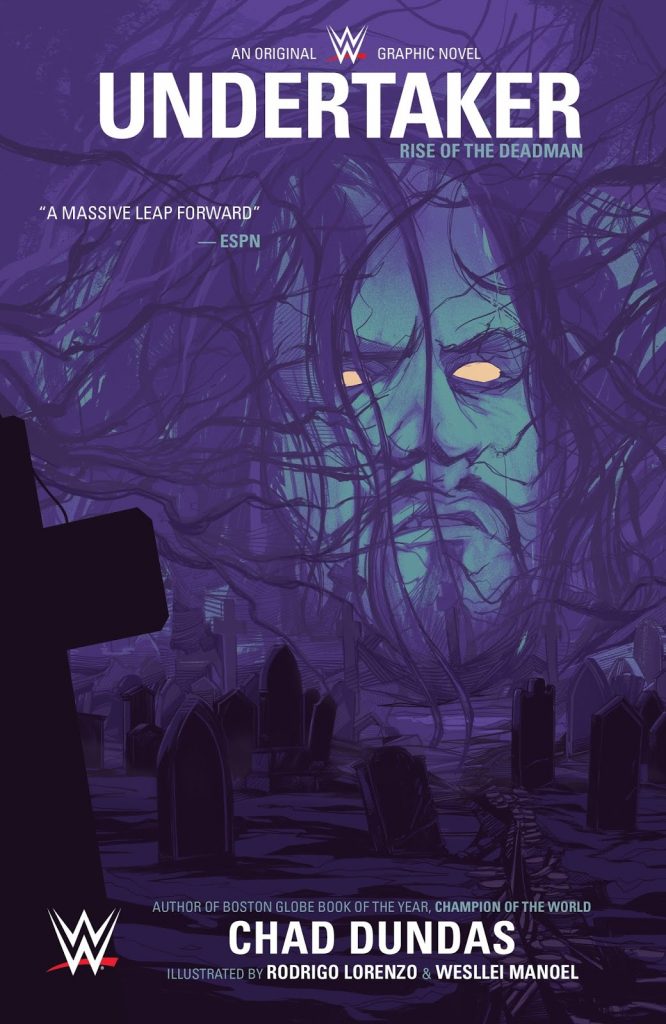 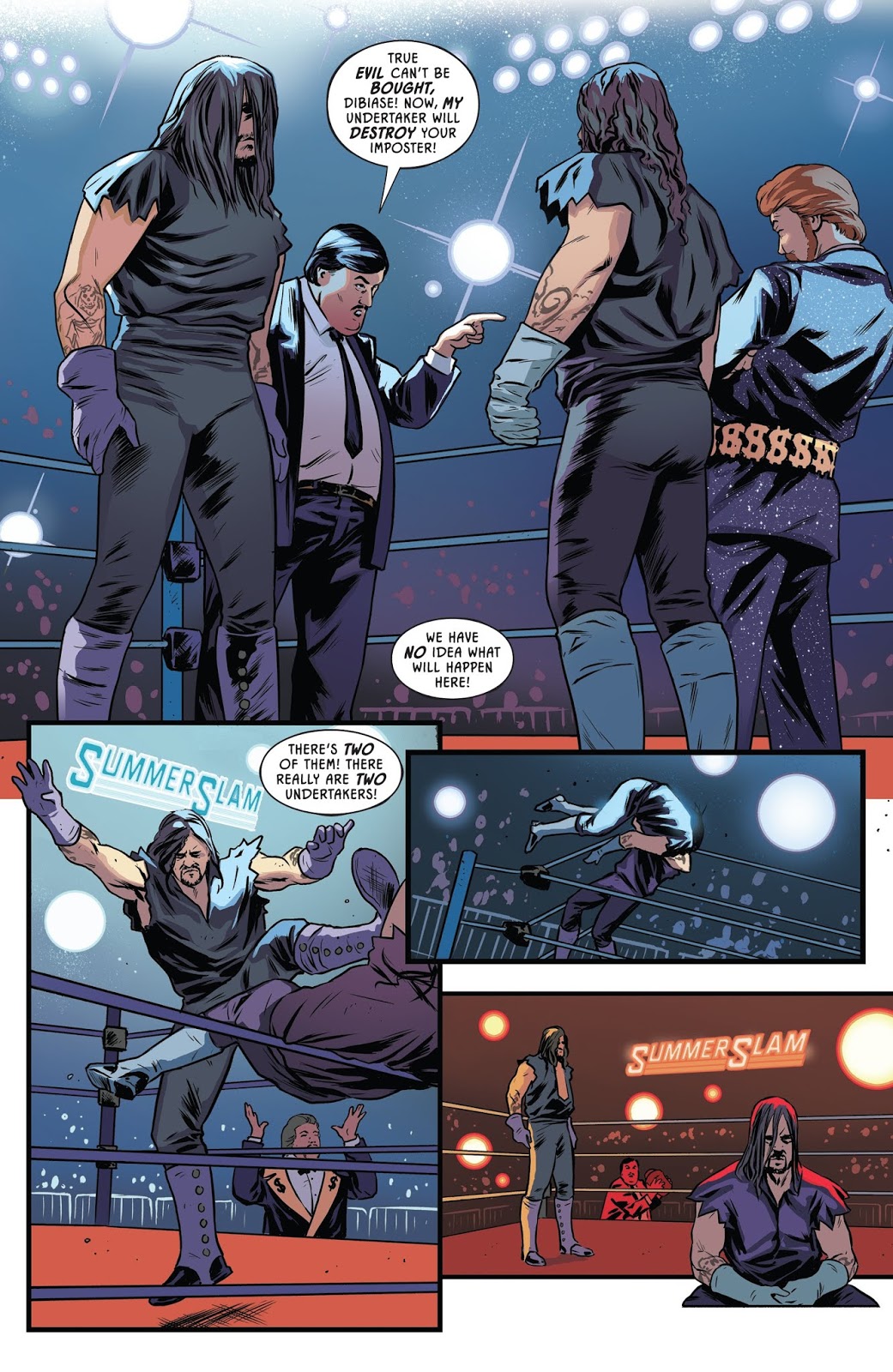 Over the WWE’s entire history under different names, has there ever been another wrestler as long-lived and respected as the Undertaker. What marked him as different was that instead of wildly exaggerating his pain when attacked by other wrestlers his persona was that he couldn’t be hurt, and so was an implacable foe.

In reality the Undertaker is Mark Calloway, but Chad Dundas doesn’t bother with that, instead presenting the fictionalised biography as constructed by the WWE writers of a kid who grew up as a mortician’s son in the backwoods, before tragedy struck his family. He’s rescued from an orphanage by the scheming Paul Bearer and trained to be a fighter, before allying with Ted Dibiase for wrestling’s 1990 Survivor Series, where the unknown Undertaker became a sensation. The difference here is that unlike the sinister brooding malevolence his persona displays in the ring, the Undertaker, to start with at least, is only portraying a character, and recognises Bearer as greedy and unprincipled. Dundas presents all this convincingly, creating a tragic character from someone who in the ring is a monster.

Rise of the Deadman starts very entertainingly, probably moreso for wrestling fans, but the constant change of artists hurts. Rodrigo Lorenzo provides the sample art, and sets the style by illustrating the first two chapters cleanly and clearly, but then isn’t seen again as five different artists complete the story. Serg Acuña is the best of them, already working on other WWE titles and good with likenesses and action, but the other artists aren’t up to his standard. Bland pages with poorly proportioned figures and some just plain poor fill the remainder of the book.

It’s also at the halfway point that Rise of the Deadman becomes in effect a list, a couple of pages a time spotlighting moments of the Undertaker’s long WWE career. It’s nice for wrestling fans, but removes any story element for readers unfamiliar with his career. It’s a pity as had the same artist drawn everything and Dundas been allocated some more space to thoroughly detail elements of the Undertaker’s career Rise of the Deadman could have been so much better.