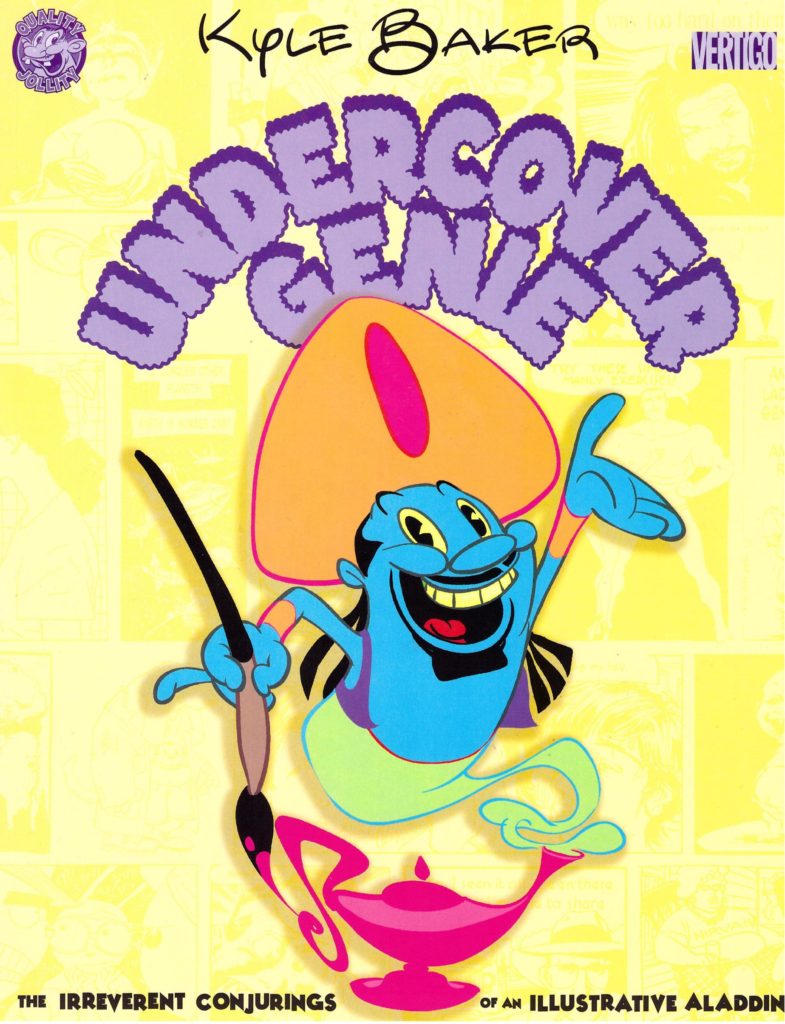 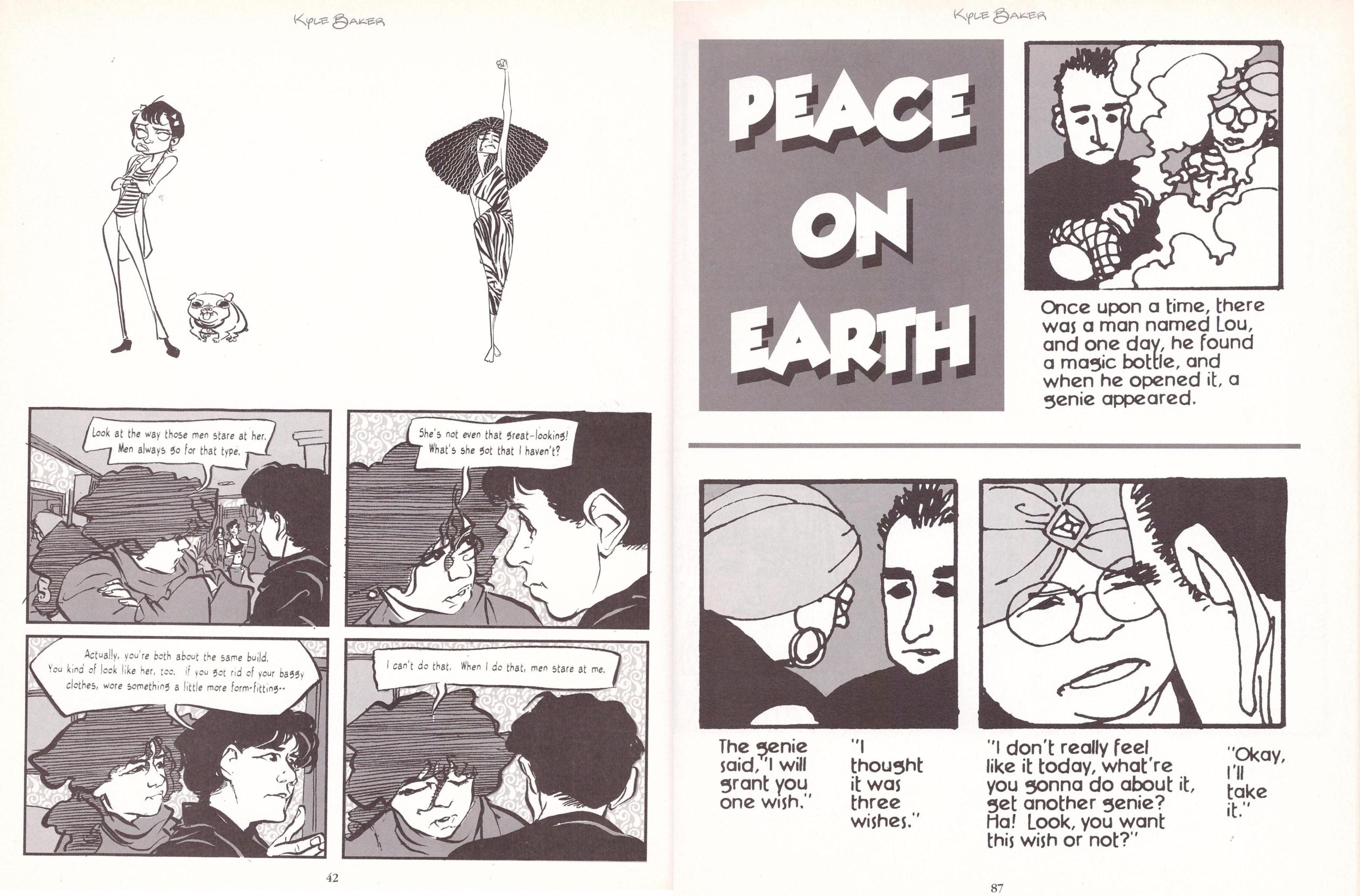 In an acerbic introduction Kyle Baker details some of his working methods, noting himself as a graphic artist, and as such keeping on top of current styles and techniques is the least of his job. Despite his run of highly acclaimed graphic novels, he looks back on the 1990s as dry years for comics, but ones where lucrative employment was available elsewhere, and with far larger audiences. And, as he points out, when working in the world beyond comics there are no arguments about who owns the copyright.

Undercover Genie mixes some of these strips with published illustrations and others completed as practice, knowing it would be likely in the post-millennium years that there’d be a demand for caricatures of George W. Bush for instance. A few gag strips and poems with illustrations are thrown in, and while individually everything is drawn well and there are laughs, it’s all about the context. If you saw the poems and illustrations as cards in the gift shop they’d be hilarious, but reproduced here and scattered randomly through the book they lose impact.

Likewise the snippets of strips. We have a couple of out-takes from The Cowboy Wally Show, and several short, smart observational sequences about insecurity originally intended for the You Are Here graphic novel, which eventually took a different direction. These are augmented by random brief skits, many printed at a large size, so spreading a gag that would have more impact paced over a single page. Some, like Ghost Chimp, M.D. do say everything needed on the single page, but they’re the exception. Too much feels like the project drawer being emptied, Baker serving the ideas he worked up a little, but which never came to anything.

All this moaning hasn’t yet accounted for Baker being a brilliant cartoonist, possibly under-rated, certainly versatile, economical and intuitive. He’s phenomenal at capturing a personality. There’s a Prince illustration recasting him as Boticelli’s Venus emerging from a sea shell, which is the type of egocentric thing he might actually have done had it occurred to him. Baker replaces the shell with a shell-like arrangement of dollars, and over his groin places the symbol Prince once used instead of a name. Other caricatures are simpler, but every bit as precise, and each captures the essence of a personality.

Think of Undercover Genie as the random bonus material on a DVD and you won’t be disappointed, but expect a fully realised Kyle Baker project and you may be.