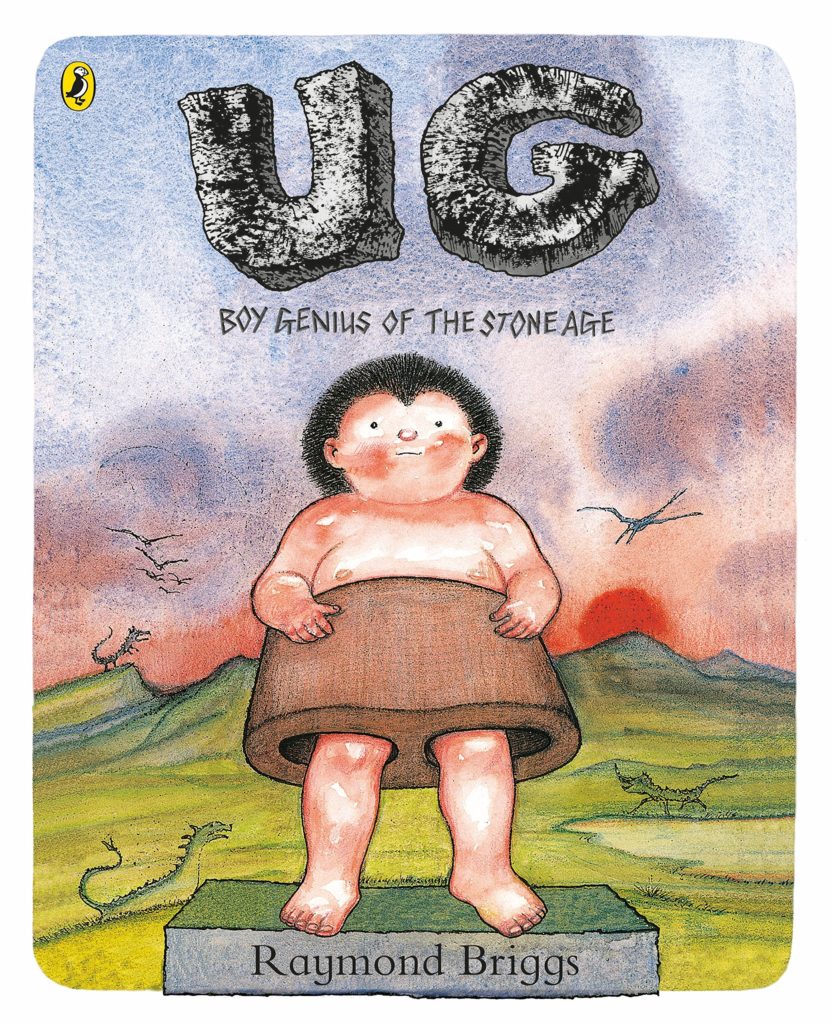 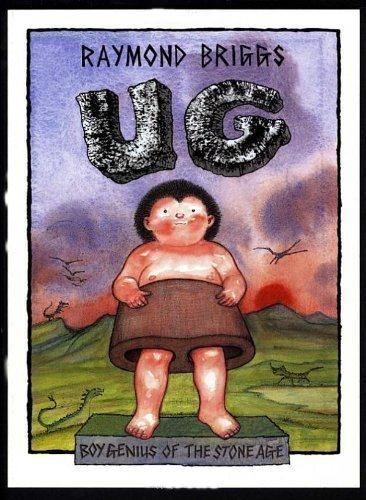 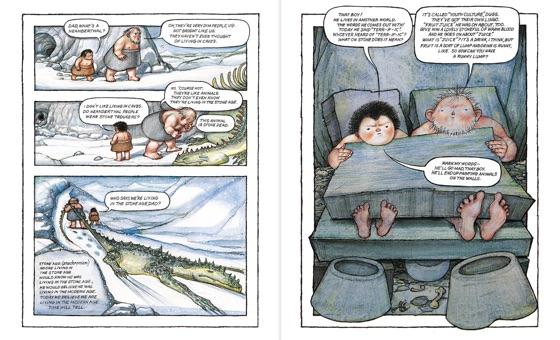 Ug, Boy Genius of the Stone Age is a less recognised element of Raymond Briggs’ output, never selected for animated adaptation, and not the first book of his that ever comes to mind. It’s certainly one of his shortest works, but as elegantly drawn as his better known books, and just as funny.

The primary joke is that because it’s the Stone Age, caveman Ug and his family have to construct everything from stone. The hilarity begins on the opening page with Ug waking in the morning on his stone bed, lying on a stone pillow beneath a stone duvet. He’s a restless soul, uncomfortable in his sandstone trousers, and Briggs gets much mileage from modifying the parental lectures he no doubt experienced as a child, explaining how some children would be grateful to eat bits of dead animal, and being scolded for his language. His fine sense of the ridiculous continues throughout his polemic about the relentless squashing of children’s imagination. Stone boats sink, stone footballs hurt the feet, and stone cricket balls break the stone bats. Ug yearns for something more. Comfortable trousers for starters, and every practical suggestion he makes for other improvements to Stone Age life are rejected as fanciful because he’s too young to really understand why things are the way they’ve always been.

Briggs employs anachronisms throughout, explaining them as such in endearing footnotes, and his illustrations accentuate the prevailing uncomfortable conditions, almost everything coloured grey. The exception is the disgusting red and green slimy food, containing an assortment of eyes and whole small creatures. The prevailing sense of acceptance and aggressive fatalism on the part of Ug’s mother is hilarious and while Ug is smart enough to discover a possible new form of trousers, Briggs works towards an ending in one sense in keeping with the entire tone. In another, it’s the only point at which he departs from his theme, employing a relentlessly realistic finish that most readers won’t have considered. At only 28 pages it’s a relatively quick read for an adult, but in all the praise Briggs generates it’s easy to forget he produces his comic stories for children, and they’ll love Ug.