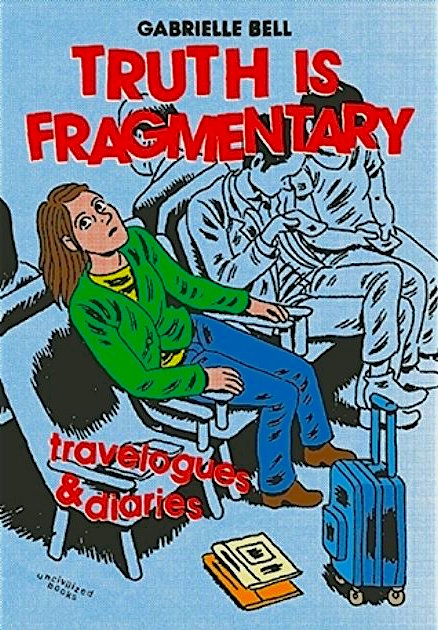 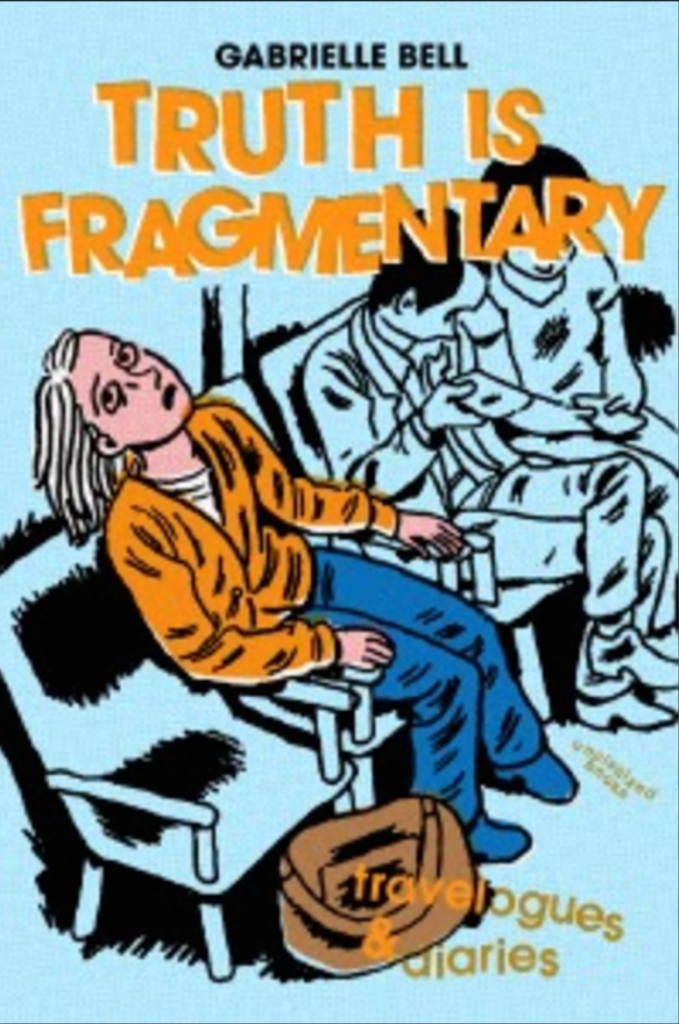 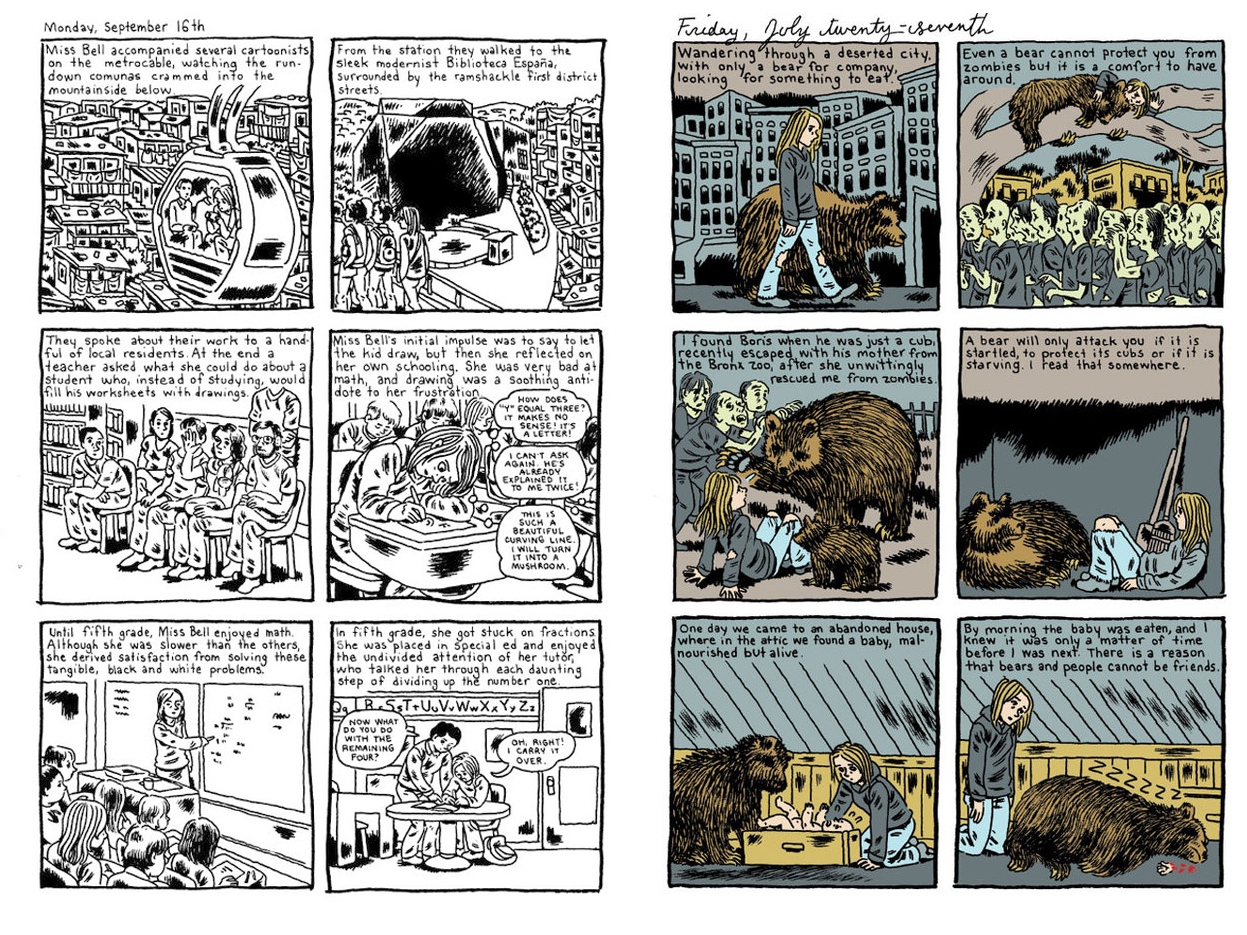 Truth is Fragmentary is a collection of comics diaries created by Gabrielle Bell between 2010 and 2013, documenting her experiences at international comics festivals in France, Sweden, Switzerland, Norway, and Colombia in between slices of her ordinary life. “…as a struggling, obscure cartoonist,” she writes in her introduction to this book, “these festivals were important to me. They gave me an opportunity to travel to places I never would have been able to afford, much less have a reason to visit. They also gave me the validation and identity as a professional artist that I badly craved. It was for these reasons that I felt compelled to keep diaries of the trips and post them on my blog. It was a part of my life that seemed more meaningful than the rest, a dream that had come true.”

All the more amusing then, that her depictions of these trips are so filled with her insecurities, difficulties in interacting with people, self-consciousness, nervousness and reluctance to do almost anything someone else wants her to. As with her previous books Lucky and The Voyeurs, Bell presents her stories mostly as one to three-page, six-panel slices of wry, silly, anxious, dreamy interludes drawn with her direct, simple but expressive line. She never uses close-ups in her comics, so the characters are always at arms length or further away, where we can study them like lab animals as they undergo all kinds of stressful, trivial yet significant encounters.

Along with the travelogues, this book features three of Bell’s July diaries, made mostly at home in Brooklyn, New York, where she creates a page of comics every single day of the month without skipping one day, no matter what. The rigid rules force her to look inside herself for material when nothing much is going on, and as she becomes freer with documenting events, the strips become hilariously unmoored, turning in unpredictable directions as she looks for ways to resolve a page and give the day some kind of shape. She is so good at structuring directionless, amorphous conversation or aimless musings into a neat vignette that when she introduces utterly ridiculous scenarios like the ‘Brain Booster’ you don’t question what you’re reading, until she reminds you who is controlling everything you see. “It was after all the experience of being myself in the world that interested me,” she writes in her introduction, “Where or when it was happening was not exactly immaterial, but any experience would do.” There is often an element of schadenfreude in autobiographies, with unreliable or misanthropic narrators relating stories of awful events and unpleasant encounters that are far more enjoyable to read about from a distance than to live through. Bell is always alert to such clichés and knows how to make her various failings and torments interesting in themselves, but her distinctive, jokey dissolving of the boundaries between reality and fantasy is what makes Truth is Fragmentary so enjoyable.