Too Much Coffee Man’s Guide For the Perplexed 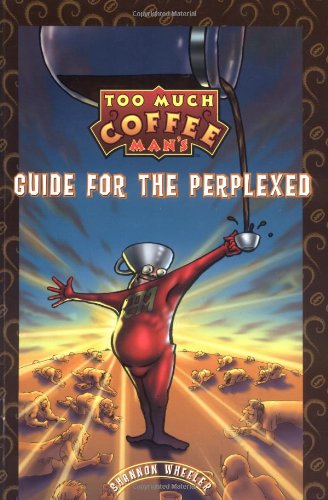 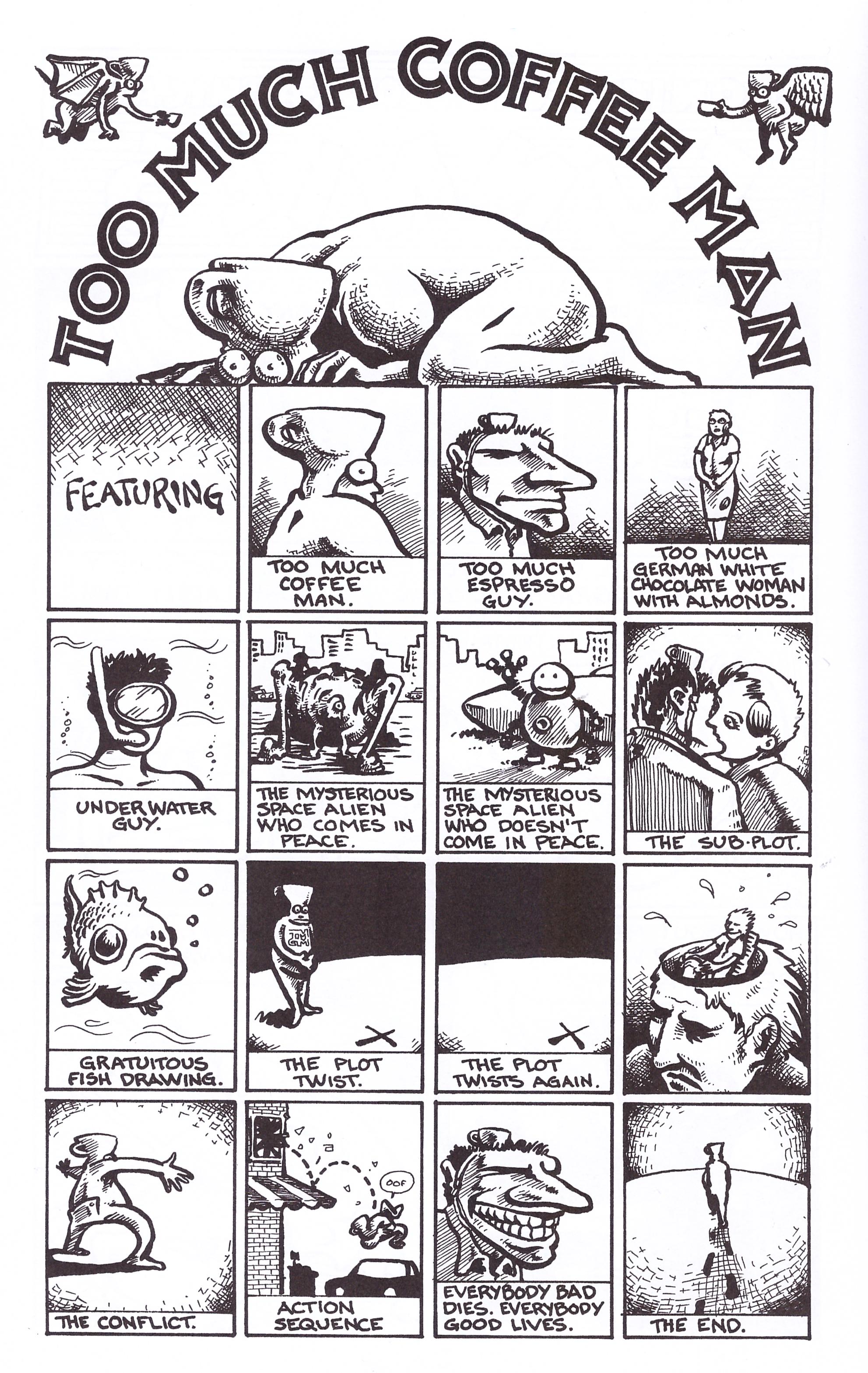 In his afterword to this first collection of Too Much Coffee Man strips Shannon Wheeler notes how the character was created in order to achieve a form of audience recognition, while in interviews he’s said he wanted a vehicle to talk about alienation and isolation. Beyond Peanuts, these aren’t topics regularly addressed in comics, let alone via an ongoing feature, and that’s not the way the strip begins. Instead Wheeler takes some time to find a voice.

The earliest strips are superhero pastiche, laboured in striving for something different, but nicely drawn and already offering some pointed observation amid the satire. Think of them as an americano or nicotine hit. It’s not until after a mugging intervention, a comment on brains vs. brawn, and visits to Mars and the future that Wheeler hits on his style with ‘Too Much Coffee Man Meets His Coffee Maker’. Here over four chapters Wheeler dispenses with any pretence of superhero action, actually entirely cutting it out between panels in one instance. Instead he introduces the introspection and existential despair associated with Too Much Coffee Man and his path has been found.

Once that’s been decided, Wheeler realises his strips can be distilled to espresso essence single page sequences and the format that defines the strip has arrived, although there’ll be some more experimentation before he settles on it once and for all. Assuming the strips are printed chronologically, Wheeler delivers an absolute gem second time out used as the sample art. Not only does it condense 95% of action dramas, the ridiculous characters created for it supply him with an instant supporting cast. Later strips may have more refined gag construction, but the individual observations are filtered into this work along with questions occurring to an enquiring mind. Would you prefer to have a nail driven through your hand or work retail? Is education useful? Just how do computers work? The answers to those questions, and the manner in which they’re presented, define Wheeler as a cartoonist who has his own niche supplying what others can’t.

While an occasional coffee joke still makes the cut, by the end of this collection with a single exception the smoking references are no more, and the coffee motif is largely irrelevant other than for an occasional comment on identity. A series of strips run with the topic of Too Much Coffee Man selling his individuality for a movie and the gradual changes required that remove all originality. Some jokes are obvious, but far more often Wheeler hits on something that won’t have occurred, and the excesses and injustices he was commenting on in the 1990s have if anything increased since, so Guide for the Perplexed remains relevant and funny. 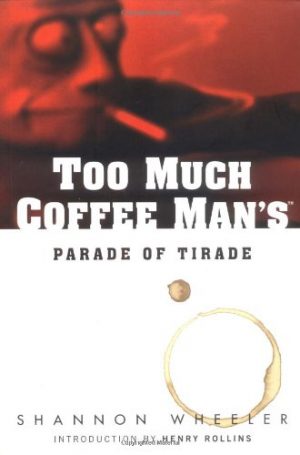 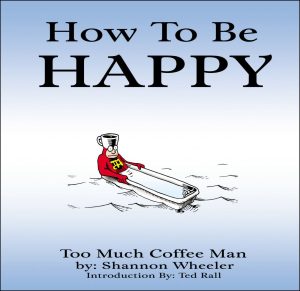 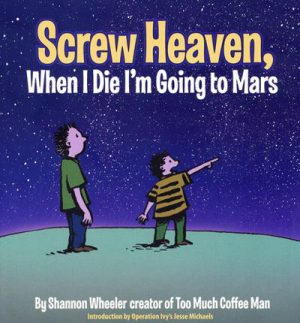