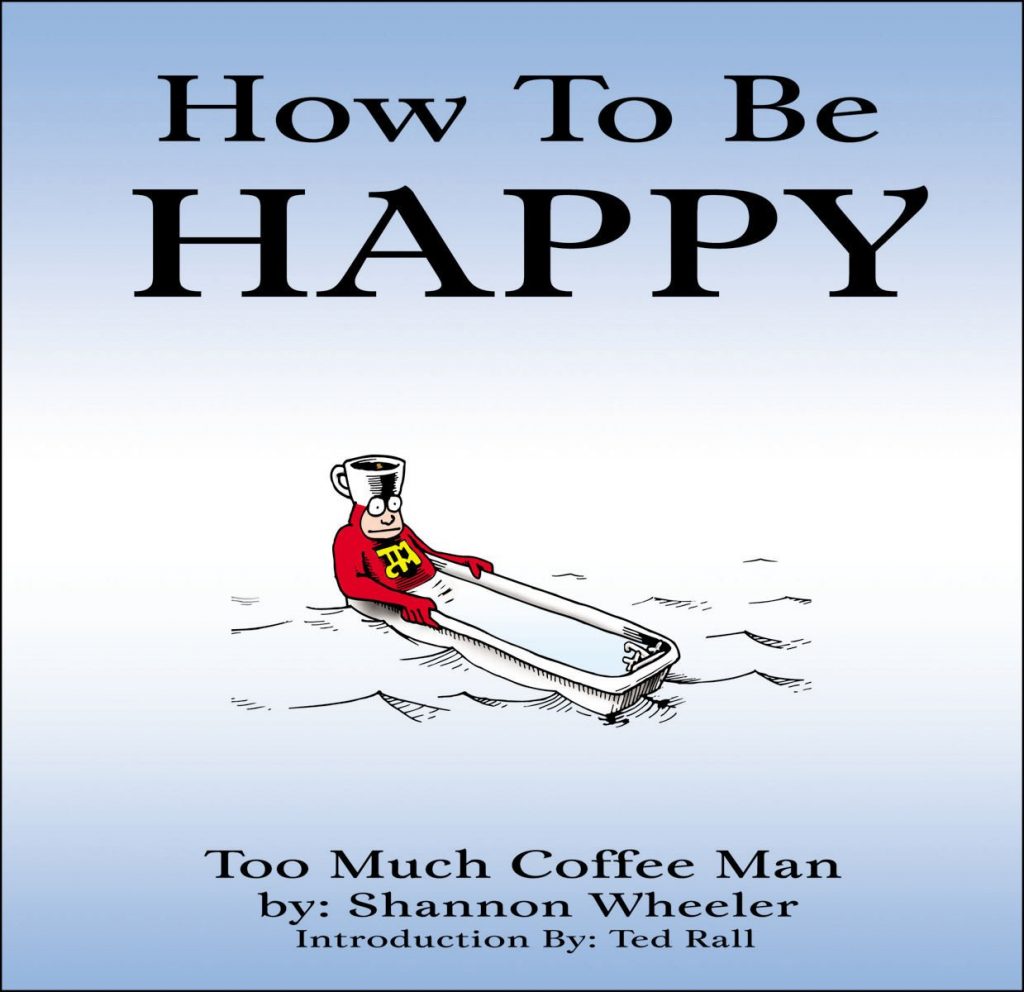 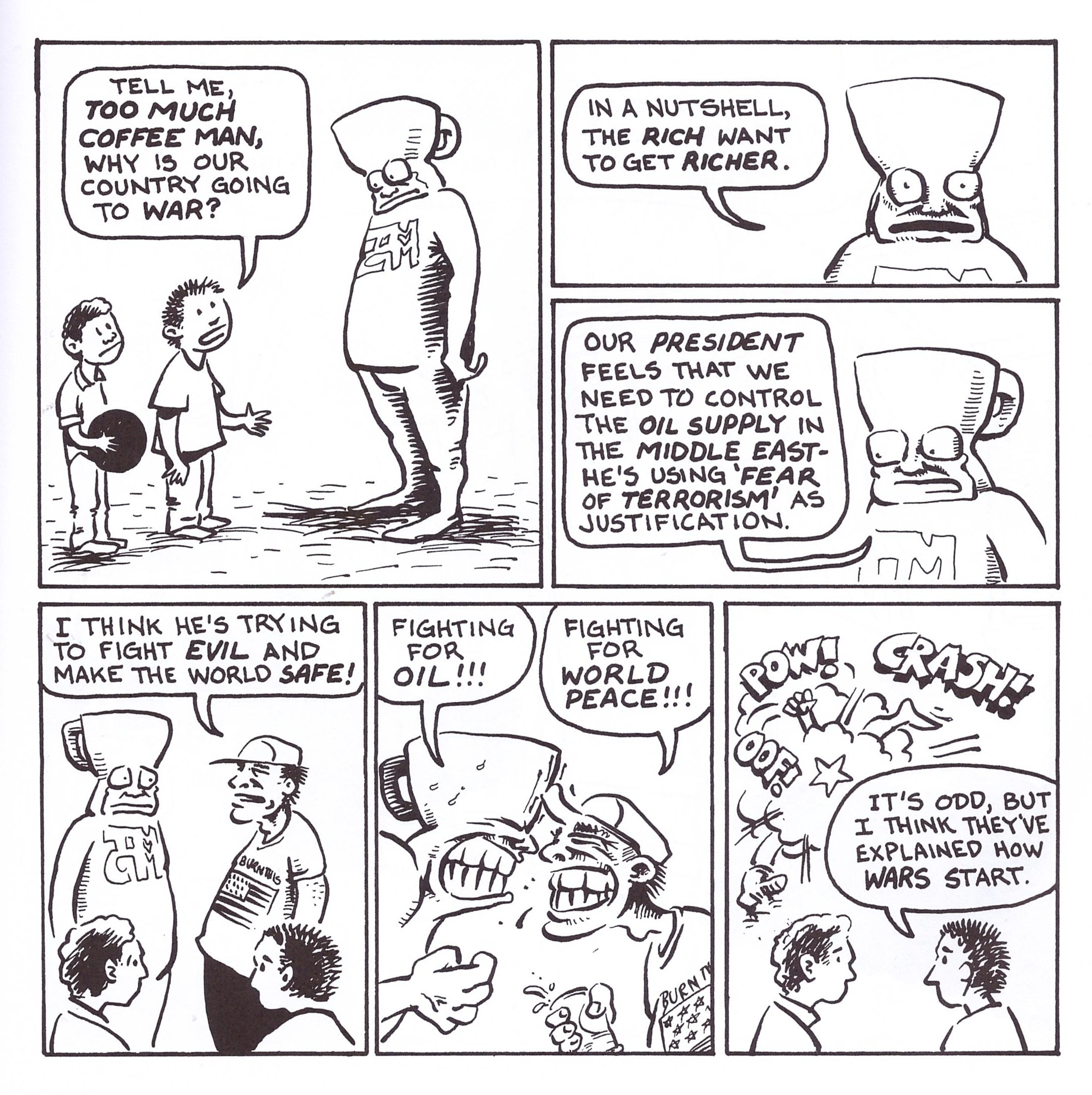 How to be Happy is the collection where Too Much Coffee Man settled into its final incarnation, the square panelled format leading to a closing a gag or comment. When these strips were created Shannon Wheeler had been working on the character in one form or another for around ten years and had refined his process to be able distil the essence of what he wanted to say in fewer panels. Sometimes only the single panel is necessary, such as TMCM slumped in his armchair while his TV broadcasts his viewing rights as a pastiche of a policeman reading rights at an arrest.

The title is of course ironic, unless schadenfreude is your thing, in which case see TMCM as the guy who’s always worse off than you are and perhaps the title could work for you. At heart Too Much Coffee Man concerns pressure, the pressure to conform, to be productive, to impress, all produced in a pre-social media age where those imperatives and subsequent consequences have manifestly increased. Interestingly in this new reduced package form the separation line between Wheeler and the standard feeble daily strip recycling the obvious is diminished. However, Wheeler’s distance is maintained by his original viewpoint and by authenticity. He may be the happiest man on the planet, but the strips convince otherwise, that he lives through the despair he provides. In one strip a kid is told of blowing on a dandelion and making a wish, and asks what if the wish doesn’t come true. He’s told to get used to it. You don’t find that kind of brutal honesty in Dilbert.

Sometimes Wheeler can’t distance himself from his feelings. One full page is just a 34 line apology for the USA to the rest of the world, detailing the inconsiderate, selfish and arse-covering behaviour of the nation circa 2005. How much Americans took it to heart can be judged either by their electing Barack Obama President in 2008 or Donald Trump in 2016. It begins a section of strips about Too Much Coffee Man’s heartfelt sorrow at how the USA’s war on terror is progressing and what patriotism has come to mean. A few strips on, another character goes to hell and is given the run down as to conditions. The joke is that they match the USA in 2005.

Occasionally Wheeler steps back from political and social despair, and it’s surprising to see he can produce a classic gag strip. The devil sneezes, and the response is “God bless you”. Established gag writers would be happy with that. Better still, he follows up with an explanation of the phrase, which fits right into Too Much Coffee Man’s mood.

The introspection and downbeat mood means Too Much Coffee Man will never have universal appeal, but zone into his world and you might believe there’s someone worse off than you are. The more personal selection of Screw Heaven, When I Die I’m Going to Mars is next, or the first five TMCM collections are packaged together as the Too Much Coffee Man Omnibus.