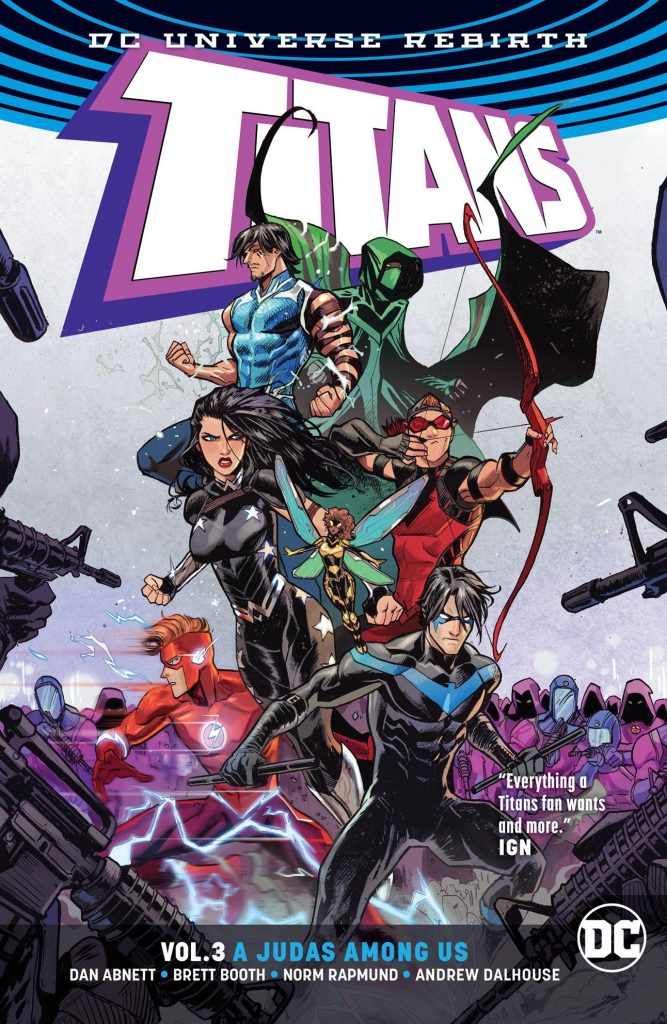 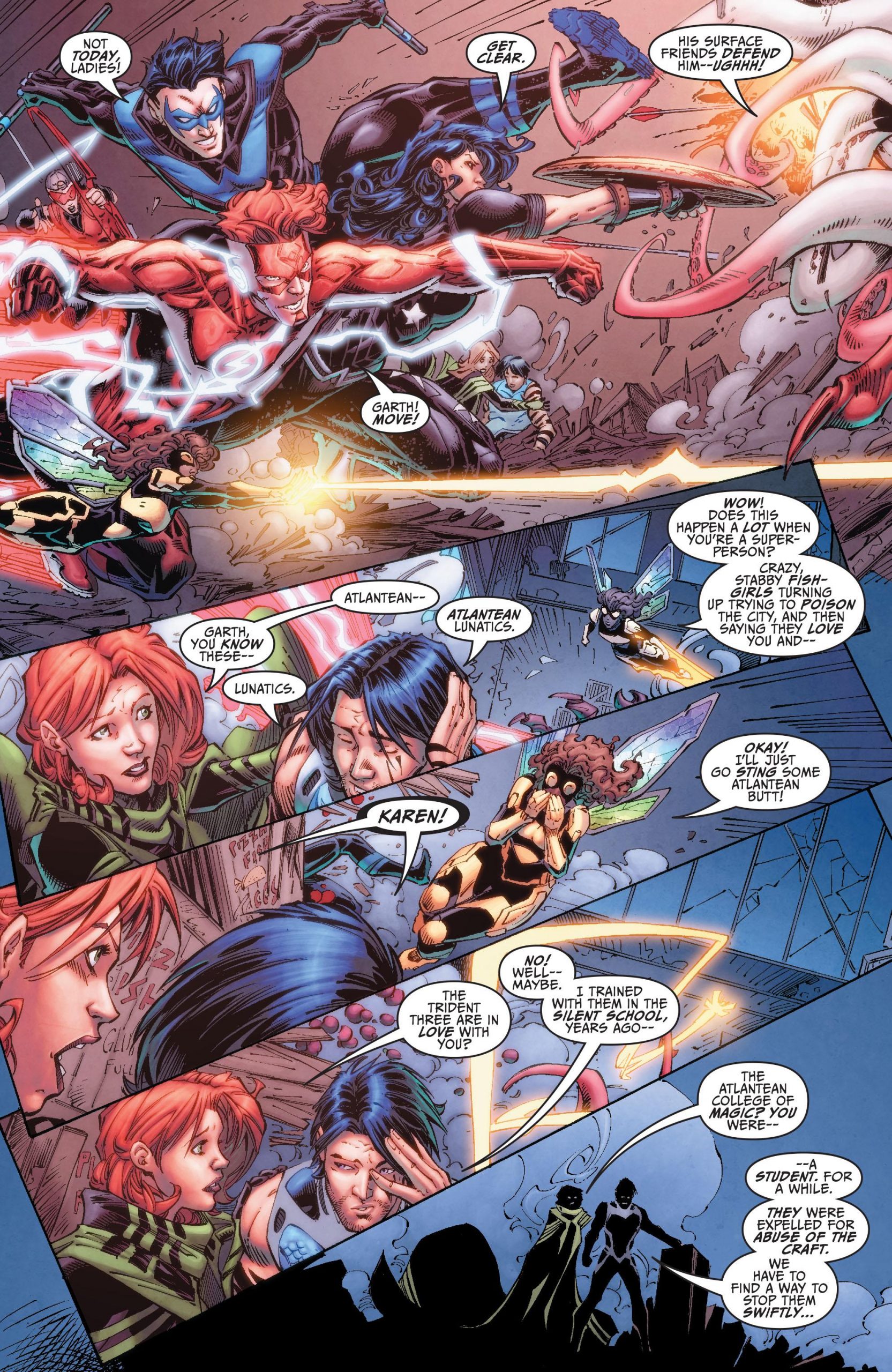 Titans volume two was Made in Manhattan, and this is volume three, but The Lazarus Contract crossover separates the two books, and anyone who wants to keep up with Titans continuity is advised to read that first. It has a startling revelation about Donna Troy, a lesser one about Nightwing and the Titans’ past, and the introduction of a health problem for Flash. They’re all mentioned in passing in Dan Abnett’s opening chapter to keep everyone straight, but that’s not the same as experiencing them as plot bombs and besides, The Lazarus Contract is a fun read.

That opening chapter is both a clever set up for the remainder of the book and a clever discussion between Omen and Psimon, in which we learn about the fears and weaknesses of assorted Titans. “One of you isn’t who they seem”, it reveals, “one of you will betray the others”. Despite being told she knows who this is, Omen doesn’t, so she’s no longer able to trust any of her team mates entirely. It’s a plot Abnett exploits well. The seed of doubt is disclosed early and applies to everyone, although the revelation isn’t withheld too long from readers.

As in previous Titans collections in this run, the art lags behind the writing. It’s very much stuck in the mode of 1990s Image superhero comics, which were extremely popular in their day, but their excess and disregard for the human figure hasn’t dated well, so why Brett Booth continues to use that style is a mystery. As in earlier volumes, he designs his pages well, but his technique is otherwise suspect. Guest artist V Ken Marion works in much the same style, but with additional clutter, while Kenneth Rocafort leaves some space around the cast, and his pages look better. There are some flat faces, but otherwise Minkyu Yung’s art is the best looking of all.

Abnett’s also looking to the past in terms of his writing, although it’s not as obvious since the soap opera dynamics Chris Claremont developed for the X-Men from the late 1970s have become the superhero standard. However, the analogues are there, if at times the strokes appear broad. There may no longer be thought balloons, but Flash talking to himself and analysing everything is straight from the Claremont textbook, but Abnett also knows how to plot a thriller. He doesn’t drag the mysteries on too long, confident that his next surprise will prolong the interest, and he’s right about that. One great twist leads to another, and the intense emotional connections have their purpose. Abnett really ramps them up, almost to parody levels with the likes of “your hands around her ancient throat. Squeezing. Cursing her for leaving you alone”. Even that, though, is important as each of the Titans is put through the wringer, but not in the way Abnett initially hints they will be. If the art were better, Titans would be one hell of good superhero title. Titans Apart follows.