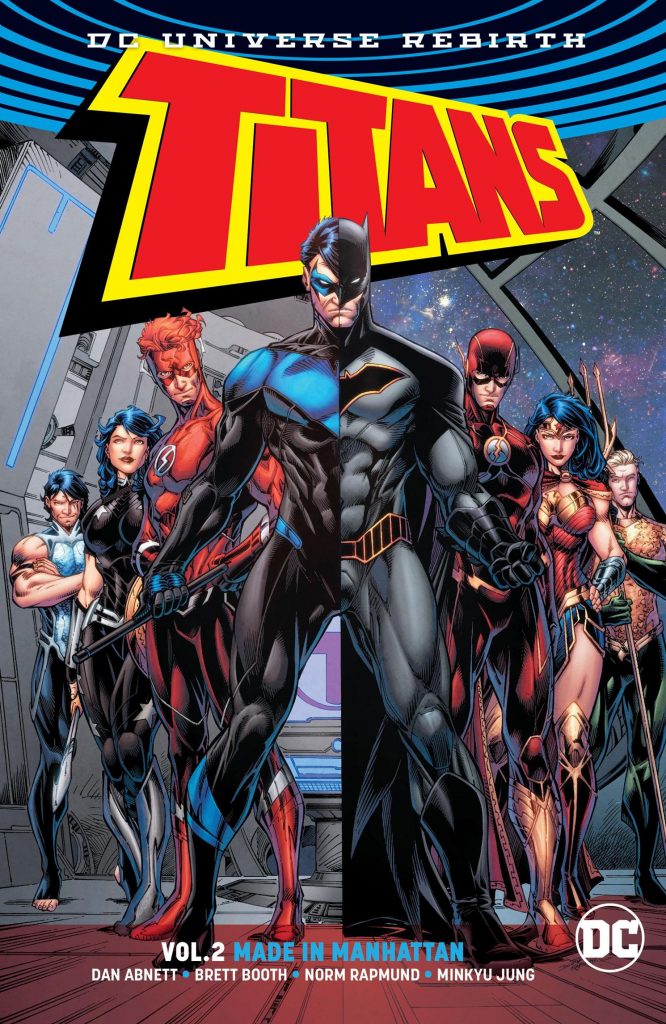 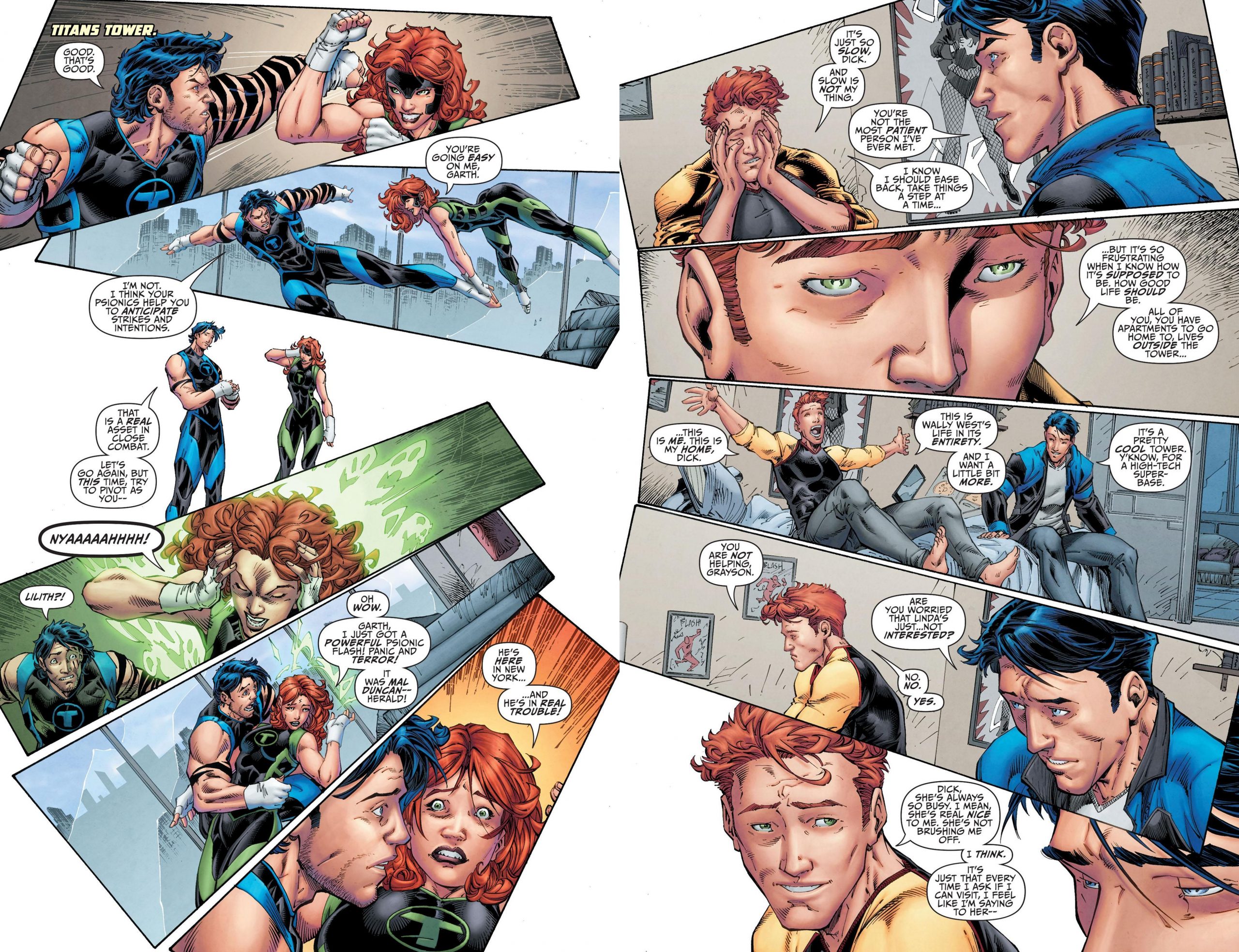 Having reunited, the Titans need a base, and with Gotham and Metropolis already having their protectors, Manhattan is the location of choice, although in-story it’s because of a hint Abra Kadabra, nuisance from the future dropped during The Return of Wally West. In a pleasing opening chapter drawn by Lee Weeks, Dan Abnett works into the administrative logistics of the Titans operation, has Superman and Wally West in a heart to heart followed by a race, and matches that with some pleasing scenes between Arsenal and Donna Troy. If the villain of the piece comes across as irrelevant, that’s because he is. Abnett has bigger things up his sleeve. It seemed from the previous volume that Deathstroke was going to feature, but he has to wait until The Lazarus Contract, while Abnett instead reintroduces the Fearsome Five, some last seen in Titans Hunt. It’s a gleefully sinister return, with readers well aware of who they are before the characters who meet them.

The sample pages showcase the good and the bad of Brett Booth’s art. His often fragmented panel layouts are ambitious and interesting, but all too often the figures are twisted into distortions of reality, masses of unreal muscles and sprayed-on costumes. Primary colourist Andrew Dolhouse works wonders. It’s only when looking at pages to see how the art is constructed that the focus hones in on how he creates many of the backgrounds from swirls of colour, as while Booth’s detail is strong when it comes to characters and costumes, his backgrounds are simple, sometimes even rudimentary. Dalhouse provides the depth. Lee Weeks on the opening chapter by contrast is compact and efficient, and there’s a greater feel of friends interacting on Minkyu Yung’s chapter.

Abnett’s surprise is that the Fearsome Five have reformed, and have set up a corporation to help others with super powers. The reader, along with the Titans, may have their doubts about this, but the plot plays out efficiently. That’s followed by another well observed character study, Abnett comparing four Titans with their Justice League counterparts, some friends, some mentors and some with a different relationship. This is in the context of them all having been teleported by persons unknown to a sealed location, and the result is a festering brew of suspicion and mistrust when co-operation is required. There’s a manipulative villain crowing “The mentor/pupil relationship is complex and intimate. A mentor can pick apart his pupil’s mind. An apt pupil can reveal his mentor’s private self”. Best of all, Abnett uses the event for a major revelation about one of the Titans. It ends with a mystery, picked up on in A Judas Among Us.

With Titans Hunt and The Return of Wally West Abnett’s start on Titans was a rocky one, but Made in Manhattan showcases the writer he’s been elsewhere, with clever plots and intriguing character moments. If only the people looked better. Vol. 3 is A Judas Among Us, but before that there’s the matter of The Lazarus Contract.