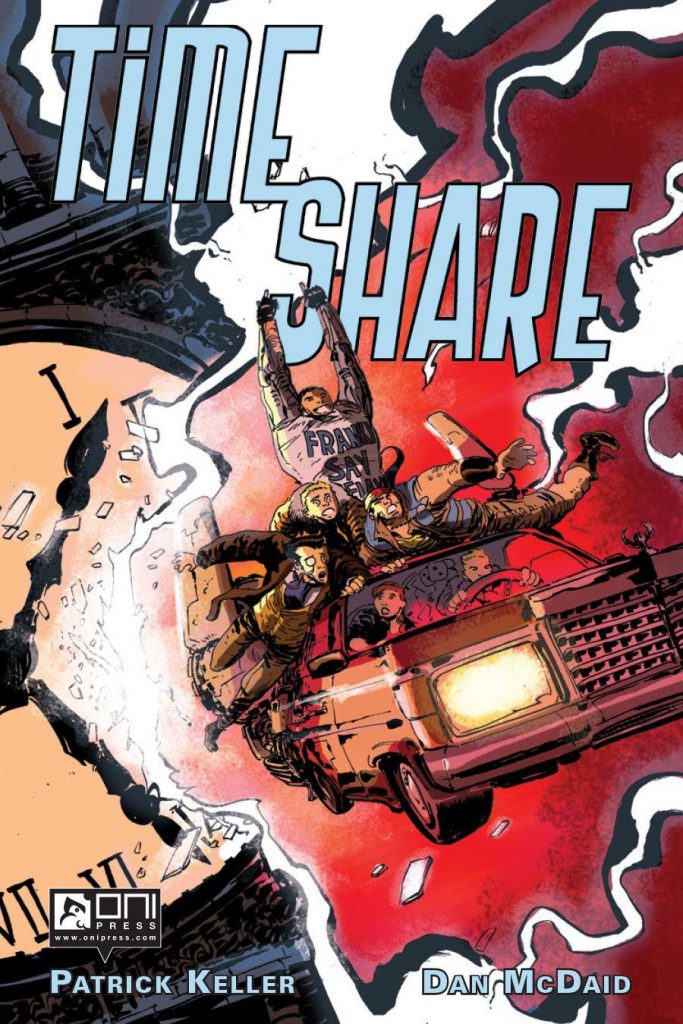 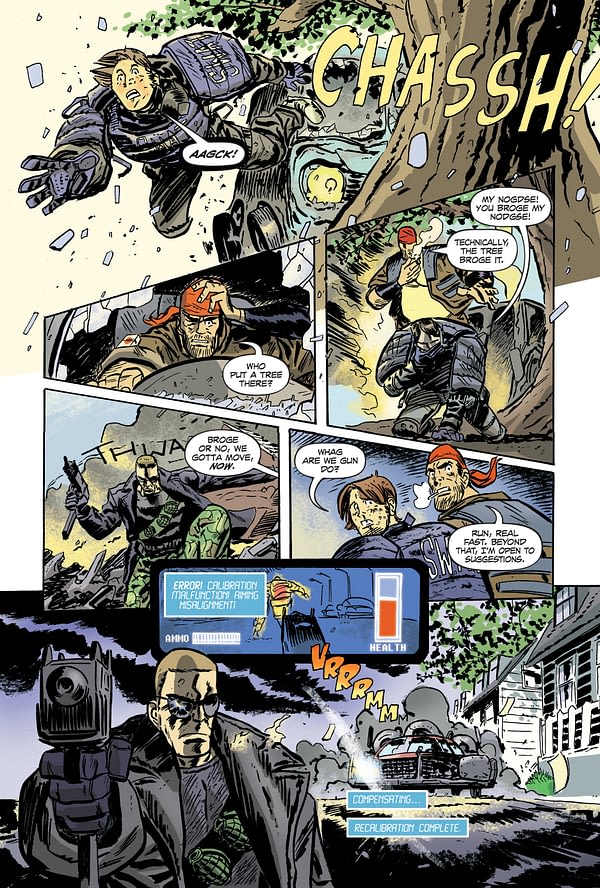 We first meet Ollie Finch in what for him is the past where an earlier version of his Uncle has just fixed the rocket-powered time-travelling technology attached to a car that he’ll invent later in life. If that sounds familiar, get ready for a parade of other references as Patrick Keller channels every 1980s film or TV show about time travel loved during his childhood. More and more barely disguised analogues are introduced as Ollie begins to despair that he’ll ever make it home again.

In principle, Time Share isn’t a bad idea, but Keller in what’s his first graphic novel can’t make it work, partly because he never knows when to let things be and give his story the space to breathe a little. He moves frenetically from one wacky idea to the next, but few of them are as funny as he thinks they are. A person believing they can speak French, but actually saying something not intended as rude and insulting is funny once, but not for almost every panel over two pages. There is an overall purpose of stopping the Big Evil, but so much rambling incoherency removes any inclination to care.

Artist Dan McDaid seems to have picked up on this very quickly, and his pages look the work of someone desperate to reach the finish line and move on. The art is functionally sketchy, but without the imagination shown when working on stories for 2000AD.

It’s a real surprise that anything as poor as Time Share made it through to the shop shelves when plenty of worthier projects remain unpublished. 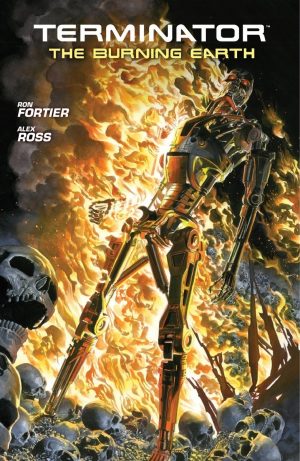