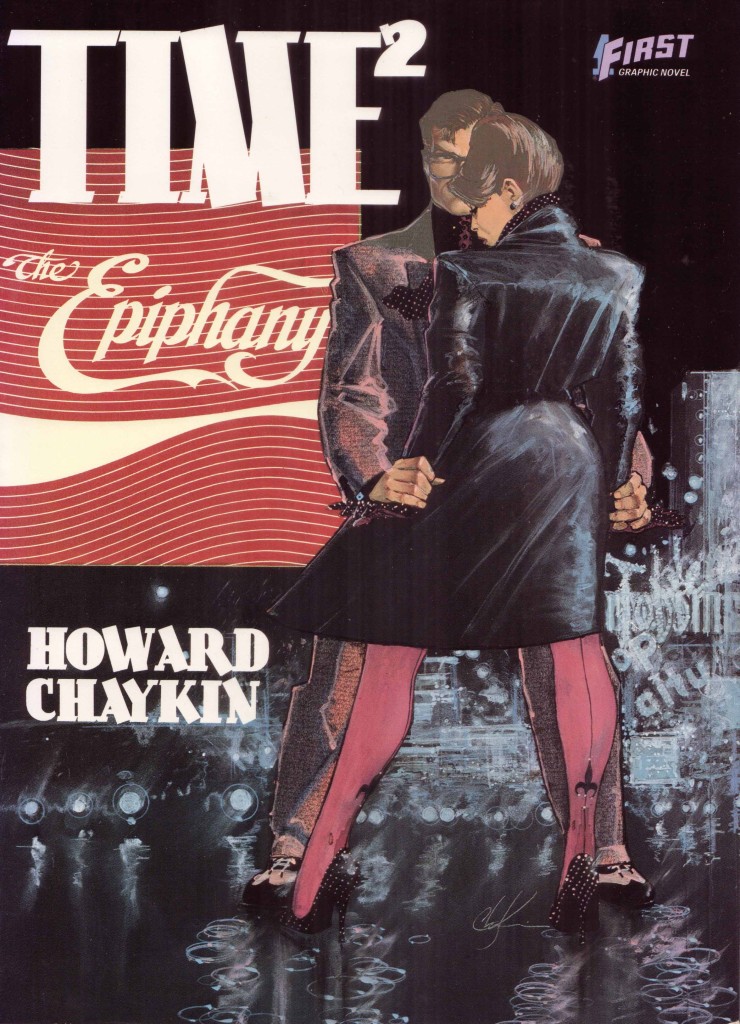 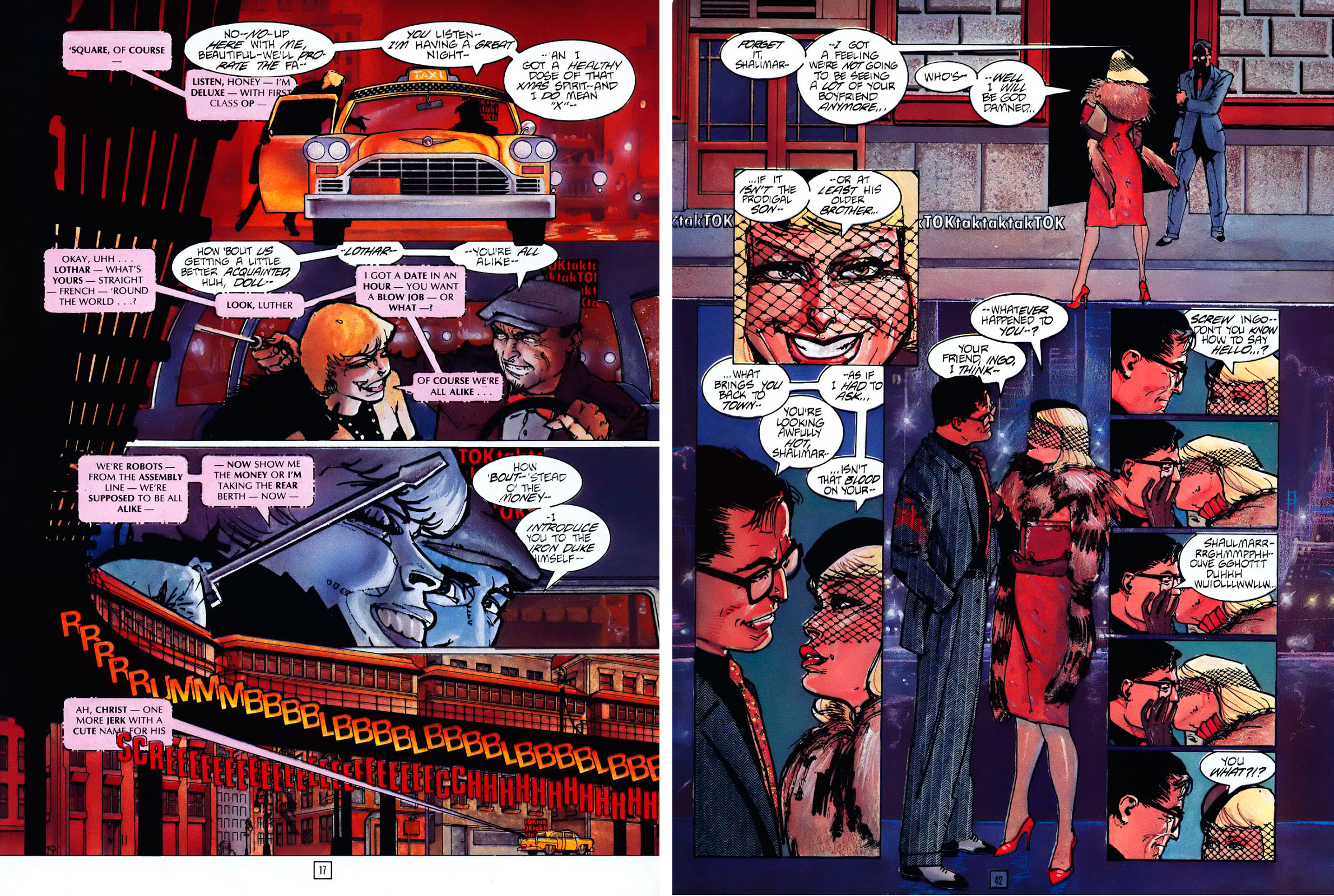 When Howard Chaykin moved on from his career-defining run on American Flagg!, he first rebooted The Shadow for DC, and then turned to Time². Rather than being a monthly comic, this series was issued as 48-page graphic novels, retailing at $7.95, which was a lot for 1986. Chaykin has described these comics as the most personal to him he’s written.

The milieu is a noir/science fiction mash-up, taking place in an unnamed city that looks like New York in the Jazz Age, but also has demons, robots and the resurrected in robot form. The hero of the piece, Maxim Glory, was driven out of town by demonic Aunt Rose. He returns when his best friend is killed. Meanwhile there’s a psychopath destroying robotic prostitutes in a plotline that in the end turns out to be largely irrelevant.

Time² looks amazing. Chaykin’s composition of pages is very impressive, with some stunning imagery, integrated, as in Flagg!, with Ken Bruzenak’s sound effects. Chaykin has deliberately moved on from the style employed in Flagg! – there’s a harsher line here, perhaps under the influence of what Miller was doing at the time. The storytelling is intricate, with overlapping dialogue, a technique Chaykin had used in Flagg!

Unfortunately, the story doesn’t hold up. The tale is so personal to Chaykin that he can’t be objective about it, and doesn’t see the wood for the trees. In American Flagg!, Chaykin had made the reader work to construct the world of the comic, never dumping information on them. In Time² he takes this too far – the reader is never given enough to know who the characters are, and why the reader should care about them. As is often the case with Chaykin’s work, the female characters are largely there as foils for the male lead, and spend a lot of time providing sexual gratification to males (or the voyeuristic reader). And the 48-page format doesn’t permit time to expand – the mystery of the initial murder is soon revealed, and the narrative never goes anywhere else very interesting.

Not particularly well-received at the time, there are some who would now see Time² as a lost classic. This seems to go too far. Chaykin had here a background that could have been exploited effectively. But his writing had been declining towards the end of his run of American Flagg!, and in Time² he had yet to regain the standard of the early episodes of that series. 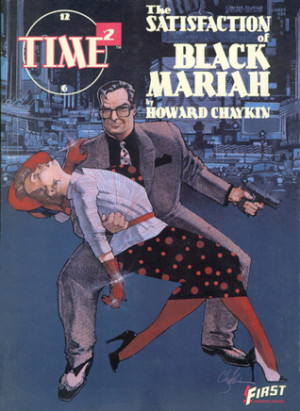