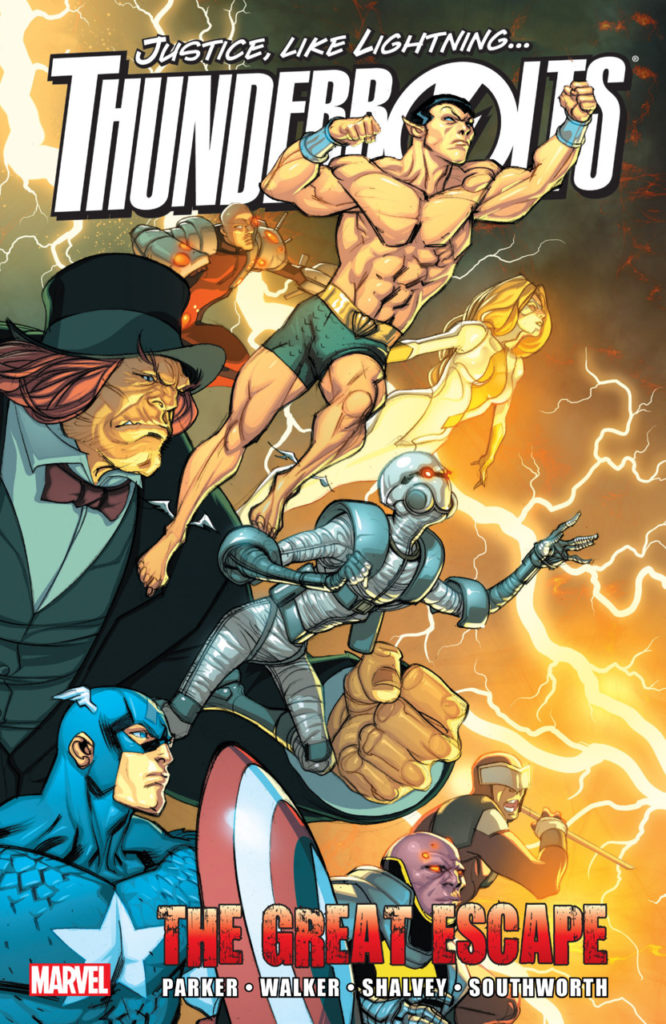 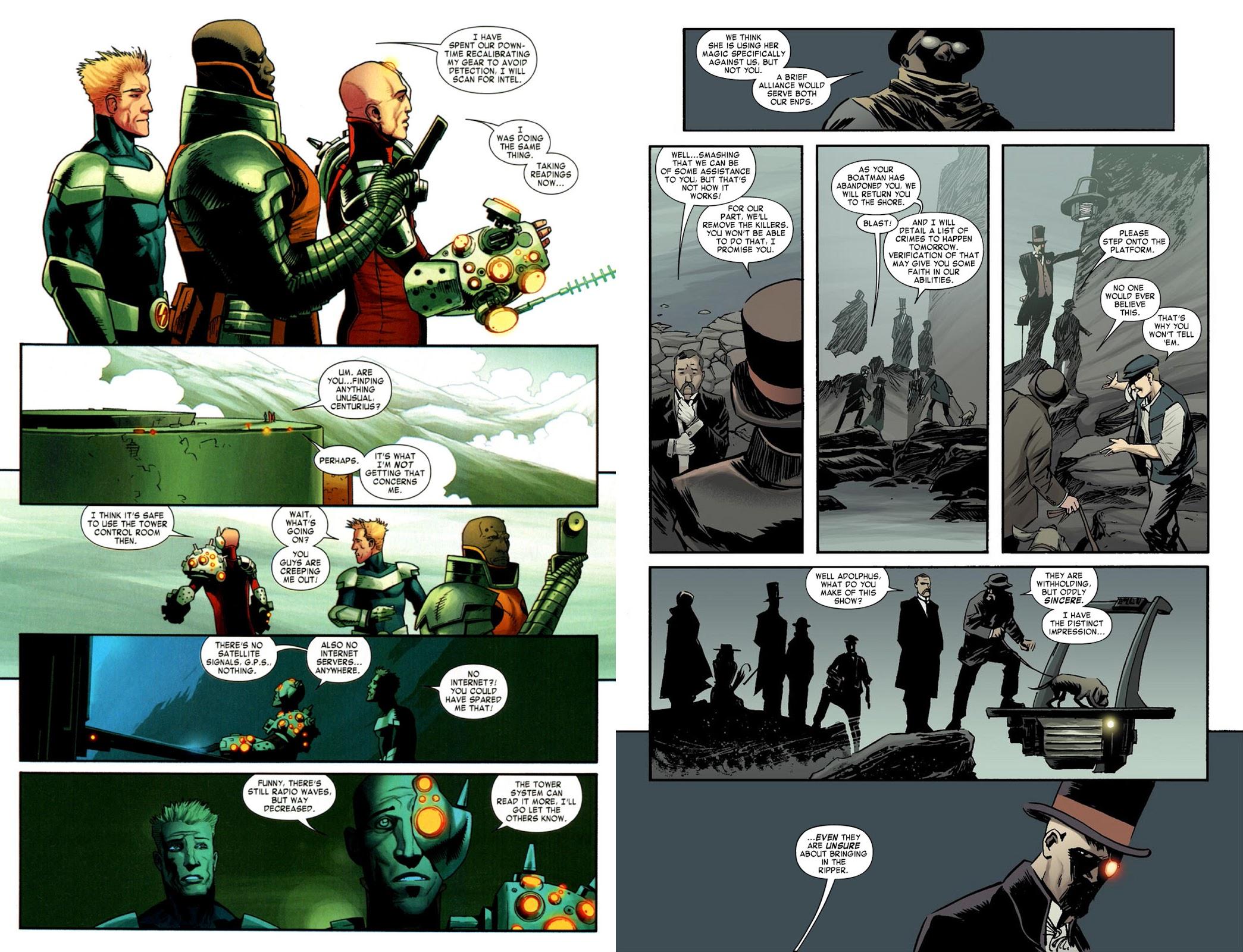 Earth being invaded by elder serpent gods sending assorted super powered characters on rampages was enough to thoroughly disrupt the status quo for the Thunderbolts, and more crucially to render the nanites by which they were controlled redundant. Fear Itself ended with a whole bunch of them making their escape.

Where they escape to is a giveaway regarding all kinds of neat stuff that happens, but inevitable if why The Great Escape is so good is to be discussed. If there’s one set of villains always there to be beaten up with no-one complaining about how they’re misunderstood or mentally ill, it’s the Nazis, and as the missing Thunderbolts first turn up during World War II plenty of those are on hand. Mr Hyde has an especially brutal attitude toward them, possibly having new nationalistic sensibilities along with his new Dickensian English accent. The whole exercise is one of neat twists, the first being the Thunderbolts masquerading as heroes when the Marvel’s World War II era super team the Invaders turn up, Captain America being taken in hook, line and sinker. Then, one of the most prominent Nazis of Marvel’s World War II era is Baron Zemo. His son founded the Thunderbolts in their earliest incarnation, so that’s another item of interest.

Stepping back to World War II is half the collection, but not even half the story, which continues in Like Lightning. While the escaped Thunderbolts may have vast knowledge and power at their disposal, they’re unable to come to terms with the time shifts. They next turn up in late 19th century London, around the time of Jack the Ripper in fact, and Parker takes the nice viewpoint of what happens being viewed through the eyes of the local police.

Take a look at the noodling involved in whatever the Fixer’s wearing on his arm on the sample art. It’s the sort of engaging visual touch Kev Walker excels at, and he’s on top form throughout the World War II sequence. The content being conveniently split into different stories means the change of artist is no disappointment, though, and Declan Shalvey again modifies his style slightly to convey the eerie fog-shrouded Victorian London.

Victorian London takes a wild turn, but ultimately an unsatisfying one. There’s a menace, it’s evil, but it’s not very interesting. Neither, unfortunately is the closing chapter, which is a tour through Luke Cage’s insecurities. “You know what makes fear such an effective weapon”, he’s told, “you are the ones who supply all the ammo”, and off we go into Luke trapped in his own mind. There are some clever juxtapositions with the conversation Songbird and Mach 5 are having at the same time, but Matthew Southworth’s art is a strange mix of some strong portraits and scrappy layouts. The last two chapters, however, aren’t enough to undo the good of the remainder, which is very readable.