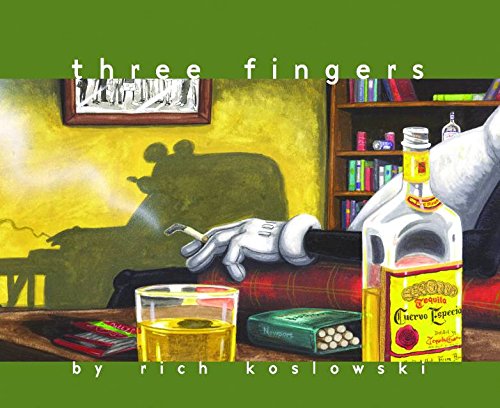 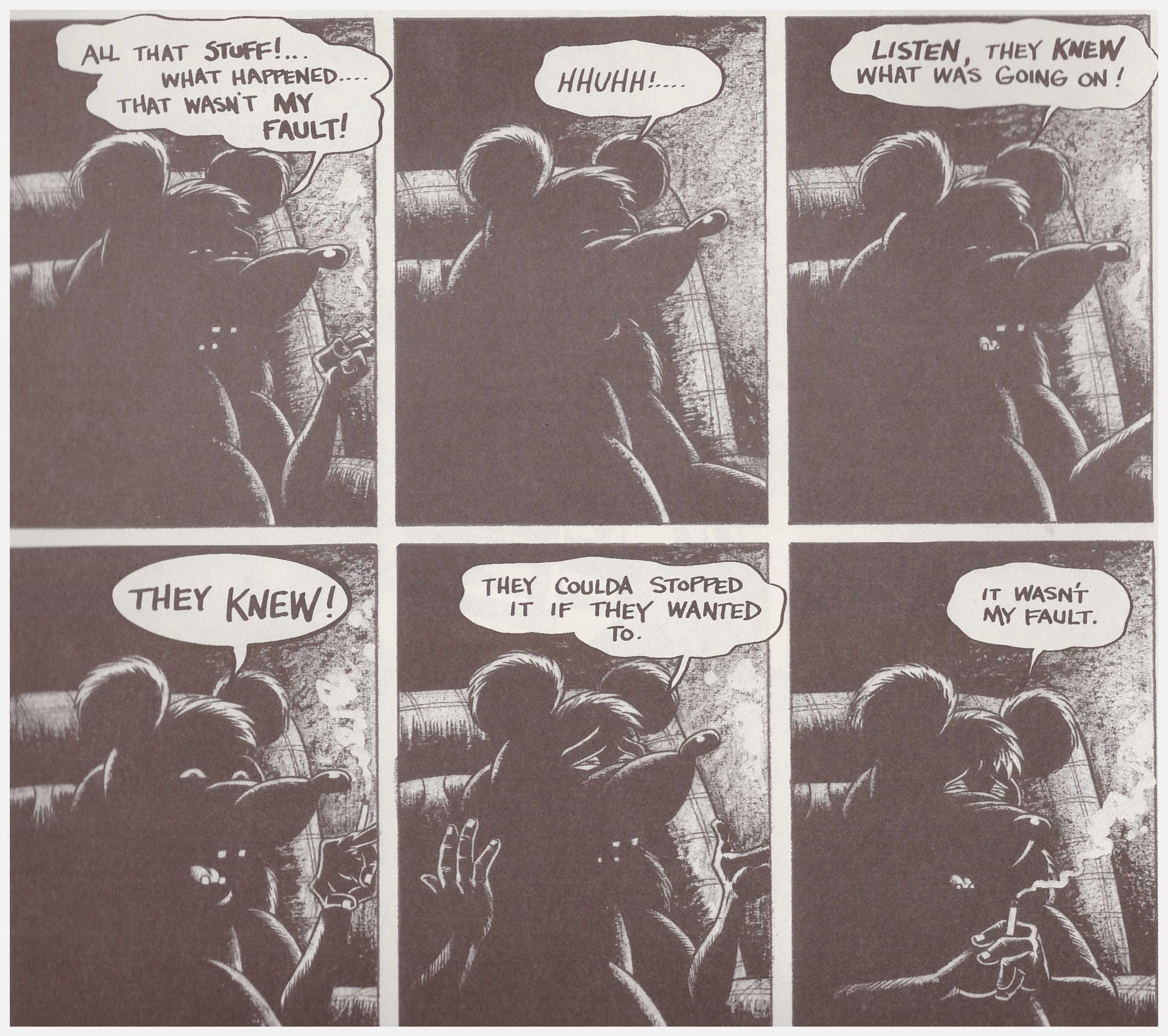 There are a lot of clever elements located within Rich Koslowski’s Three Fingers, but they don’t quite gel to present an entirely compelling read.

The downbeat, sordid cover continues over onto the rear of the book and features, on close inspection, a very familiar character. It’s an intriguing start. Mickey Mouse doesn’t appear inside, but Rickey Rat does, along with Dizzy Walters, Carhorn Armwhistle, Dapper Duck and many others with altered names of vague acquaintance. Koslowski’s tale is an alternate world history of animation, where the animated characters are actors from a minority community exploited for financial gain. He twists that idea to present wrecked lives and accusations.

An adaptable landscape format suits the narrative, enabling two tiers of three panels for the significant number of interview sections, and enough space for the scrapbook style captions accompanying pseudo-photographic content. These documentary style pages run through the life of Dizzy Walters, from his discovery of Rickey Rat and his absolute faith in Toons as film stars, to the murky goings on that develop from Rickey’s success. They’re presented in the manner of a Nick Broomfield or Michael Moore documentary, with background information accompanying sometimes confrontational interviews, spliced with occasional humour, albeit of the bleak type. Koslowski works our familiarity here, copying known photographs of the famous, inserting Rickey sharing a joke with Marilyn Monroe at a club, or toons behind Martin Luther King as he delivers a speech.

At the heart of events is Walters’ unshakeable belief in a strange idea about why Rickey Rat became so beloved, and it’s with this that the story begins to stutter. The entirety could be taken as an allegory of racism in the film industry, again a hot topic, but if so it’s weakly delivered. Even if not, the conceit of Three Fingers doesn’t quite hold up as a sustainable and credible central peg.

Some elegant art and a viable concept provide some diverting moments, but as a whole this alternative history of animation doesn’t make it to the final hurdle.