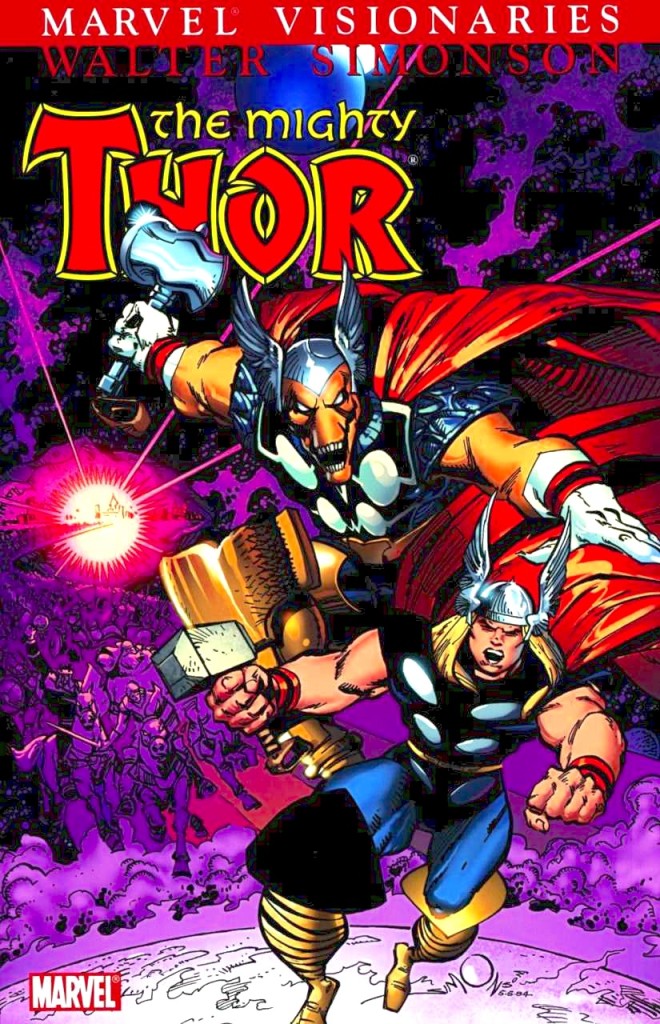 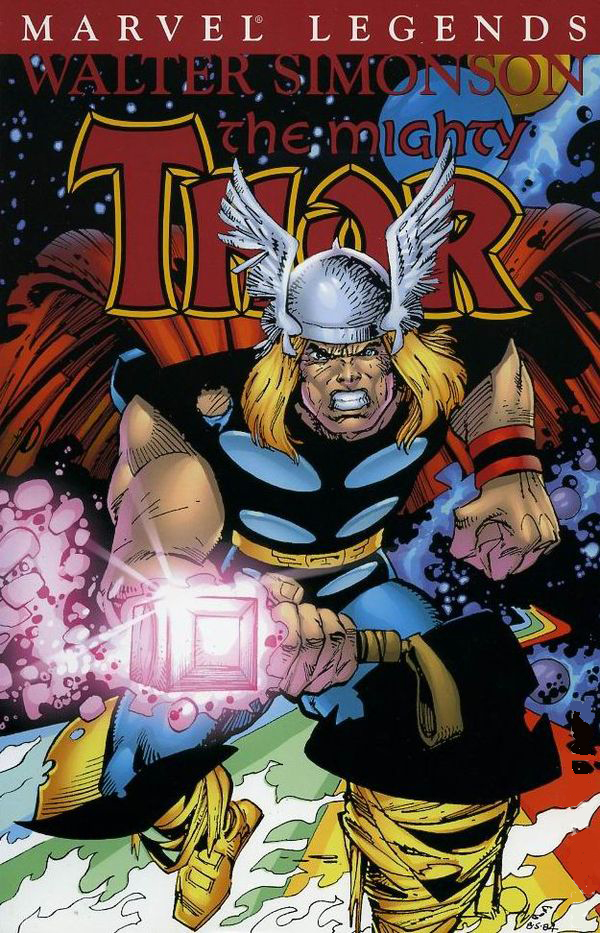 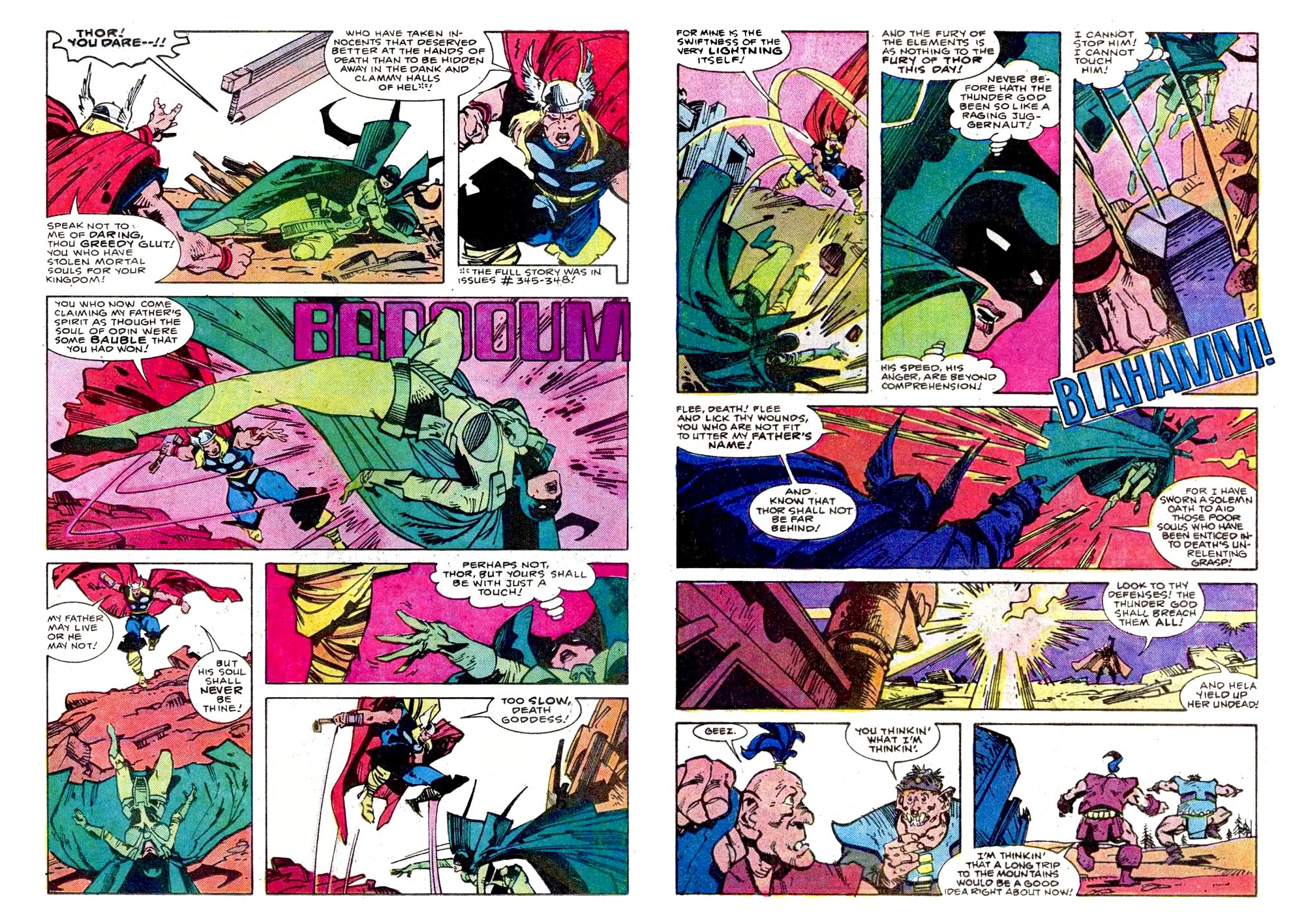 This is the second of five volumes collecting Walt Simonson’s stellar four-year run of stories on The Mighty Thor. ‘Ragnarok & Roll!’ begins the final countdown to the massive confrontation with the ancient evil of fire-demon Surtur: the forging of The Twilight Sword is complete, the Casket of Ancient Winters is open, and Odin the All-Father summons all Asgardians to protect its golden spires and eternal flame from Surtur’s sword. With the heavens ablaze and the Earth sheathed in ice, an army of heroes including the Warriors Three, Eilif the Last Viking, Thor stand-in Harokin, Beta Ray Bill and Sif, the Fantastic Four, the Avengers and even some villains such as the Enchantress and Skurge the Executioner battle an endless army of demons in New York, while Thor attempts to prevent Surtur getting to Asgard.

Simonson’s mix of pieces of real Norse myth from the Eddas such as Ragnarok and the Gjallarhorn, with Marvel continuity and some inventions of his own meld into a completely epic, widescreen adventure with enormous complex fight scenes, choreographed to give all his guest stars moments at the centre of the action. Even Loki, who takes his time and tortures Balder the Brave for fun, finally joins his father and brother at the last minute, but which side is he on?

The conclusion of this storyline, almost two years in the making is appropriately momentous for Odin and his two sons. Simonson continues to supply new and inventive material while exploring the big themes of Kingship, brotherhood, the nature of heroism and sacrifice in very satisfying, dramatic ways.

The second half features smaller scale stories – Beta Ray Bill & Sif together in New York, Lorelei (the Enchantress’ little sister) arriving in New York to have some fun of her own – tying up lots of subplots and introducing a few more. By the end of this volume every character has been pushed far away from where they started and the effects of these changes set up the next big story arc very nicely.

This volume has a cover gallery but no extra features. It is also reprinted as Thor Legends Volume 2: Walt Simonson, with a different cover but exactly the same contents. Both versions are now out of print. A revised version of this volume, Thor by Walter Simonson – Volume 2, features the same content recoloured by Steve Oliff, as seen in The Mighty Thor by Walt Simonson Omnibus.