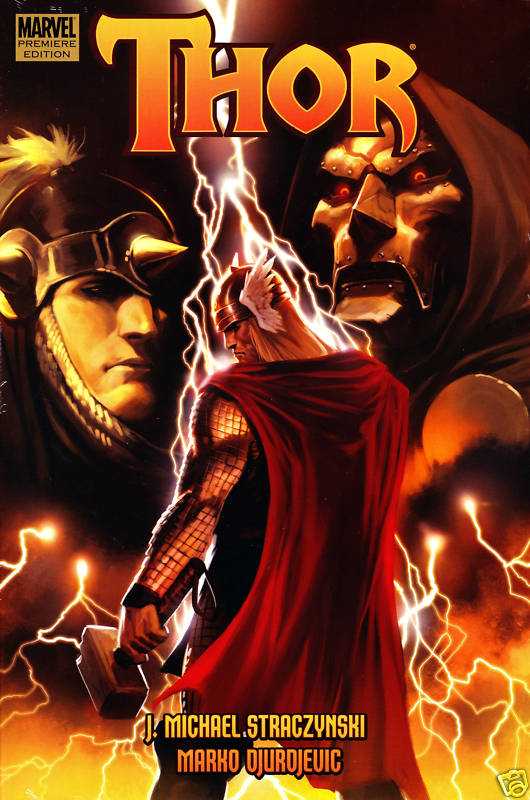 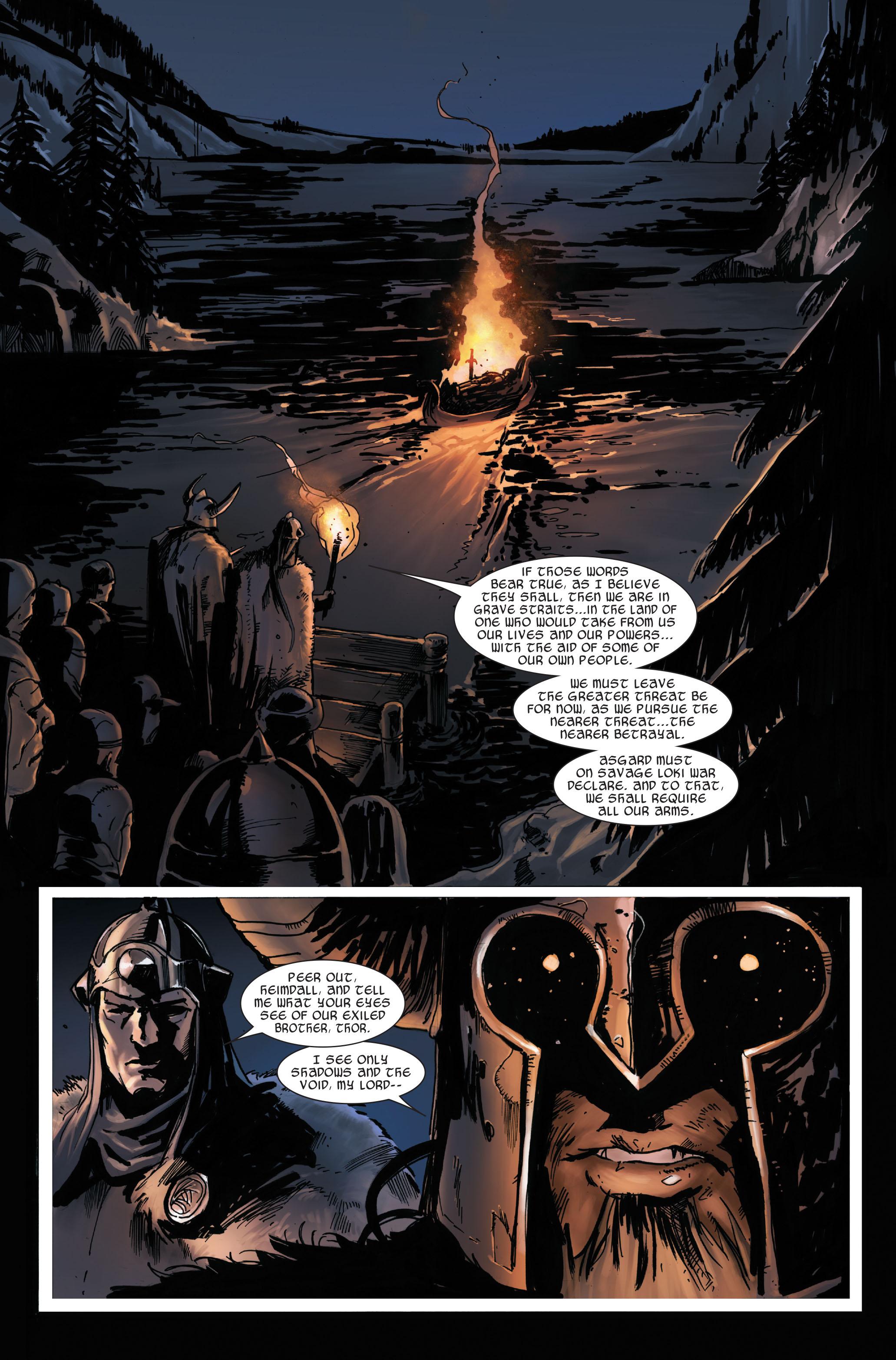 J. Michael Straczynski’s plotting over the previous two books has been exemplary, and while Loki may provide his own cheering section, the joy of seeing everything drop neatly into place in the final chapter of volume two was immense. However, having delivered a consistently high standard of Thor, Straczynski loses his way. There’s the good idea of Doctor Doom offering his kingdom of Latveria as a new home for the Asgardians, but it drifts into cackling villainy. Thor’s hammer is damaged, but dire consequences of further damage never convince. The intended comedy of the Warriors Three raises a smirk rather than laughter. The better aspects include the insertion of a human into the Asgardian cast, which seemingly began as a joke, but here blossoms nicely to become the key point of suspense. From the very beginning Thor’s strip underlined the contrast between Asgardian invincibility and human frailty, and that difference is accentuated to good effect.

The big problem, however, is the lack of Thor. It’s been noted that Straczynski’s playing with an ensemble cast. Thor shares an early scene with Doctor Strange, but is otherwise almost entirely absent until the finale, and it pulls the heart from proceedings. He’s missing too long and the time spent elsewhere comes home to roost.

Marko Djurdjević provides a busy look to his depictions. He’s extremely good, and sets the right tone for the series, but he sometimes struggles to direct the eye where it should be drawn. It’s also noticeable that his pages look far better when he’s doing the inking. Danny Miki’s inks give the art a scratchy and sloppy feel, and that shouldn’t be the case.

And ultimately that applies to the leisurely pace of Straczynski’s plotting. As long as it could be assumed it was leading to a pay-off, this was acceptable, the diversions away from the core story and the pulling back of the curtain entertaining in their own right, but to reach the final page and discover little has been resolved, that pace comes across as wasteful. Kieron Gillen inherits Straczynski’s plots in Thor: Latverian Prometheus, and they eventually wind toward the Marvel universe encompassing events of Siege.

Due to the relatively slim total of story pages, the book is padded out with information elements, which will surely be of no consolation, All Straczynski’s Asgardian work is also available as the oversized hardcover Thor by J. Michael Straczynski Omnibus. It’s three-quarters of a very good book.