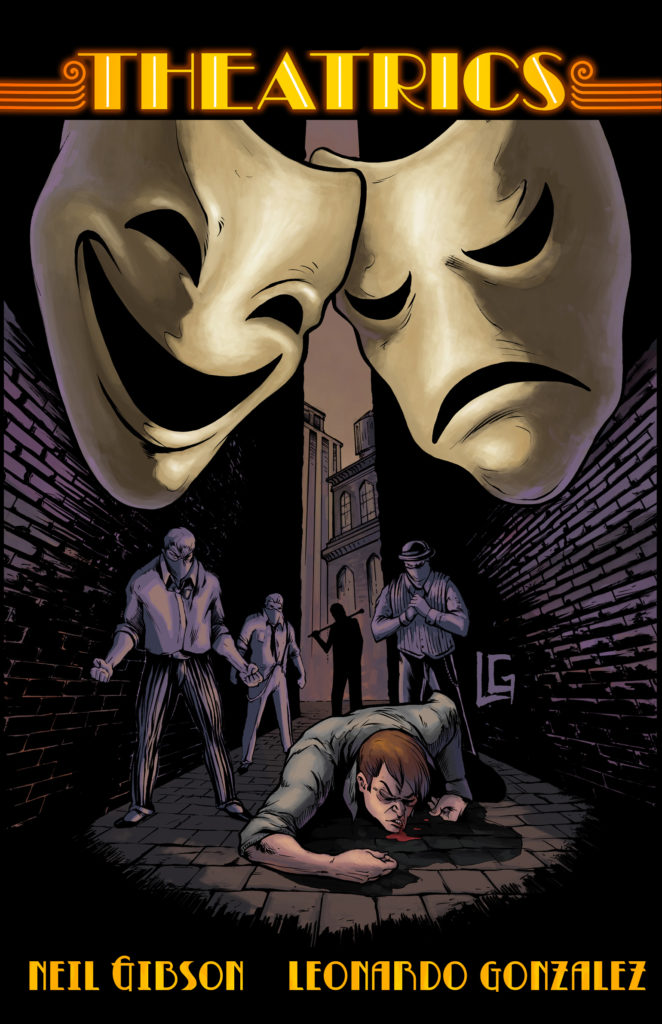 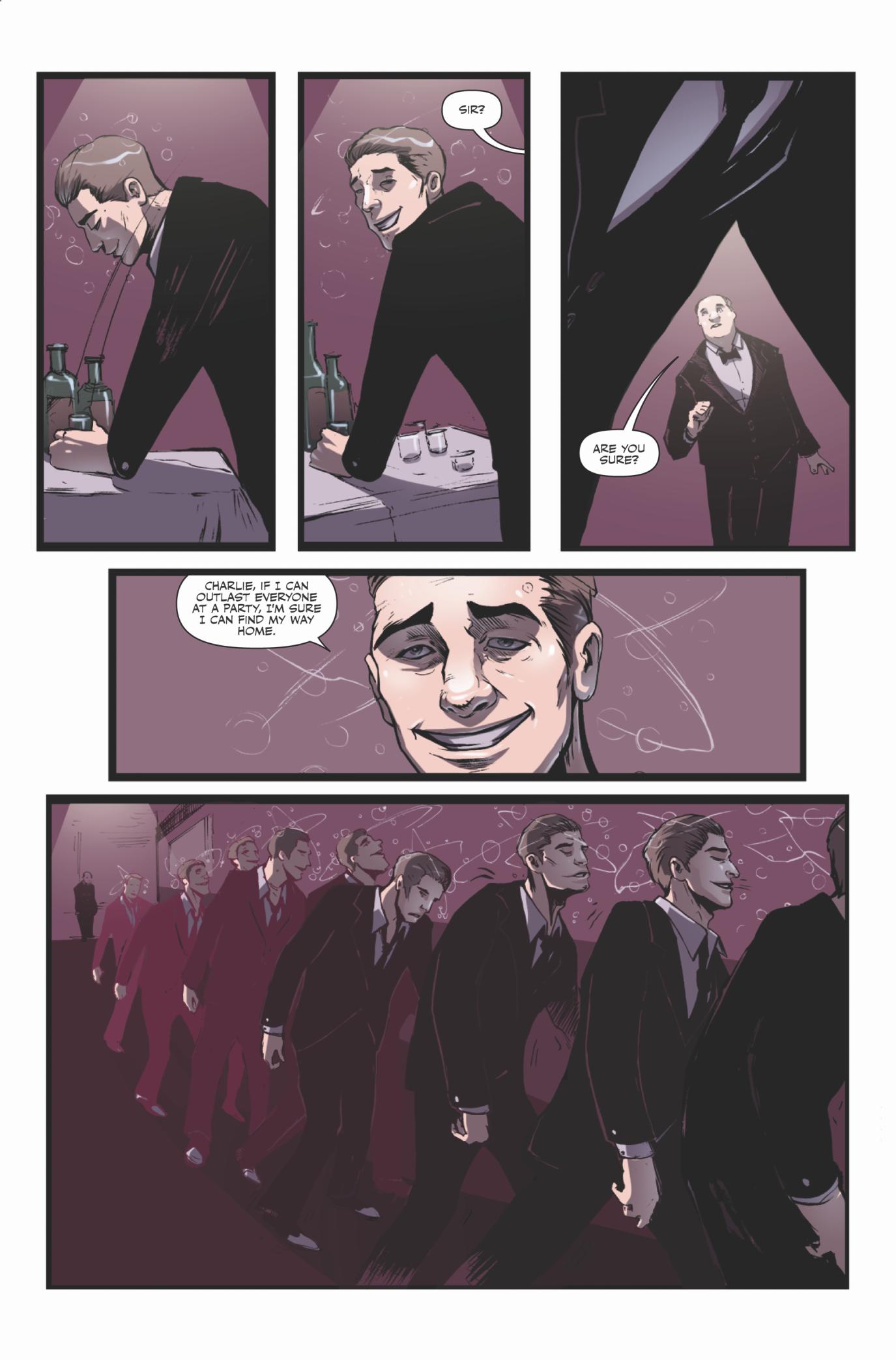 In prohibition era USA Rudy Burns is one of the elite minority to whom the rules of society don’t apply. He’s a theatre actor known throughout New York. Women swoon over him, money’s never a problem, and he can go where he wants when he wants. His venue of choice is the speakeasy. Leonardo Gonzalez’s sample page shows him worse for wear in the early hours of the morning, staggering off to meet his destiny.

Neil Gibson appears to have little sympathy for his arrogant lead character as he plummets Rudy into a pride goeth before a fall scenario, the consequences of that drunken night being he’s no longer going to be taking leading roles on Broadway. Gonzalez works this idea nicely, framing the panels as if illuminated dressing room mirrors. Over the first half of Theatrics everything Rudy believed he’d attained since arriving in New York as a good looking country lad is pulled away, and he hits rock bottom. Gibson supplies this in a succession of downward steps. Each time we believe it can’t become worse for Rudy, it does. Until Gibson begins the path to acceptance and inner peace in a beautifully touching way.

There are visual hints before it occurs, but two-thirds of the way through Theatrics, life for Rudy takes a wild swerve, Gibson playing on his title. “Promise you’ll never break character”, pleads his mate Sammy, “because if you do, I’ll never forgive you. We’ll be done”. Sammy also came from Ohio, but lacking Rudy’s good looks, his acting roles have been limited. He’s shown as the more ambitious of the pair, initially the Jiminy Cricket voice during the good times, then providing the necessary tough love.

Gonzalez is a fair way along the road to being a very good artist. His pages have a neat European cartooning look, the viewpoints he uses to show people vary not just from side to side but also up and down, and he can convey what people feel. The downside is his heads sometimes being too small, and not filling backgrounds enough to give a real sense of location. Jan Wijngard’s colouring doesn’t always do him justice either. The idea of using Earth tones all the way through allowing for brighter highlights delivers a good colour effect every now and then at the cost of being dull most of the time.

This is only the opening volume, which is disappointing. The pace has been leisurely from start to break, with big empty panels, which would be fine if Theatrics was complete, but as it’s not, that pacing has been a considerable indulgence. The cast is also too limited for another 120 pages. Only two of them matter, although a third may later, and the lack of other people and the hints dropped mean a possible surprise revelation in the conclusion won’t be such a surprise after all. Theatrics is an imaginative drama with many neat touches, but not unique enough to merit two graphic novels.