The Walking Dead Volume 25: No Turning Back 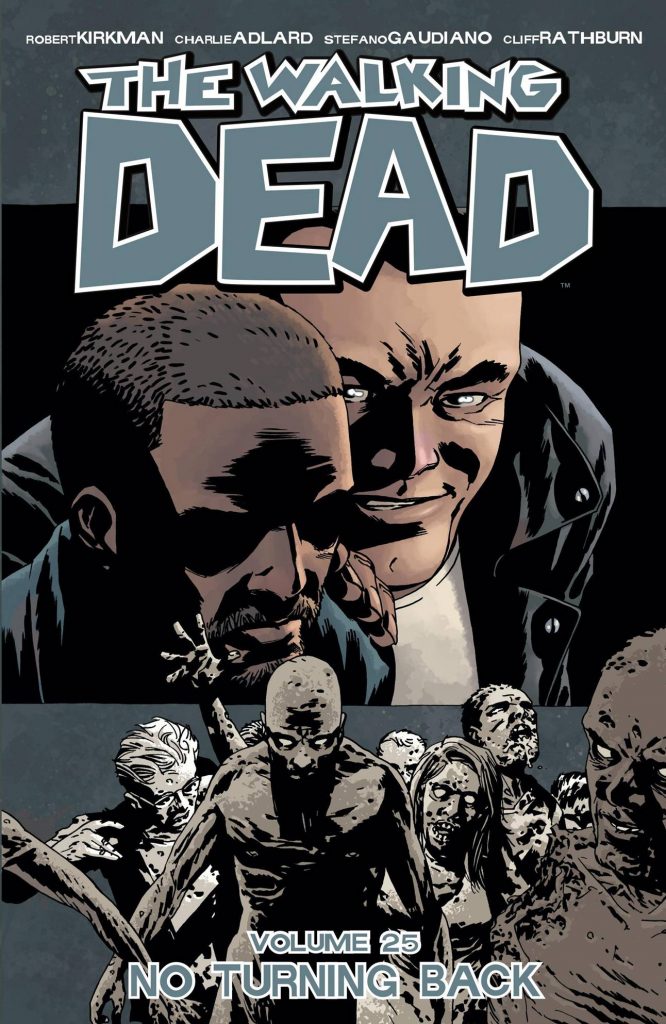 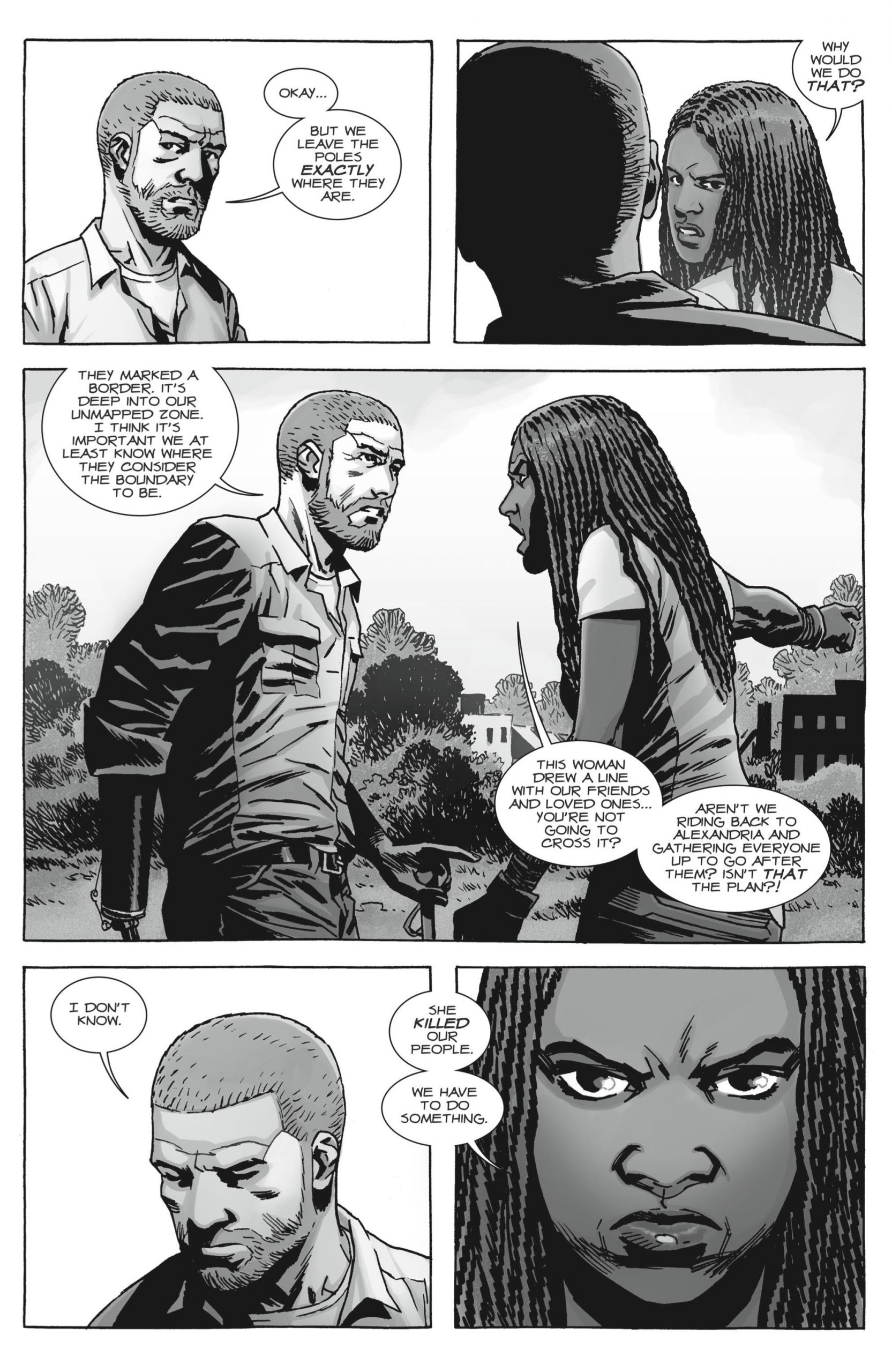 Robert Kirkman takes the opening chapter of No Turning Back to have the community process the appalling discovery concluding Life and Death. It’s usual practice that he starts a story arc relatively slowly, but this differs, because instead of the drama coming from individual circumstances this is a collective loss. Some feel the losses more than others, but everyone is affected. The next consideration is what the response should be to such feral provocation.

Because the drama is emphasised over that first chapter, it becomes an illustration text book. Charlie Adlard not only has to convey the emotional responses in largely dialogue-free sequences, but vary the viewpoints to keep them interesting. In no small part he’s responsible for a stunning opening chapter stripping the community bare, driving deep wedges and letting past resentments float to the surface, which is followed by several unpleasant but necessary truths. The ultimate question becomes whether Rick Grimes and the values he stands for remain the values of the larger community. “I’m just worried about what will happen if they don’t get the answers they want”, is a prescient observation. The discord is a clever comment on how bonding together means accepting viewpoints that don’t align with a broad consensus, and more, actively considering those viewpoints. Kirkman doesn’t seem a writer inclined to political allegory, but No Turning Back’s content was written as the USA became increasingly polarised, and a meaningful conversation about what constitutes leadership turns Machiavellian.

From an early stage Kirkman has plotted The Walking Dead in trade paperback arcs, and these almost always follow a pattern of considerable dialogue before the cathartic action blowout. However, as the cast has increased, there are more people to follow, and some are unseen for several volumes at a time, and with footnotes not included, it may be a problem remembering who everyone is as No Turning Back is a volume heavy on inclusion and opinion. The title will surely come to have some later relevance next time secrets come to light.

The presumption might have been that actions have consequences, and this collection would see an almighty wave of retribution unleashed against the Whsiperers. Kirkman didn’t become one of comics’ best writers by supplying the predictable. He’s loyal to his pattern of talk building toward action, but in a surprising, and thrilling way, leaving much to be contemplated in Call to Arms. Following another pattern, that’s combined with this in hardcover as The Walking Dead Book Thirteen, or combined with the following seven volumes as the fourth Walking Dead Compendium, wrapping up the series. 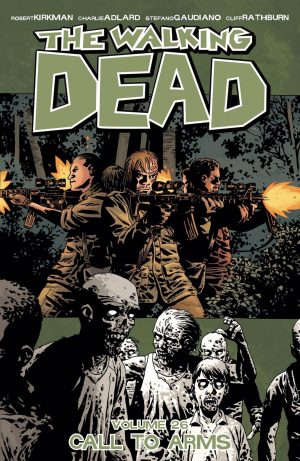 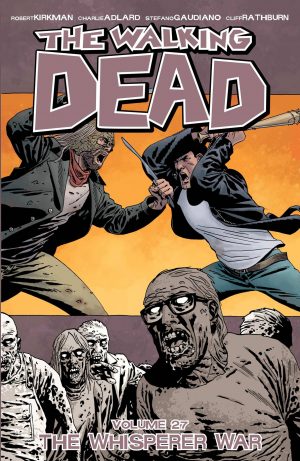 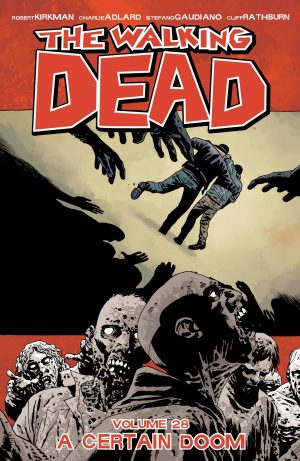 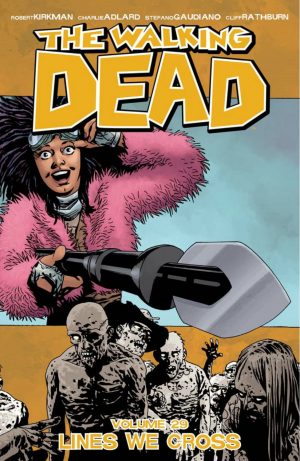