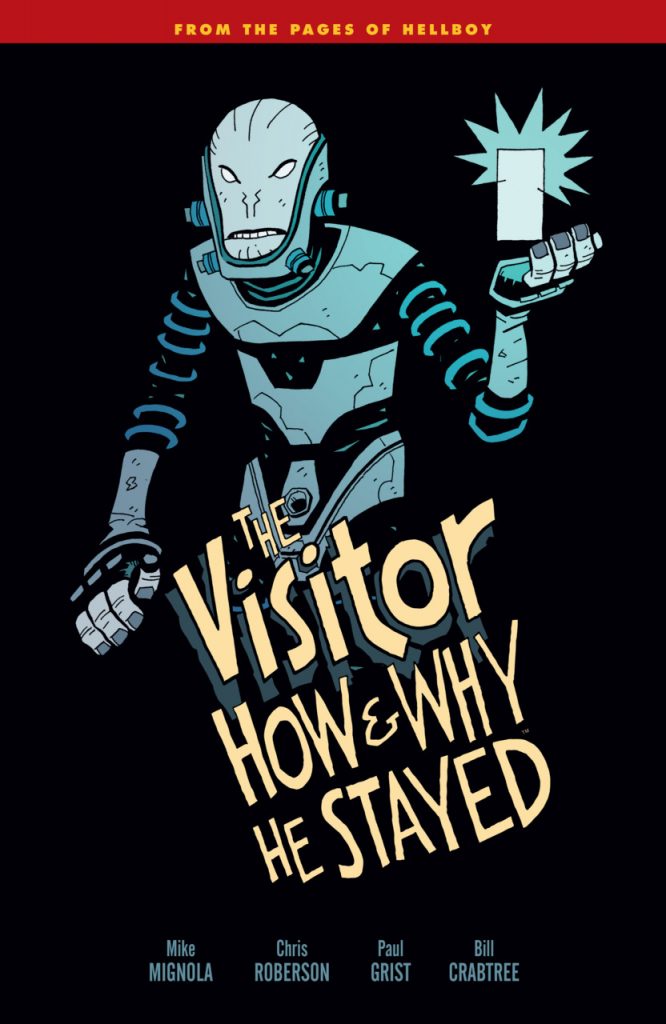 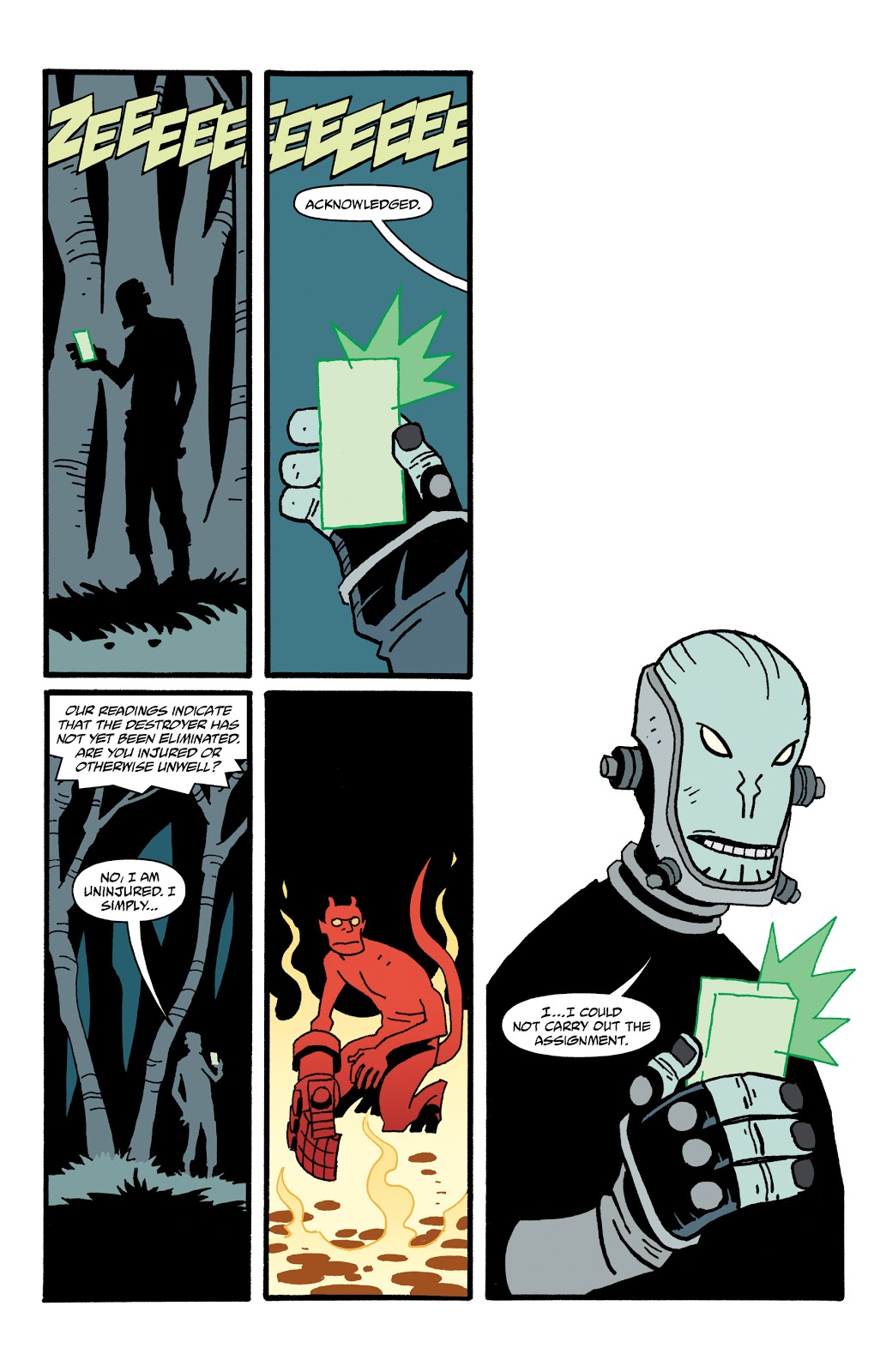 It’s not as if what goes on in Hellboy and Mike Mignola’s associated series is commonplace, but The Visitor might just be the weirdest of the lot, with so much wonder deliberately understated. Mignola and co-writer Chris Roberson return to Hellboy’s 1944 arrival on Earth, showing the presence of someone else not previously highlighted and in possession of technology well beyond the era. It’s revealed early that their mission is to kill Hellboy, as his destiny is to become the Great Destroyer.

The Visitor begins as a variation on the philosophical conundrum posed regarding time travel: if it existed would it be morally justifiable to go back in time and kill the infant Adolf Hitler? The Visitor determines that’s not the right course and opts to stick around and observe Hellboy, which he does for decades.

From the initial decision, Mignola and Roberson provide a flavour of Hellboy in very small chunks of previously unrevealed strange encounters, such as the time in 1964 he beat up a giant armadillo in Texas with the help of a B.P.R.D. agent able to project a gorilla from his mouth. That’s combined with pulling influences from all sorts of sources, and providing neat little homages or twists on them. The Watcher, Martian Manhunter, Jack Kirby, Scientology, Doctor Who, the usual Lovercraft nods and others feature, but crucially just in passing, and the strength remains the Visitor himself, displaying greater humanity than many of the humans featured.

The world is always a better place for Paul Grist’s astonishingly good cartooning, and here he’s great from start to finish, creatively evoking whatever period or whatever design is needed. His own work tends more to action and humour, but he adapts well to the solitude and emotional depth The Visitor requires without ever sacrificing his originality.

It’s cleverly written, with the parallels nicely played out. At one stage the Visitor muses about whether nature or upbringing and environment is the primary factor concerning who someone evolves into. It refers to Hellboy, but at the same time Mignola, Roberson and Grist show how it applies to the Visitor also. Far more poignant and touching than the cover would lead anyone to believe, The Visitor is about an alien, yet is rooted in humanity.