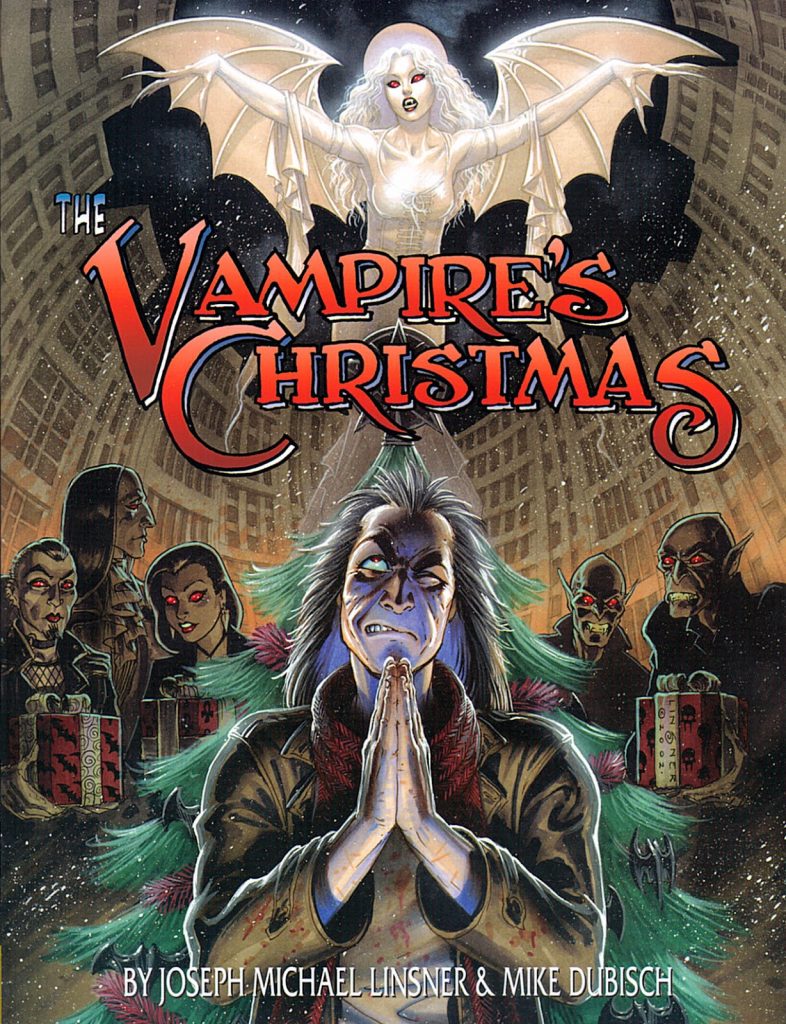 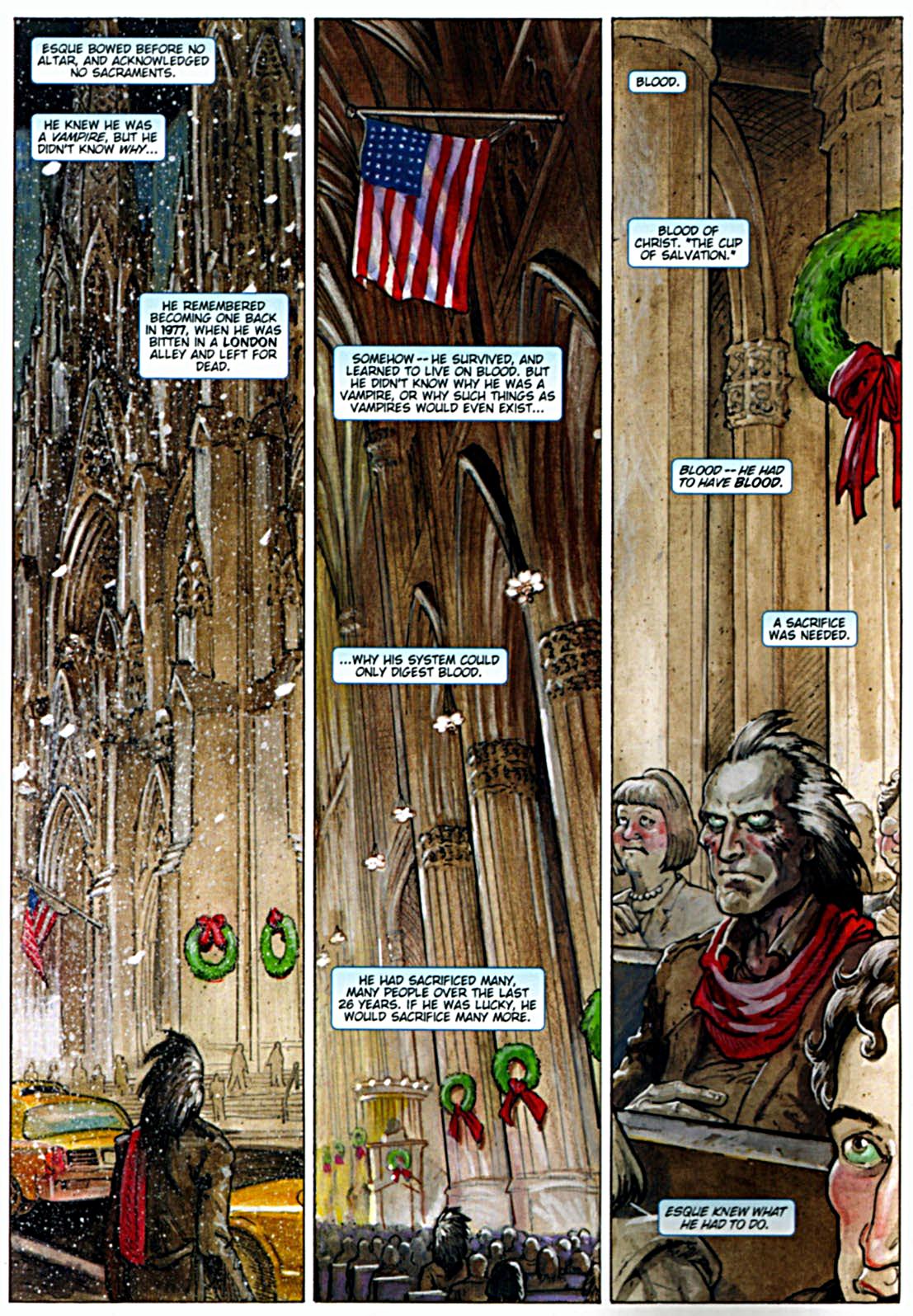 Anyone who finds vampires ridiculous is likely to take some festive cheer in the exploits of Esque, one of the undead since 1977. He’s not living a grand life in a mansion with a cellar full of vintage blood and half-naked followers whose necks are dipped into at will, but in the tunnels around New York’s Central Station, and his need of a pint is verging on the desperate. Still, on Christmas Eve with celebrations in full swing, surely a helping of blood can’t be that difficult to come by?

At first it seems as if Joseph Michael Linsner is turning in a dark comedy, but he gradually introduces pathos, until damned if you’re not feeling sorry for the bloodsucker. That’s helped by Linsner dispensing with the usual emotional baggage the tortured vampire carries. He’s no idea how he became a vampire in the first place, and while now accustomed to the need for blood, all things considered he’d rather use a knife than his fangs.

Part of the draw here is Linsner’s precise art, bringing a range of characters to life, having them all look different, and draping them around some luscious locations and some that aren’t as luscious. Instead of relying on standard colour, or digital processes very much in their infancy in 2004, Linser’s pages are painted by Mike Dubisch, who adds a richness to the scenery, keeps Esque greyish, and has the festive trappings highlighted in bright red.

Linsner keeps moral judgement well clear of Esque, which leads to some uncomfortable scenes with a paedophile Santa used almost as comic relief, but otherwise anyone preferring their yuletide entertainment with a bit of bite should get what they want from The Vampire’s Christmas. 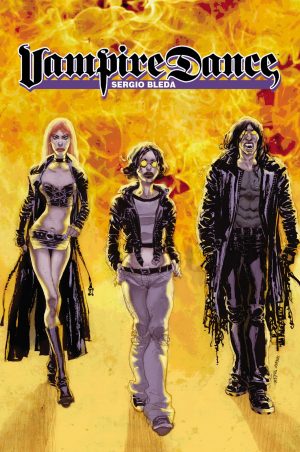