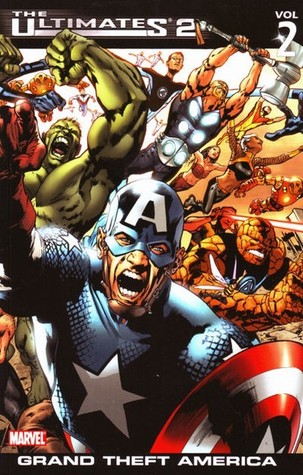 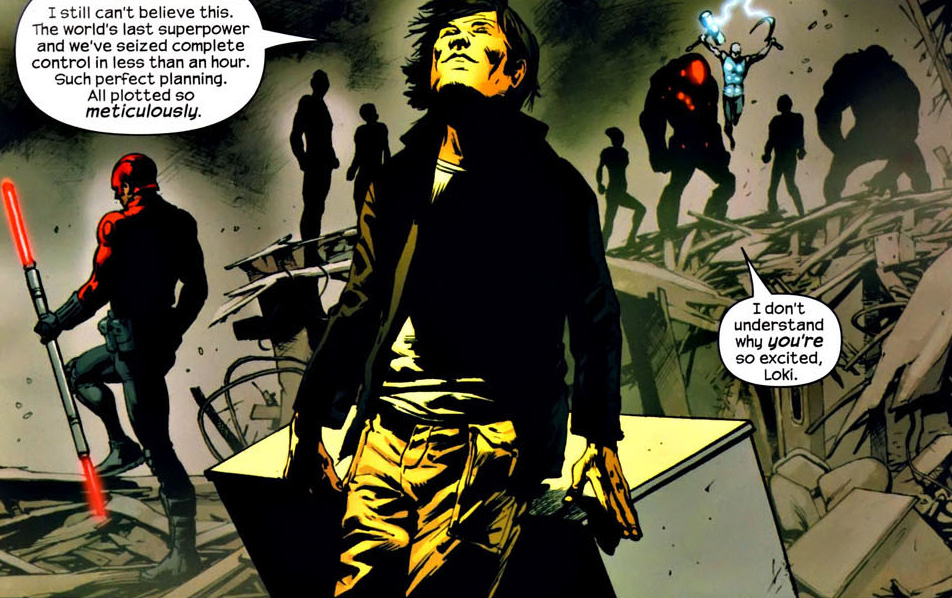 Continuing from Gods & Monsters, things activate pretty quickly in this volume as a S.H.I.E.L.D. operation into the Middle East sees Captain America and Quicksilver getting in and out of trouble in superfast time, while the rest of their cohort strip mine a nuclear base.

Millar is particularly adept at working out how the differing abilities of the various reversioned Marvel superheroes can interlock through a bit of sound planning. Having each character assigned a specific role in The Ultimates’ pseudo-military sorties gives the organisation a sense of veracity that’s quite different from the usual multi-hero get togethers, wherein all too often set pieces are just about whacking super villains hard enough to stop them getting back up again.

The collection’s second action sequence follows on hard and fast and is perhaps one of the most brutal moments in Millar’s superhero writing canon. The massacre of one team member’s family is stark and bloody, beginning with the laser dot from a gun sight coming to rest on a forehead. It sets the tone for what is a tough resolution to this sequel. Nick Fury’s determination to root out a traitor in his midst results in a gritty struggle with Captain America, while the rest of the team variously battle philosophically or emotionally with the increasing complexities impinging upon what should be their simple mandate to protect the world.

Ultimately though, this is Mark Millar and so a whopping (at one moment, gatefold in size) great fight has to ensue at the end. This time out, the veritable hordes of Asgard are unleashed in an epic rain-strewn battle. It’s boldly illustrated by Bryan Hitch and Paul Neary and is perhaps the most grandiose set piece in the entire Ultimates canon.

This volume concludes with a charming coda – which is a welcome surprise. We are fleetingly sent to 1942, to allow Millar to execute one of those back to where it all began type circular endings. It’s brief, but memorable, demonstrating that that writer’s mastery of economic storytelling is just as acute when pathos, not action, is the intended effect.

The entire saga is gathered in an oversize hardback, or bulky paperback collection.