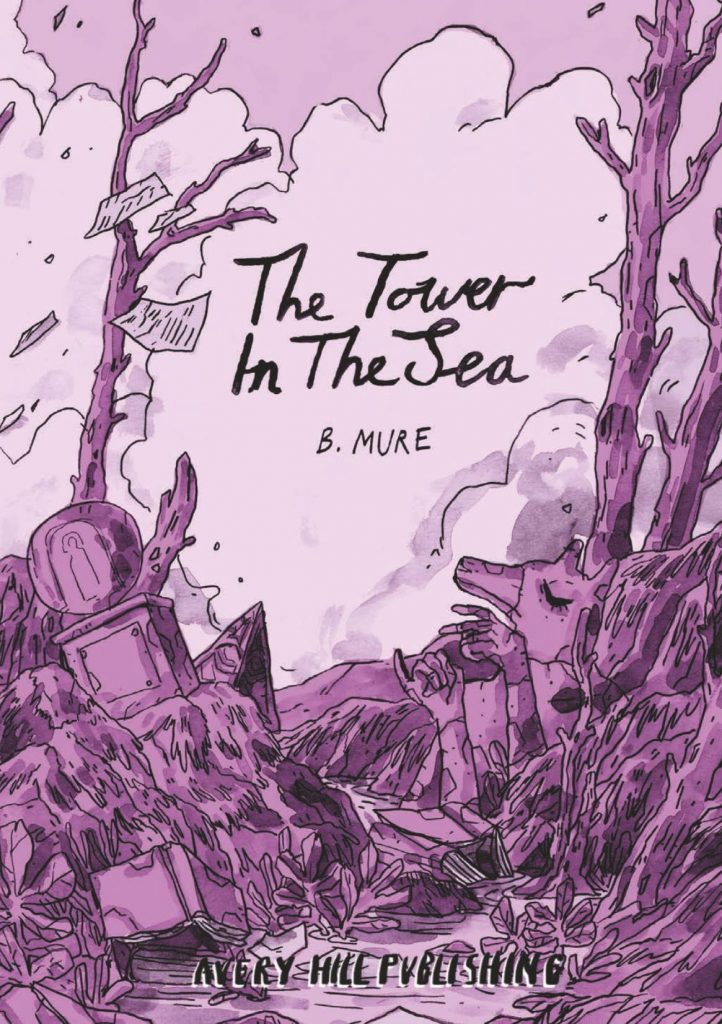 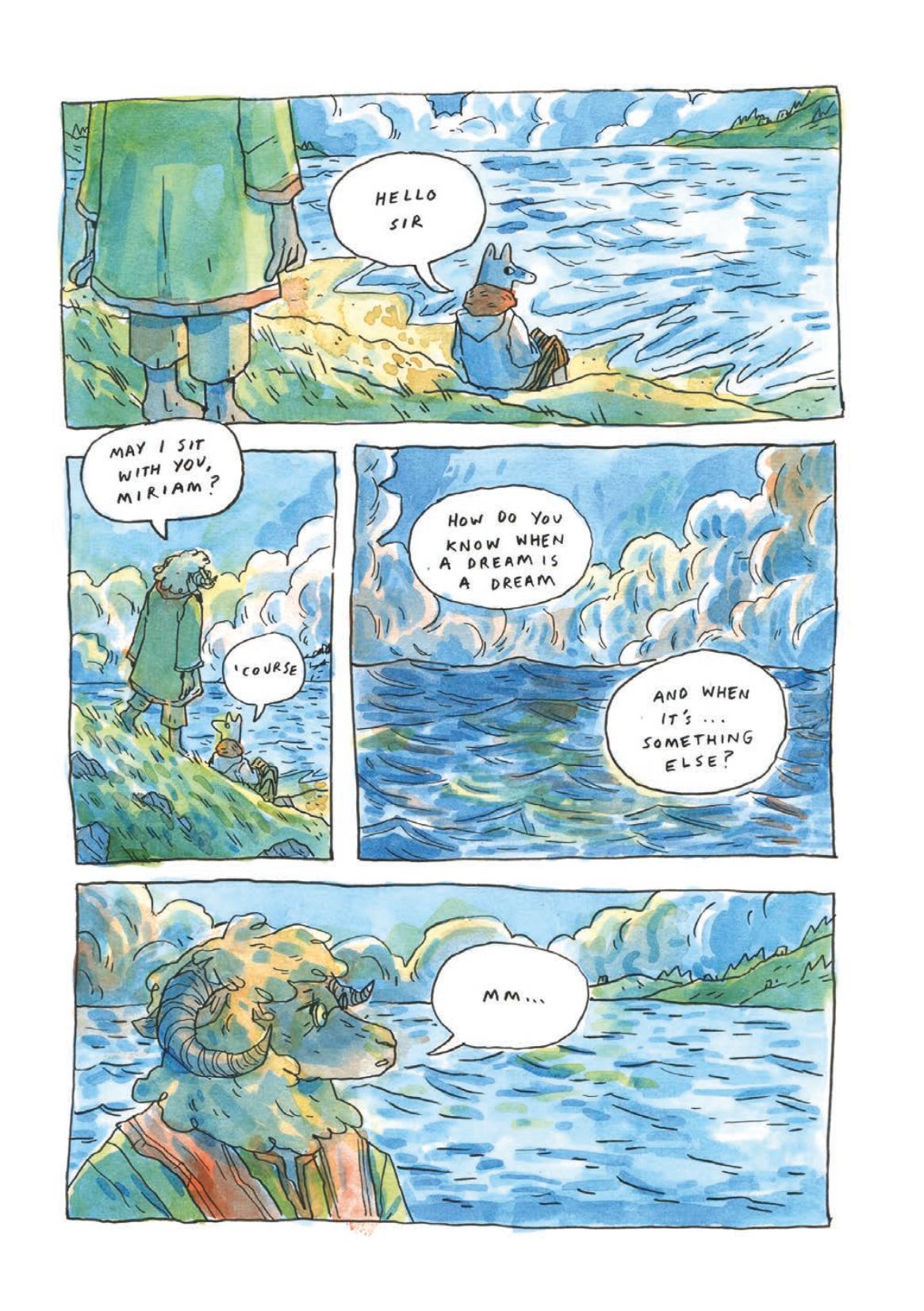 The Tower in the Sea opens with the young Miram deposited on what seems a distant island whose most distinctive landmark is a tall tower built on the tallest hill. It’s a school training youngsters in magic run by August Humble, who we’ve met before in B. Mure’s fantasy stories, and Miriam has been placed there both to learn and for her own safety. Some forms of magic, divination among them, are outlawed in Ismyre, yet taught at the school.

Any school for magic is going to invoke thoughts of Harry Potter, and while Mure doesn’t entirely avoid that, a largely different path is taken, one where signs are given but outcomes must be interpreted, and skills must be applied.

The fantasy world of Ismyre has played host to B. Mure’s two previous two graphic novels, Ismyre and Terrible Means. They, and The Tower in the Sea, are part of an ongoing spotlight on a world of humanoid animals where trouble is brewing, each part of a bigger picture that ultimately moves little forward while building the world further. Mure’s stories meander, allocating too much space to inconsequential events. While it’s not a habit that’s entirely disappeared, there’s a greater concentration on what matters here, while still permitting for interludes so characteristic of Mure’s work. Their pastoral quality is still present, but Miriam’s repeated dreams are of a different nature, vague, but always disturbing.

Creatively, Mure has been experimenting and refining techniques from the start, and The Tower in the Sea is their most accomplished graphic novel to date, artistically as well as in terms of story. There’s frequently more room for the characters within the panels, and while the colouring remains individual it no longer comes across as so randomly applied.

As with the previous books, The Tower in the Sea can be read and enjoyed as an individual story with no need to know it connects with the earlier material, nor that it moves their stories slightly forward. The next visit to Ismyre is Methods of Dyeing. 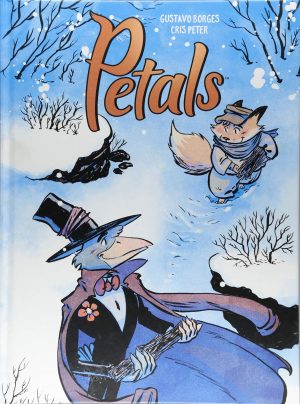 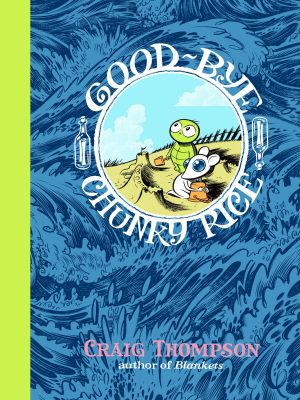