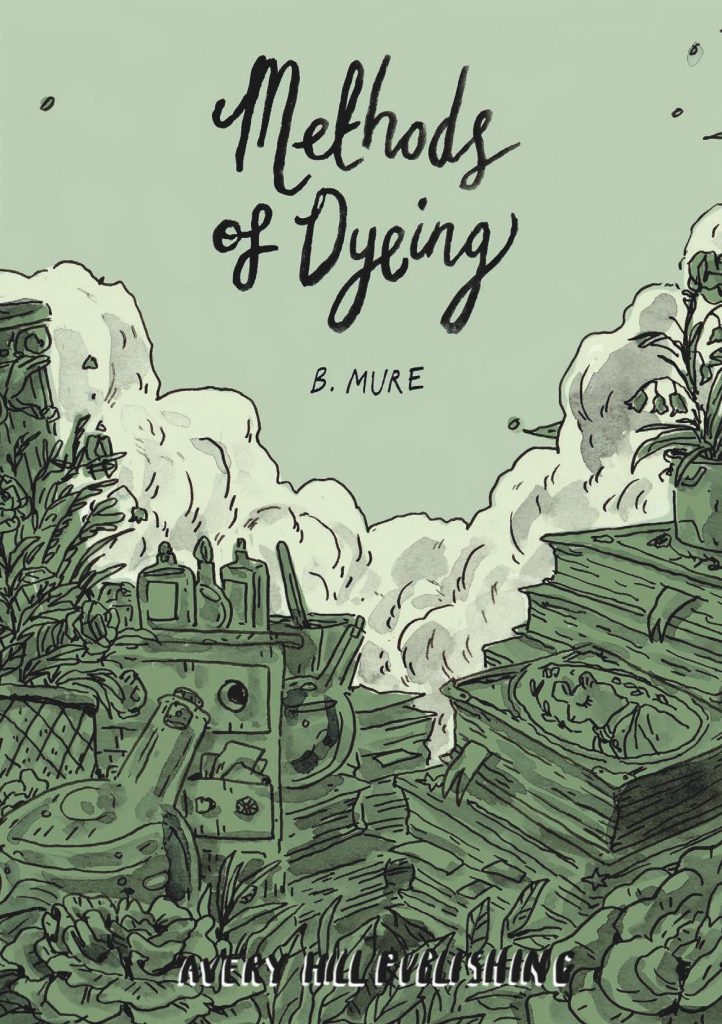 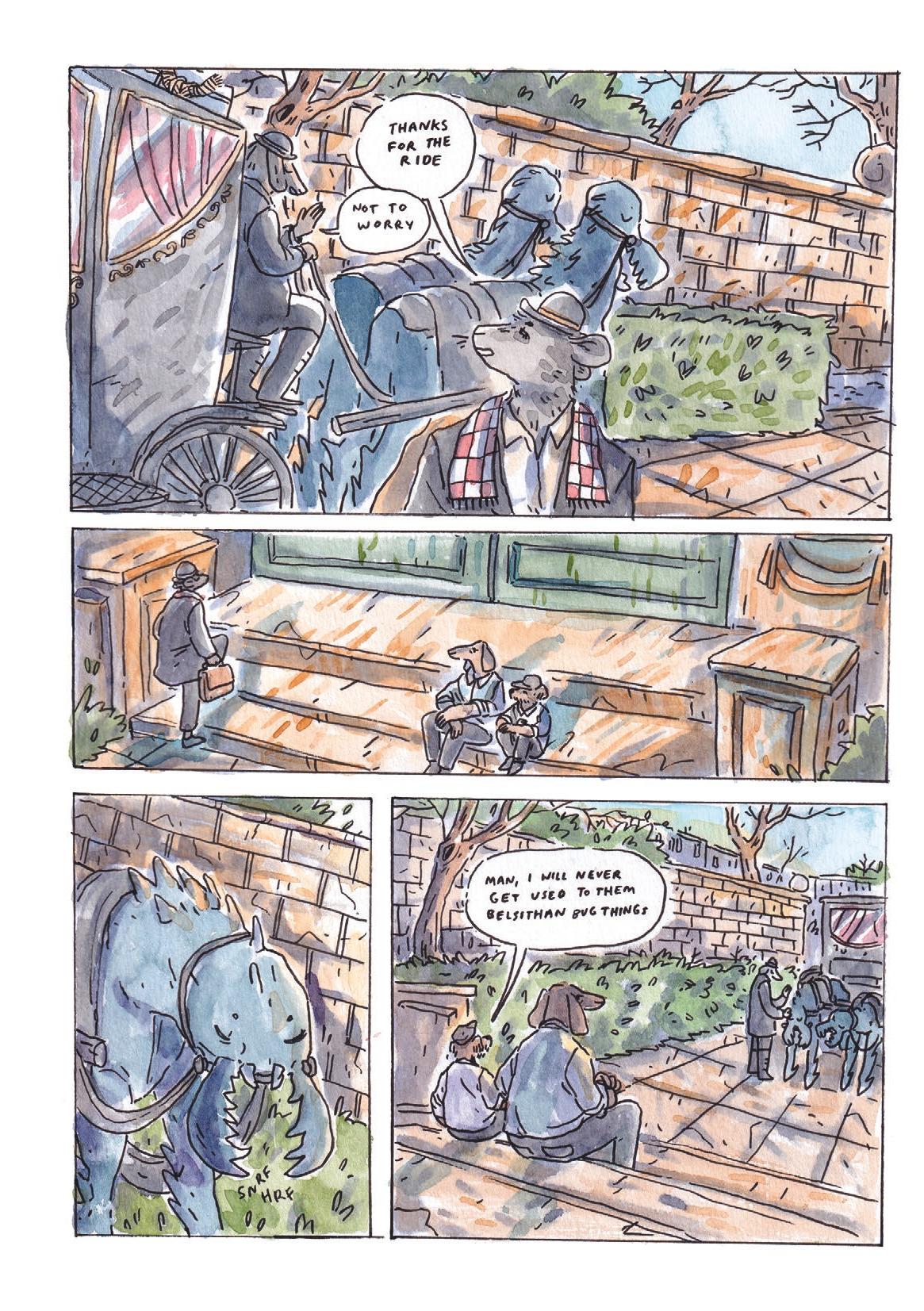 Methods of Dyeing is a fourth graphic novel in B. Mure’s exploration of Ismyre, a fantasy land populated by humanoid animals, and there’s a double meaning to the title. A visiting professor to Ismyre’s university is found dead, and in addition to botany their speciality is the dyeing of textiles. As he’s from Belisthan, one of their detectives is assigned to the case, relieving the local constabulary of their duties. If the dead professor wasn’t indication enough of rum goings-on, Mure soon reveals that other parties we meet are responsible for the professor’s death, but the never named Belisthan detective is calm, composed and confident.

With every new graphic novel Mure becomes more composed and confident himself. Here a balance has been achieved. The meandering of earlier work has gone, yet a strong plot still has moments of reflection and solitude sustaining the atmosphere of other visits to Ismyre. Four people carry the entire story, and they’re all well rounded and distinct, and just as the writing has improved, so has the art, which is ambitious, decorative and provides charmingly drawn locations.

As with Mure’s other stories, there’s no need to know of any connection as Methods of Dyeing reads perfectly well on its own, but it also slots into the world-building of Ismyre, revisiting some topics of previous stories in passing. An especially nice touch is what the professor might have done to enrage the Ismyre authorities, a completely unique piece of reasoning that no other creator would have conceived.

Watching a creator progress and become stronger is always a joy, and each successive Ismyre graphic novel from this point ought to be something to anticipate.