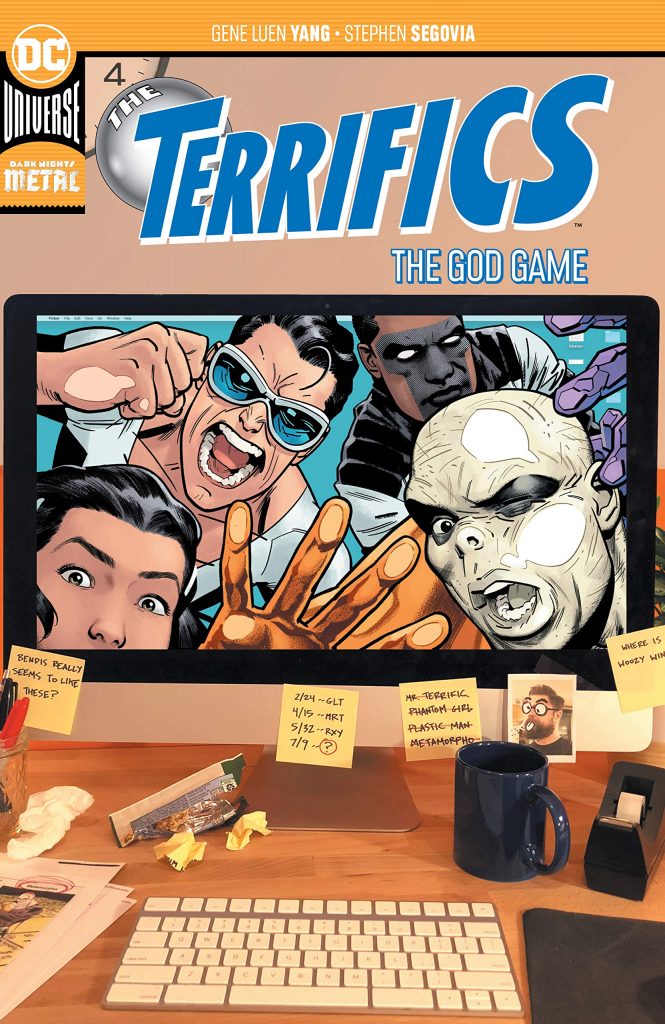 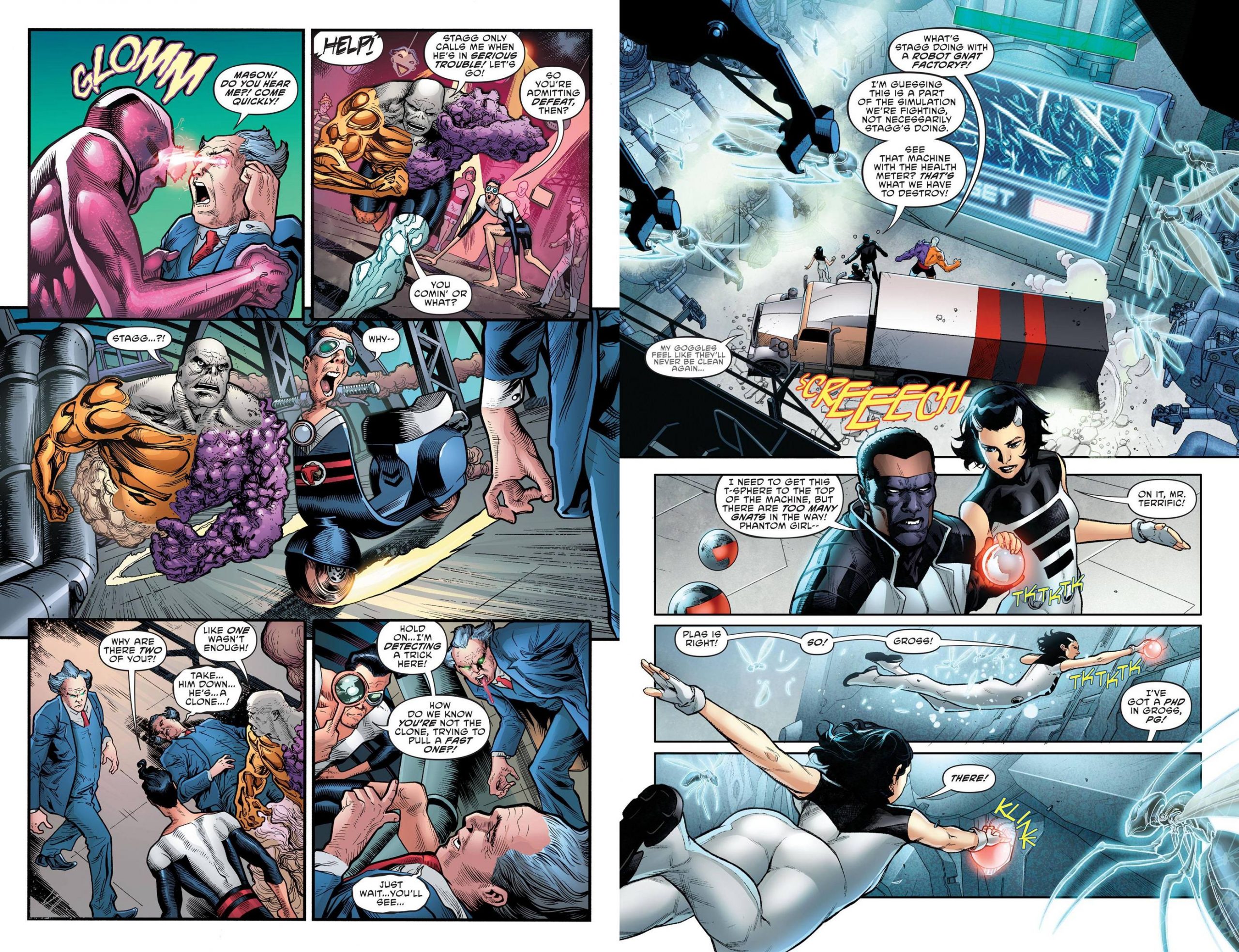 Despite the puzzling presence of the number “4” near the publisher logo and title, this is the third Terrifics volume, picking up from Tom Strong and the Terrifics.

Jeff Lemire restored the primary cast to the status quo when ending his stories, but left a few extras for Gene Luen Yang to play around with. With a form of Mr Terrific’s wife returned, Yang picks up on her religious beliefs flying in the face of Michael Holt’s refusal to countenance the idea of a god controlling lives. That feeds into the four chapter title sequence where the concept is interesting, exploring very modern ideas about what constitutes a god, and at what point sentience is achieved. Unfortunately, though, the superhero action surrounding it drags on too long. Also, despite the concepts relating to some cast members, the threat is too generic, and the Biblical elements are just a convenience.

Yang also wrote the sole Terrifics Annual, so it makes sense in some ways to package it here with his other series work, but it also occurs sometime around the events ending Meet the Terrifics, and the threat is too similar in essence to that of the title story. Also suggesting this might have been better placed in an earlier volume are the two shorter back-up strips, both of which occur around the same time. Mark Russell and Evan “Doc” Shaner focus on Java, the caveman transported to the modern era after being frozen for millennia, detailing his last few days in his own era, while James Asmus and José Luís look at what prompted Tom Strong’s message as seen in the opening volume.

The God Game isn’t poor, just ordinary when compared to the two previous volumes. The series ends with The Tomorrow War.