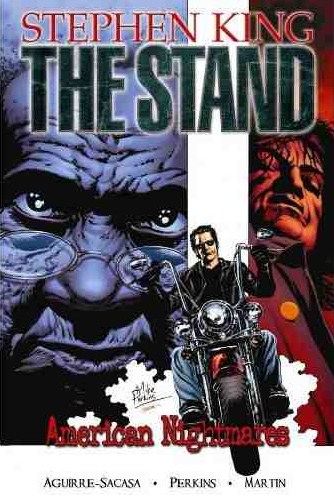 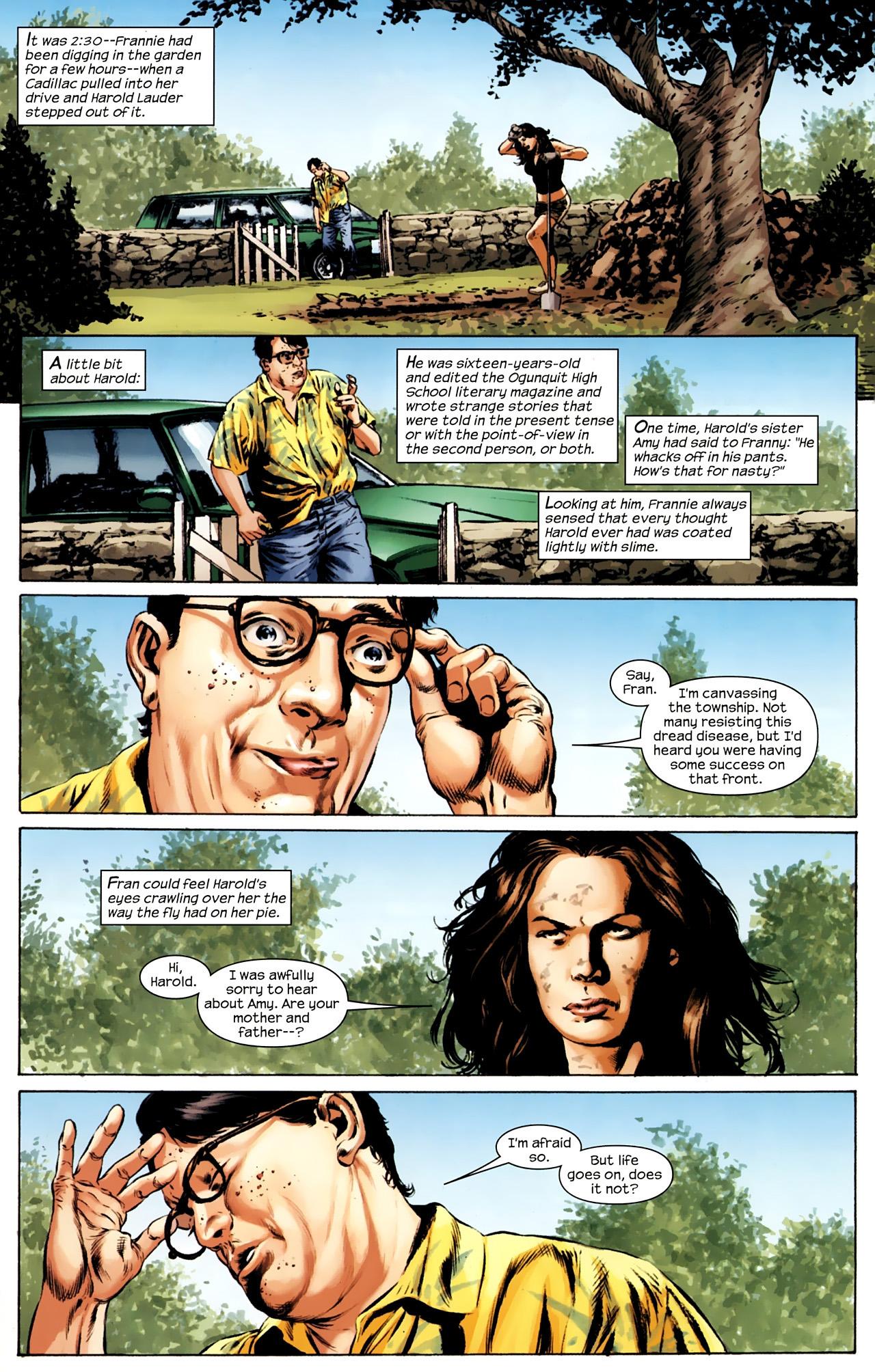 This second five chapter outing of six picks up where Captain Trips left off. Pretty well the end of the world as we know it, although it’s strictly the USA that’s at issue in The Stand. A government virus has escaped laboratory confines and several weeks later most Americans are dead or dying. It now matters little that the government denied responsibility and committed atrocities in concealing the truth, as barely anyone’s left to complain.

The cast has been considerably whittled down to the primary needs, and those somehow immune to the disease are spread across the county, all of them carrying some kind of burden. Frannie Goldsmith is pregnant and guilty about it; Lloyd Henreid is a killer deservedly jailed; Nick Andros is deaf and mute; Larry Underwood is seemingly amost a child in a man’s body, and former Sheriff Stuart Redmond is confined in a cell, the subject of experimentation and dreaming of a sinister bogeyman. That bogeyman bears no small resemblance to Randall Flagg, sinister, scary and of ill intent. This selection of chapters adds to the cast list by introducing Don Elbert, Trashcan Man, pyromaniac by nature. His is an explosive cameo, but he’ll have his part to play later. Most of Stephen King’s early novels featured one completely out of left field character, and that’s the role Elbert takes, a natural engineer fatally compromised by the desire to start fires. He discovers a mission in life.

Everyone else is sort of lost. They know they’re near enough alone, but have no fixed idea of what they’re going to do to survive, apart from Henreid, who finds out very quickly. It’s also Henreid who’s the first to hook up with Flagg, although he’s featuring in the dreams the others have. Most of King’s novels are immersed in supernatural horror, and this is the first appearance of it in The Stand, where until now all the horror has been generated by man. This portion of the adaptation encompasses one of the strongest sequences in the book, where Underwood discovers that to all intents and purposes he’s the last living man in New York, and he and his companion decide to escape through a Lincoln Tunnel that has been blocked off. In the book King works exceptionally well with the unknown horror miles of darkness can generate, and Robert Aguirre-Sacasa and Mike Perkins transfer the scene in seat-squirming fashion, Perkins explaining in the book’s extra features how he guaranteed authenticity. The detail is utterly convincing, and that it’s illustration actually works better than the unconvincing 1990s filmed version.

By the end of the book some of the characters who’ll see the novel through have begun to meet each other, and that takes us into Soul Survivors. It’s been a compelling journey so far. Those with money can find all six volumes adapting The Stand collected in a slipcased Omnibus edition.