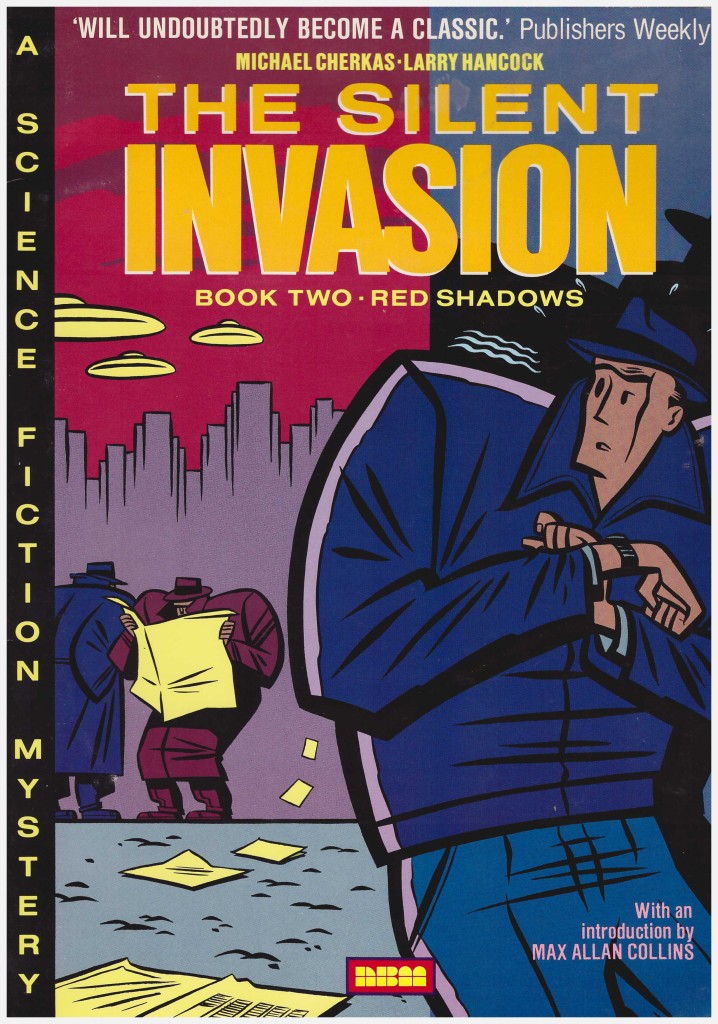 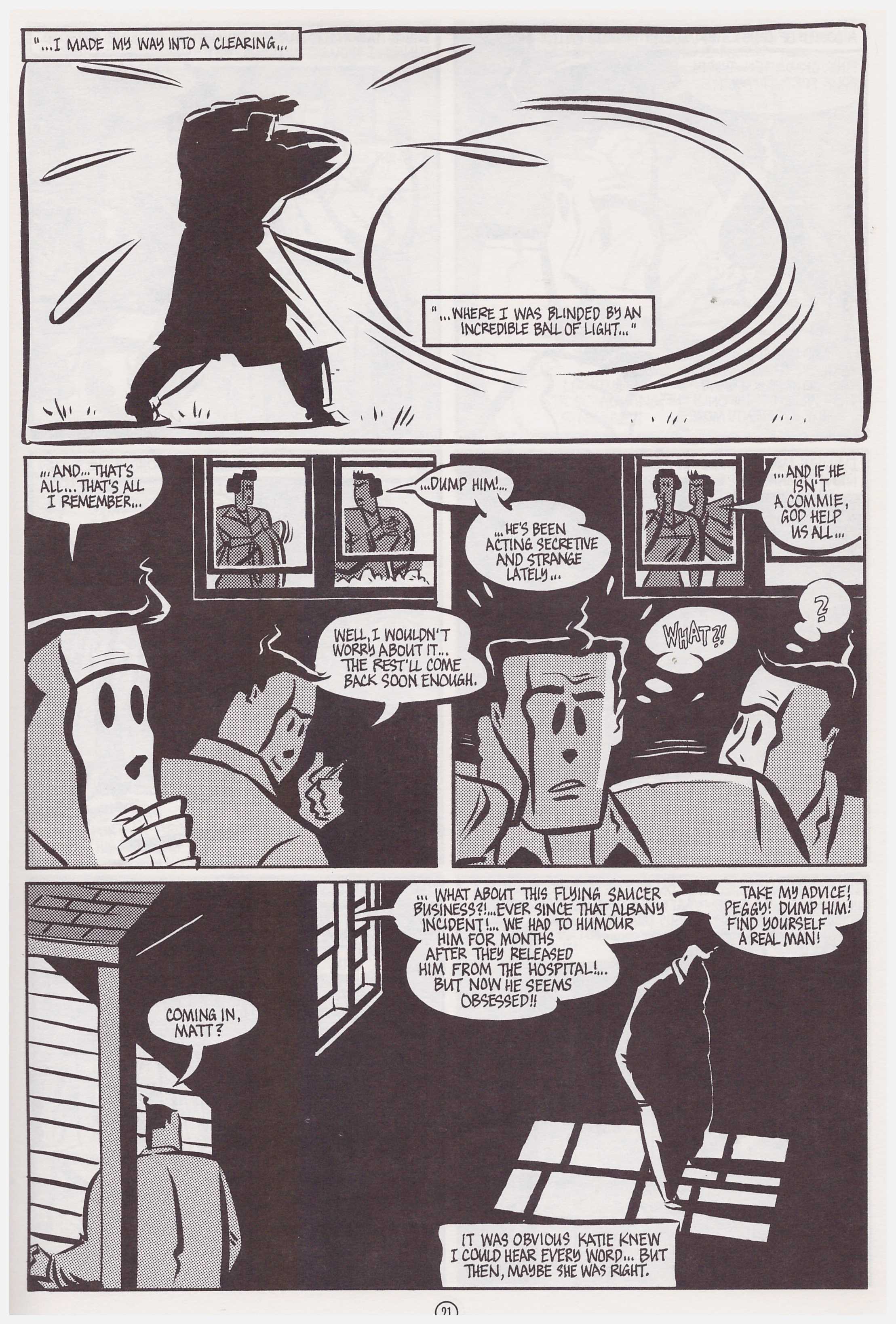 Secret Affairs introduced us to journalist Matt Sinkage in 1952. He’s had a UFO experience, but only recalls his girlfriend Peggy telling him he left her sitting alone in a car for six hours. It’s led to him following leads on other UFO tales, but with little success. When his neighbour’s secretary bursts into his apartment chased by unknown threatening men, he helps her escape, taking her to his brother’s place in the country to hide, without ever really understanding why he’s compelled to do so. It doesn’t end well, and Red Shadows begins a month later in June 1952.

The beauty of that opening shot was that Larry Hancock strung us along for the entire book with no revelations as he wove a fragmentary and compelling tale around wisps of information using the fears of the early 1950s. He pulls off that trick again here. Sinkage is being widely slandered as a communist, and in that era the whisper alone was sufficient for some to assume guilt. His sister in law’s telling his girlfriend to dump him, he’s been evicted from his apartment, is definitely being followed, and he’s losing the support of his own newspaper colleagues. Matters become worse, and by the conclusion of the opening chapter Sinkage is in a pretty bad place.

Hancock’s script is beautifully balanced. We’re never sure whether Sinkage is a paranoid who’s creating some of his own problems, or whether his entire life is being manipulated by beings unknown. The uncertainty is accentuated by the cartooning of Michael Cherkas, his use of black ink for panels with just a few strokes of contrasting white a lesson in economy and mood.

As with the first book, Red Shadows is structured so that it can be read independently and satisfy without any awareness of it being part of a bigger story. It is, however, and Hancock and Cherkas’ fine exploitation of the 1950s societal underbelly continues in Tarnished Dreams. This volume is also available as part of a combined edition with the previous Secret Affairs.