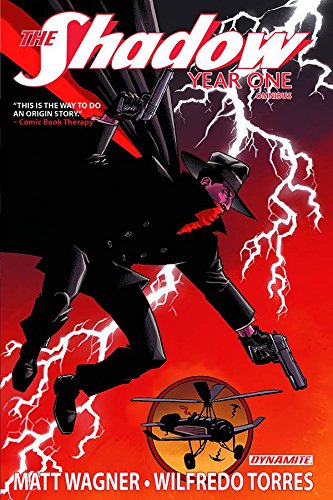 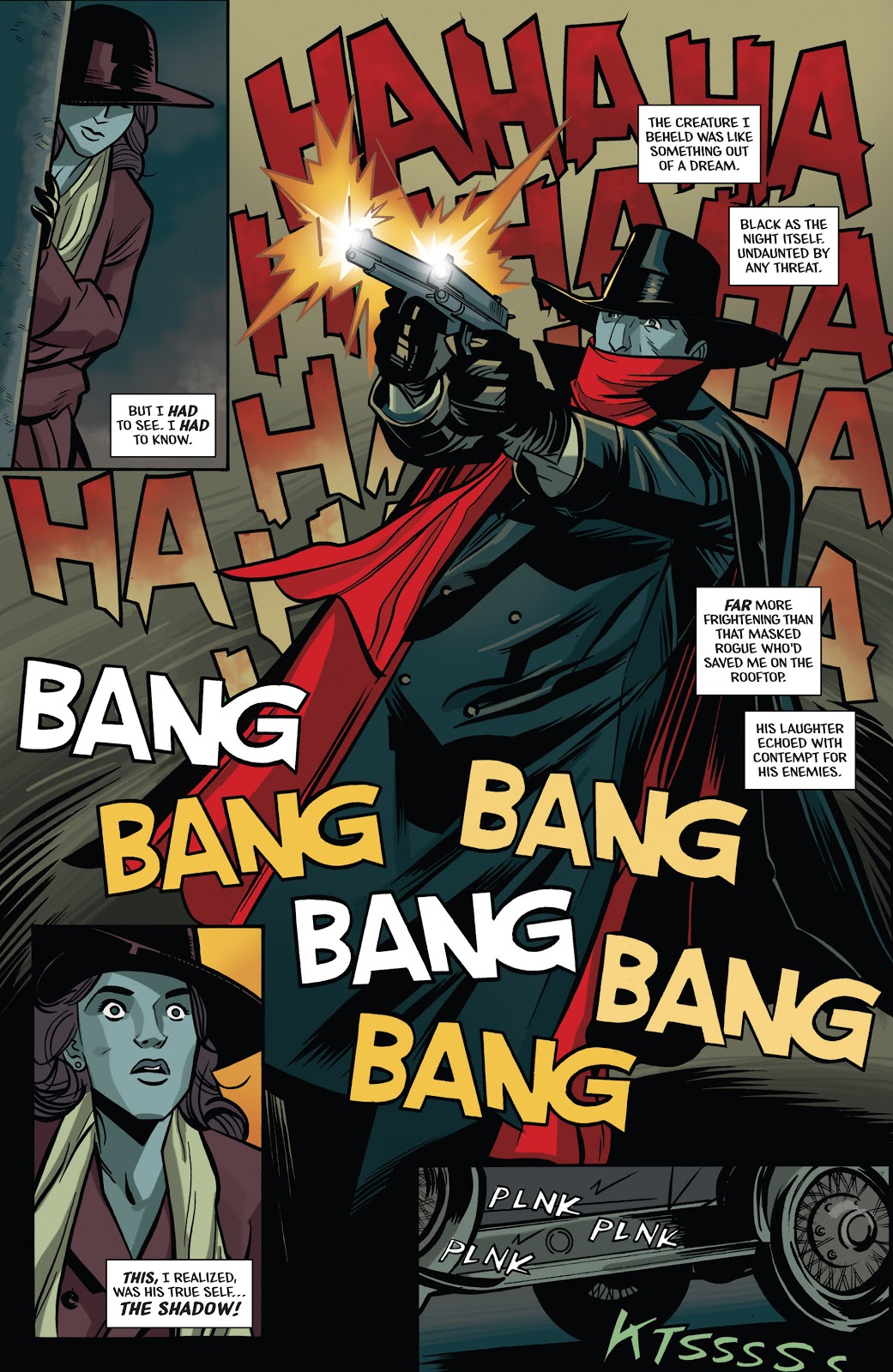 Matt Wagner took on quite the task in constructing the early days of the Shadow’s relentless two-gun war on crime, and he straddles the fine line between faithfulness and revelation very nicely. The Shadow’s origins have always been deliberately cloudy, and to be explicit after over seventy years of history would be indiscreet. Instead, after a deliberately ambiguous opening scene, wealthy socialite Lamont Cranston returns to New York after several years away. We can read what we like into that opening scene, but the Cranston who returns has accessories and abilities beyond those of normal men, and his arrival in New York coincides with a turf war breaking out among gangsters, with Joe/Giuseppe Massaretti looking to wipe out the opposition.

Early in the opening chapter Wagner sends a signal via a shocking scene, establishing that however repellent some attitudes might be by today’s tastes, his 1920s and early 1930s period setting will remain true to the times. That includes what some might find derogatory language. The times inform the characters, however, and that’s essential in us believing them.

So is the art, and there are pluses and minuses to Wilfredo Torres’ pages. He’s researched to create a period feel. This is the Shadow the way we want to see him, embedded in prohibition era New York, and the expressions of people he meets all tell a story, with his enigmatic Cranston standing out. On the downside there’s often a two-dimensional feel about the cast, who’re stiffly posed and look to have their clothes ironed on and well starched.

As Massaretti causes chaos, the Shadow slowly gathers those who’ll become his assistants. The glamorous Margo Lane provides the narrative voice, but we also meet accountant Claude Fellowes, police detective Joe Cardona, and Stanley the driver. Unusually, what the Shadow doesn’t know is that a reporter is on his trail, digging into his past, which leads to a neat referential touch at the end. Wagner captures the shift from Cranston to Shadow well, and includes suitably pulpy references to the Shadow’s prose past

Year One closes with cover reproductions that accompanied the original comics when serialised, ten apiece from Wagner, Howard Chaykin, Alex Ross and Chris Samnee and there’s nothing ordinary about any of them. The strong design of this forerunner to the superhero community lends itself to maximum impact, and these are four great artists. Chaykin’s previously dabbled with the Shadow, and because he writes more than draws these days it can be forgotten what a talented artist Wagner is. Samnee’s work stands out for often being more design-led, and Ross makes his lifelike realism work for a larger than life character.