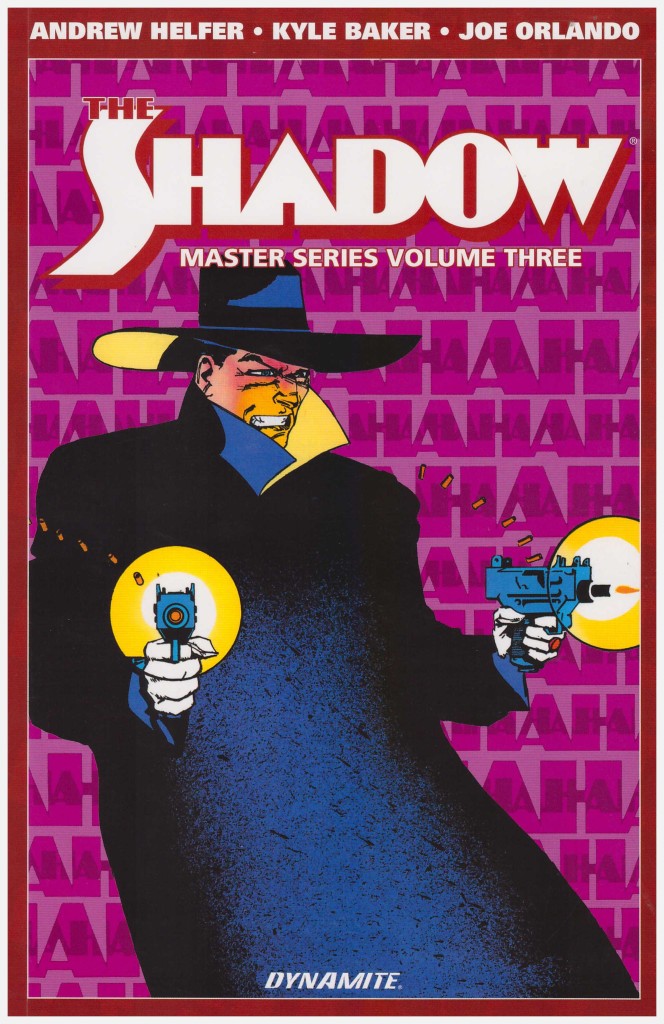 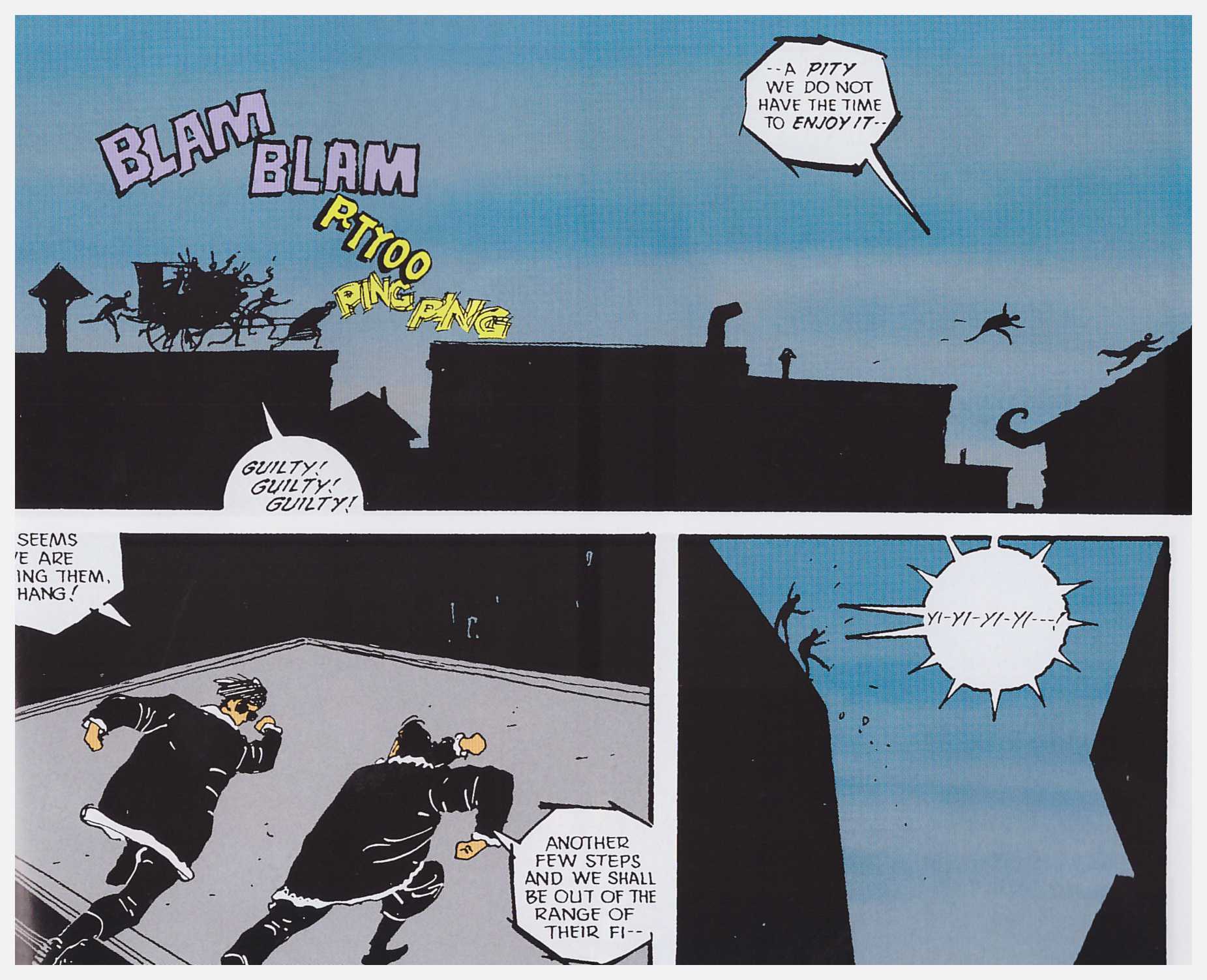 For reasons apparent on reading, the Shadow’s cadre of agents have been left at rather a loose end, and the bulk of the book concentrates on two conjoined narratives, one of which follows them. The other focusses on the Shadow’s twin sons as they attempt to make their way back to the mystical land of Shambala. One slight problem is it’s location in territory now claimed by China.

This third collection of material reprinted from the 1980s finishes without the ongoing story being concluded. When this iteration of the Shadow was cancelled rumours circulated about the licensors pulling the plug due to the content not being respectful enough, an idea given creedence by its rapid replacement with more traditional incarnation. Artist Kyle Baker has since said, though, that this has no foundation, and sales alone were the sole reason for discontinuing the series.

So, should you invest in a story that was never completed? Emphatically, yes. Volume two contained one of the finest stories American mainstream comics saw in the 1980s, and the six chapters of ‘Body and Soul’ reprinting material from the original series barely drop the quality. There’s a surplus of wit, surprises, mayhem, and fine Baker artwork that justifies the purchase. Even thirty years later few graphic novels pump out this much off-kilter eccentricity that drops into a strongly plotted structure where nothing is forgotten, and almost everything has relevance.

Under writer Andy Helfer the Shadow’s agents are a well-characterised bunch of misfits, many of whom only fulfill their potential while in the Shadow’s service. Left to their own devices, they struggle individually, particularly perennial psychotropic substance abuser Twitchkowitz. He concludes he needs to use his specialised knowledge to fight crime as the Inoculator, but rapidly uncovers widespread corruption among the police.

En route to Shambala, Hsu Tei and Ching Yao find themselves in an outlaw town where instant justice is dispensed by the Arbitrator, marvellously conceived by Baker as a British style judge in a traditional wig pulled along in a rickshaw and trailed by a rabid mob. Elsewhere Helfer throws in the Avenger, also derived from the pulps, now in his dotage, but still able to manipulate his features to fool others, and a re-worked incarnation of the Shadow.

Both threads squirm all over the place as they escalate into mayhem, yet never slip out of Helfer’s control, and it’s a shame the story was never concluded.

Two annuals also reprinted don’t quite reach the standard of the remaining material. One is drawn by veteran artist Joe Orlando whose career began in the 1940s when the story is set. It lacks the panache of Baker’s art, but Helfer cleverly ties matters into a threat from the first collection in the series. The second is more satisfactory, taking its opening cue from Citizen Kane, featuring Baker art, and running through how the Shadow’s agents were first conscripted into his service.

In this collection more than the previous two, colouring designed for pulp paper is exceptionally vivid and occasionally distracting on high gloss, but that’s no deal killer.