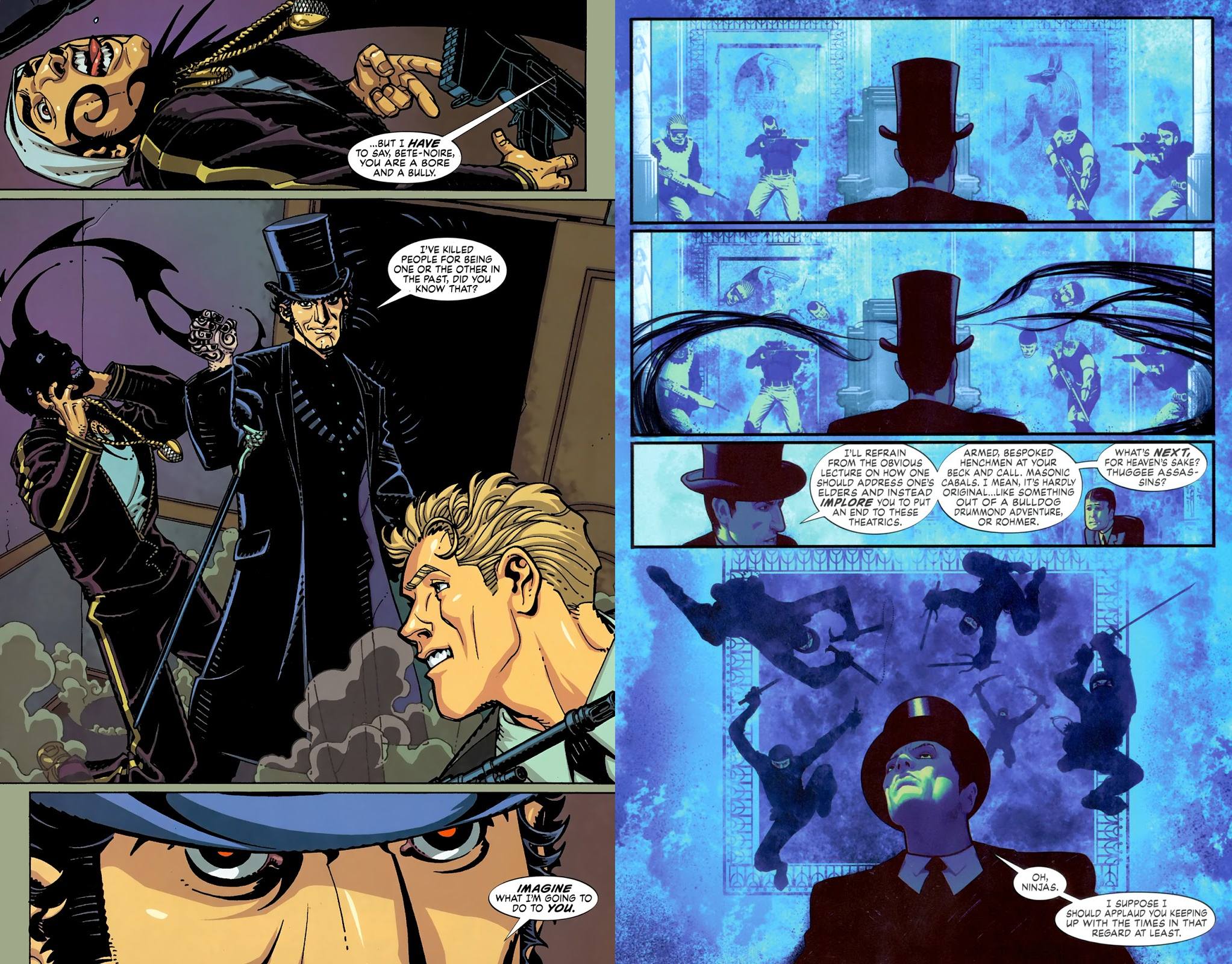 James Robinson concluded his Starman series in 2001, and has wisely decided to leave well enough alone ever since. A decade later, though he was tempted back for a series of stories featuring the Shade, an old villain he’d transformed into a charming, intellectually refined foil for Starman. Is he intentionally drawn to resemble Neil Gaiman on Tony Harris’ cover?

To all intents the Shade is now composed of malleable dark matter housing his intelligence and taking human form. This all-but renders him both immortal and immune from harm, but there are those who remain unconvinced, and Robinson begins with the Shade learning of a contract on his life. After dropping in on a few inhabitants of Opal City, Robinson’s sweetener for Starman fans, the Shade sets off on a world tour to settle accounts.

It’s a peculiar journey, interesting, yet lacking the compelling qualities of Starman’s meanderings. It’s in part down to the Shade’s aloof nature. Robinson supplied him with an interesting personality, having a sort of Sherlock Holmes form of detachment combined with supreme confidence, but it’s not a character designed for carrying twelve chapters without constant mystery or distraction. He works best in short bursts, such as the World War II interlude drawn by Darwyn Cooke. It’s a thrill rush adventure reel, constantly moving, featuring viable guest appearances and concluding in melancholy. Let him ramble for much longer and the Shade suffers the fate of anyone who loves the sound of their own voice.

The use of multiple artists may or may not inform the thrust of individual episodes. Cully Hamner (sample art left) draws the opening three chapters and fits the template of traditional superhero artist most closely. Javier Pulido makes spectacular use of Barcelona, and there’s a static luminosity to Frazer Irving’s three chapters (sample art right), featuring the mystical and unknowable. Jill Thompson and Gene Ha draw interludes set in 1901 and respectively, both very nicely.

As the Shade tours the world Robinson has him meet new creations, supplied along with a history, drawing on the associations of their nation, but without dropping into the banal. Such would be anathema to the Shade. Robinson’s a film buff, to the point of having directed movies, so knows of the refined English actor George Sanders. His suicide note claimed he was leaving because he was bored, and the Shade’s Englishness, ennui and disappointment with humanity channels that personality. Early on he claims to be in love, yet a forced conversation with the object of his adoration rings false. Robinson’s a good enough writer overall to prompt the consideration that he’s layered the narrative, and the Shade is attempting to convince himself.

Finally revealing the Shade’s origin as the closer is fitting. So is that being a deliberate contrast in beginning with an ordinary man still able to relish life and what it offers. This includes a taste for the lowlife in Dickensian London that was to be his downfall or ascension, depending on the viewpoint. By and large the self-contained single chapters are the highlights. The first longer piece takes time to kick into gear, the second works well enough, and the third starts well, but drifts into vagueness, always a possibility when spotlighting the unknowable. Overall there’s enough entertainment to rank The Shade above average, but it doesn’t match the best of Starman, and that could be an expectation. 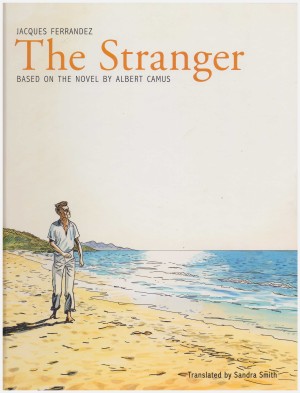