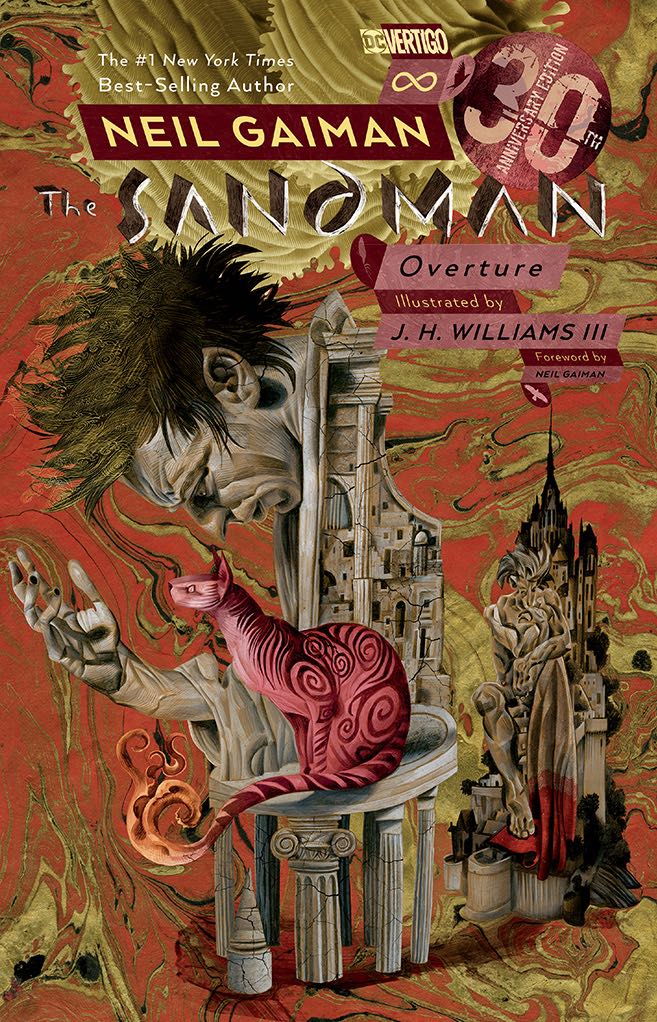 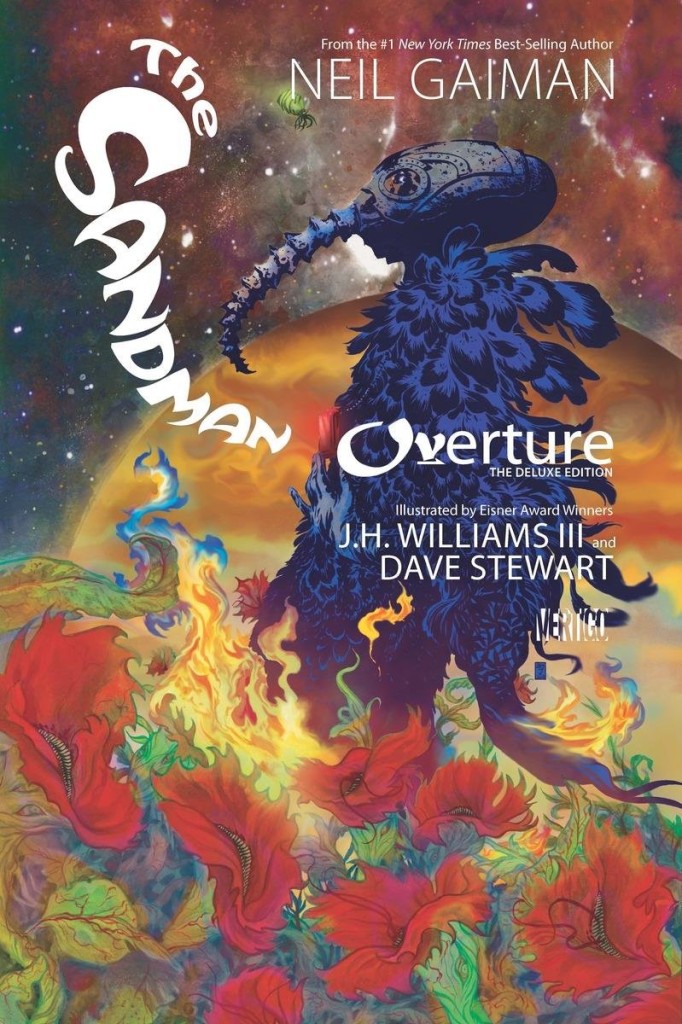 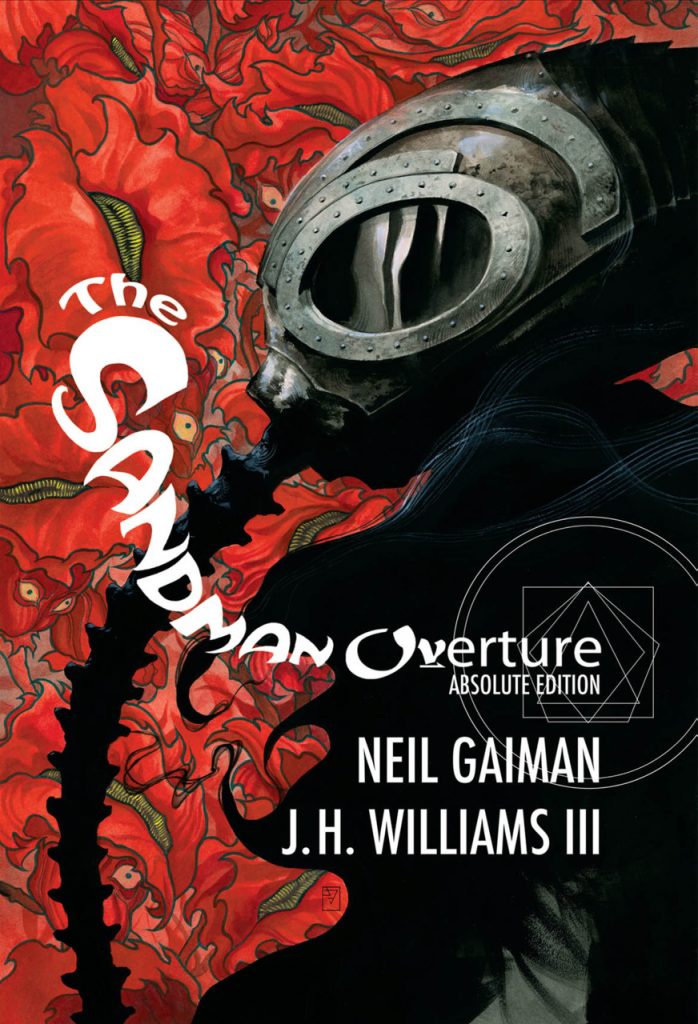 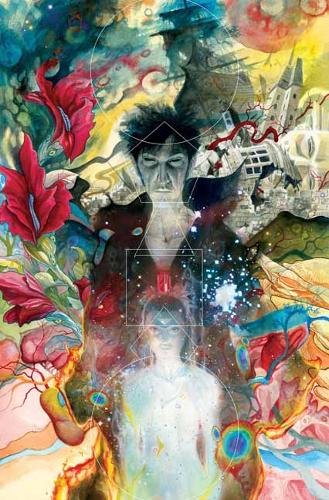 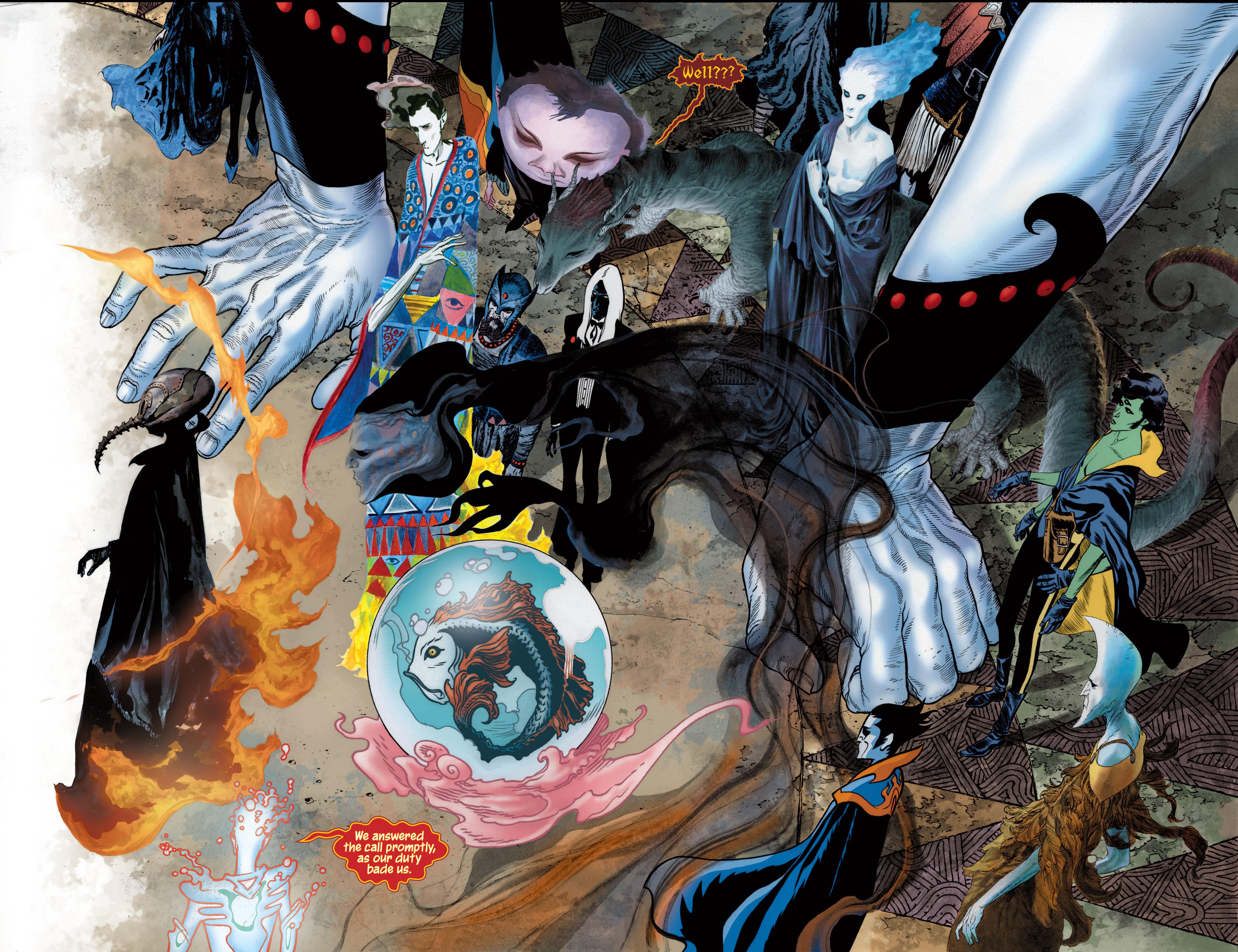 When Neil Gaiman began his acclaimed Sandman series it was with the Lord of Dreams trapped by an occultist and away from his kingdom. How the events leading to Preludes and Nocturnes occurred had never been explicitly revealed, and when Gaiman returned again to his character it was announced that these circumstances would be revealed. That was but a tease for this heroic treat.

Yet, it’s not Gaiman’s work that first impresses, but that of his collaborator J. H. Williams III. Already known for his stunningly decorative art, he sets new standards here, with the amazing vibrant colouring of Dave Stewart bold and as ambitious as the art and script. Williams’ design sense throughout astonishes. In the opening pages alone we move from the experience of a plant as it dreams to a scene laid out across the teeth of a killer, to story elements related in the pages of a turning book, then the panes of a window. Of course, it should be noted that while the execution is down to Williams, he may be just responding to Gaiman’s script. Either way, this ornate storytelling innovation is visually impressive, yet on occasion narratively literal, a theme that’s rapidly discarded.

As the tale proceeds we discover that there are more aspects to Dream than he considered. Indeed, he may not be unique, and his family, the Endless, may not be the oldest existing beings after all. Then in the world of dreams what is true and what is false?

Unexpectedly, Gaiman returns to an idea used previously, yet now approached from a different perspective. A dream vortex can destroy reality as we know it, and that it exists is down to an error on Dream’s part that he must now rectify. As the end of Gaiman’s original Sandman series approached, the plot dripped out amid myriad diversions, and there’s initially a feeling of this recurring. We’re treated to expansive descriptions and portentous hints, yet Gaiman’s a step ahead as the purpose of a journey is enabling him to revisit the past and administer narrative polyfilla to plug all sorts of cracks. Williams switches style to accommodate these varying tones, and there seems no end to the tricks of his craft. Kirbyesque technology blends into oriental imagery and photographic distortion followed by Mucha-style intricacies with Stewart adding his glow to stunning effect.

One word of warning: however much Williams’ art may appeal, Overture is not the book with which to begin reading Sandman. Gaiman knows his audience, and doesn’t talk down to them, so some plot aspects, in particular the conclusion, will make little sense to a new reader, dependent as they are on what has gone before.

The bigger themes here are meditations on permanence, and our place in the universal scheme, probably not something Gaiman could have written as well twenty years previously. How good is Overture? Well, in almost a throwaway line, “it is the nature of dreams, and only dreams, to define reality”, Gaiman encapsulates his entire Sandman opus. It’s that good.

An ‘Absolute’ edition is also available, presenting Overture in oversize, complete with hardcover binding and slipcase. How are six chapters padded out for a $100 edition? By providing the entire story and following it with the entire story again, this time reproducing Williams’ uncoloured art. Overture is a story good enough to want in a larger edition to better appreciate the lush art, but really? Ker-ching!