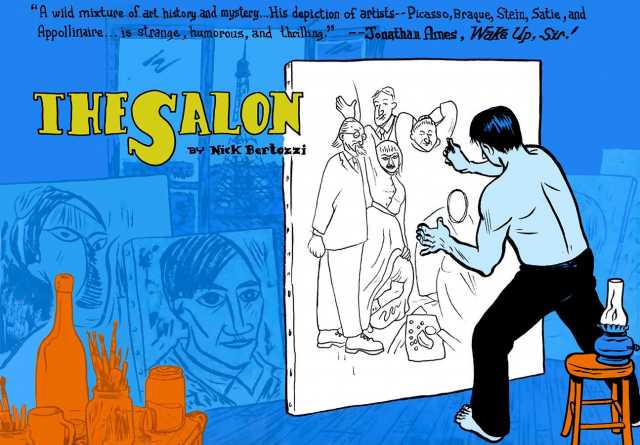 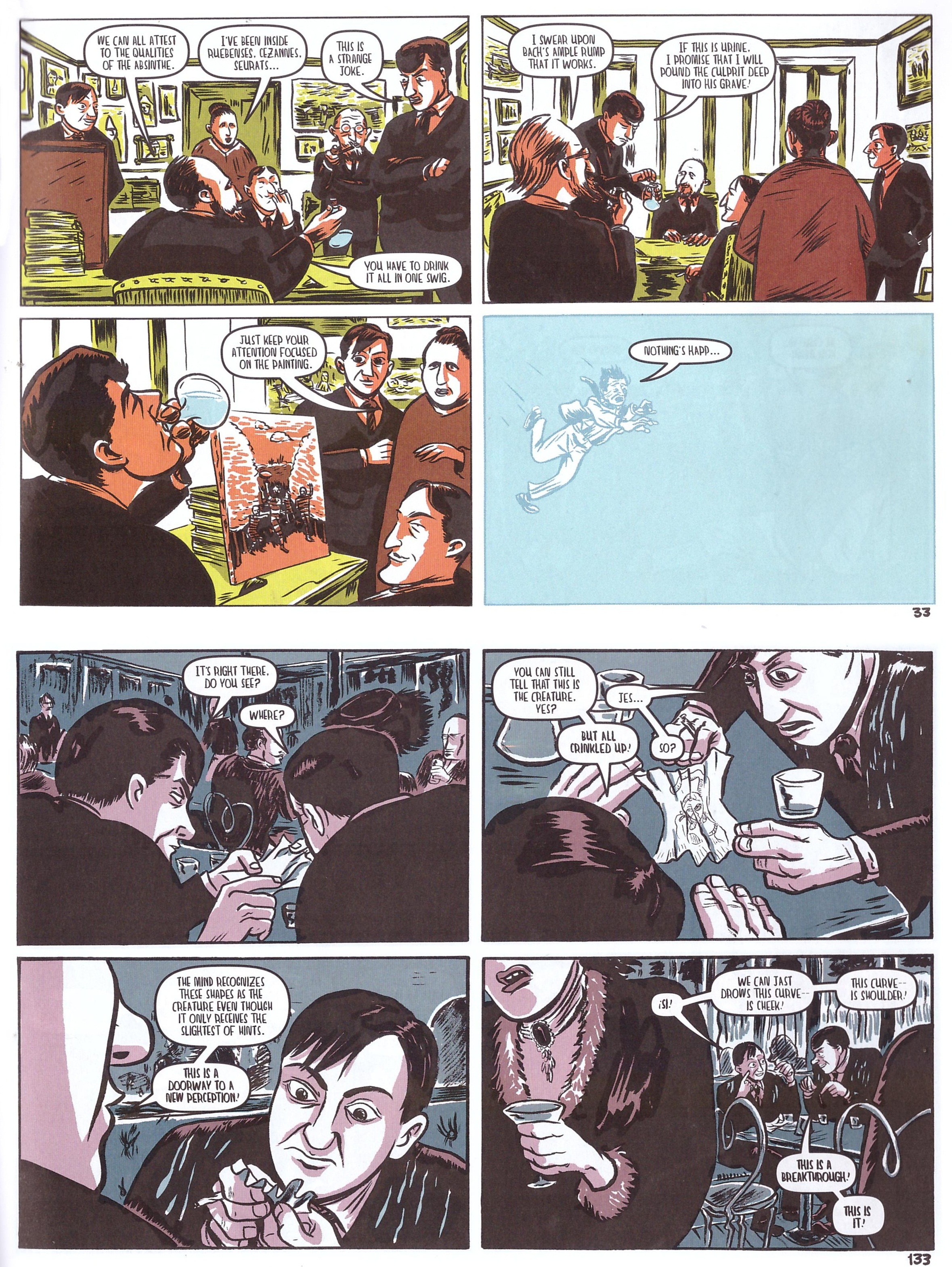 The Salon is a playfully surreal evocation of Paris in 1907, a favourite city for ex-pats at a time when many now highly regarded painters were scratching a living. Unfortunately for them someone is removing the heads from artists and their associates, a blue skinned woman according to the papers. This is entirely possible in a world where Gauguin didn’t hallucinate blue skinned women and paint them, he had one as a girlfriend, and where drinking a specific distillation of absinthe enables imbibers to enter paintings and interact with the people and surroundings.

Nick Bertozzi’s interpretation of the cast is very funny, crude exaggerations of their known personalities. Pablo Picasso is a confrontational and provocative serial masturbator, Gertrude Stein a brute with a sailor’s mouth and Leo Stein a fearful prig, the latter two having a wonderfully fractious relationship as only sister and brother can. This isn’t just knockabout comedy using famous names, however, as along the way Bertozzi’s caricatures discuss their art, their techniques and their philosophies in a manner that transcends their farcical antics. Picasso even expounds on the simplicity of comics rendering them items of beauty. By the end of the book he and Georges Braque’s discussions have led to the evolution of cubism, which comes across as the central concept for Bertozzi, with the remainder of the plot window dressing around their conversations. Those conversations, however inspirational for the protagonists, would be dry reading in isolation, and the ingenious horror/crime plot captures the imagination and entertains.

With art the conceit around which all revolves, it’s important that Bertozzi’s own drawings are up to scratch, and they’re lively in defining a varied cast, his brawling, egotistical young Picasso standing out. He’s experimental with the format, which is landscape, although four rigid panels per page, and with colour, each page being black and white with two added tones for mood. Several known paintings feature, and Bertozzi creates approximations that fit with his style in preference to detailed copies, which would be both far more difficult to create, and would draw attention away from the cast.

These are the belle epoque celebrities as you’ve never seen them, but it’s best not to take all revelations about them as gospel, although they’re based on truth and their essential characters (a Lenin cameo is great). Bertozzi removes them from the history books to create vibrant young people, and that in itself is enlightening. Beyond that, he’s instructive, not just by relating the development of cubism, but the clever way he does so. Anyone with even a vague interest in the cast or topic can’t go wrong with The Salon.