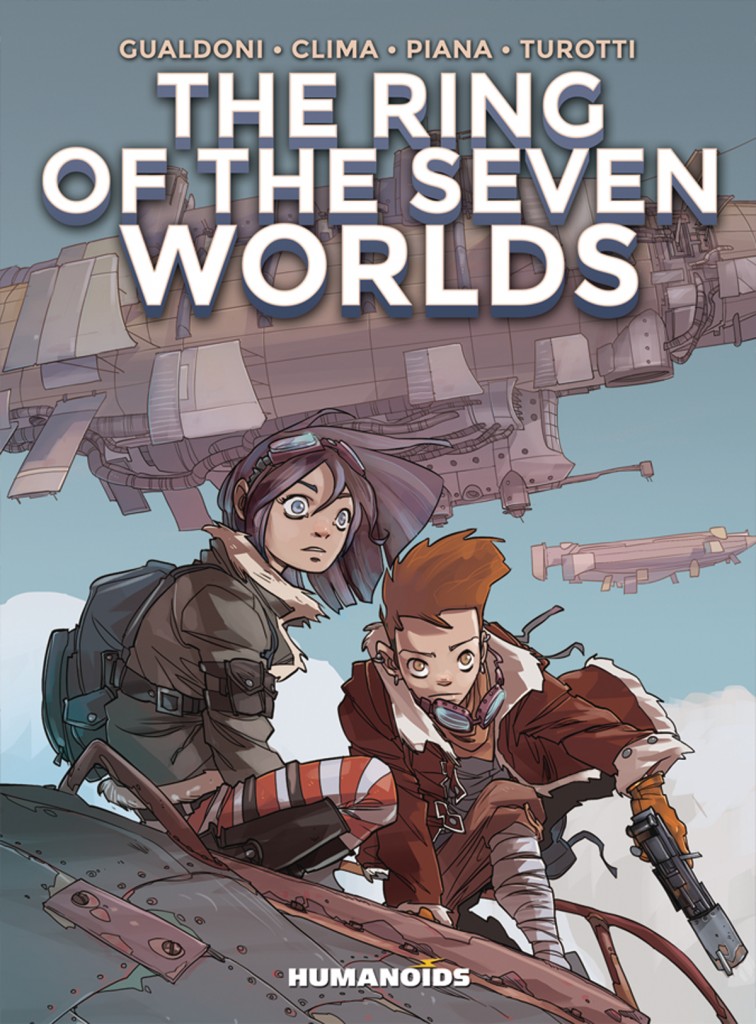 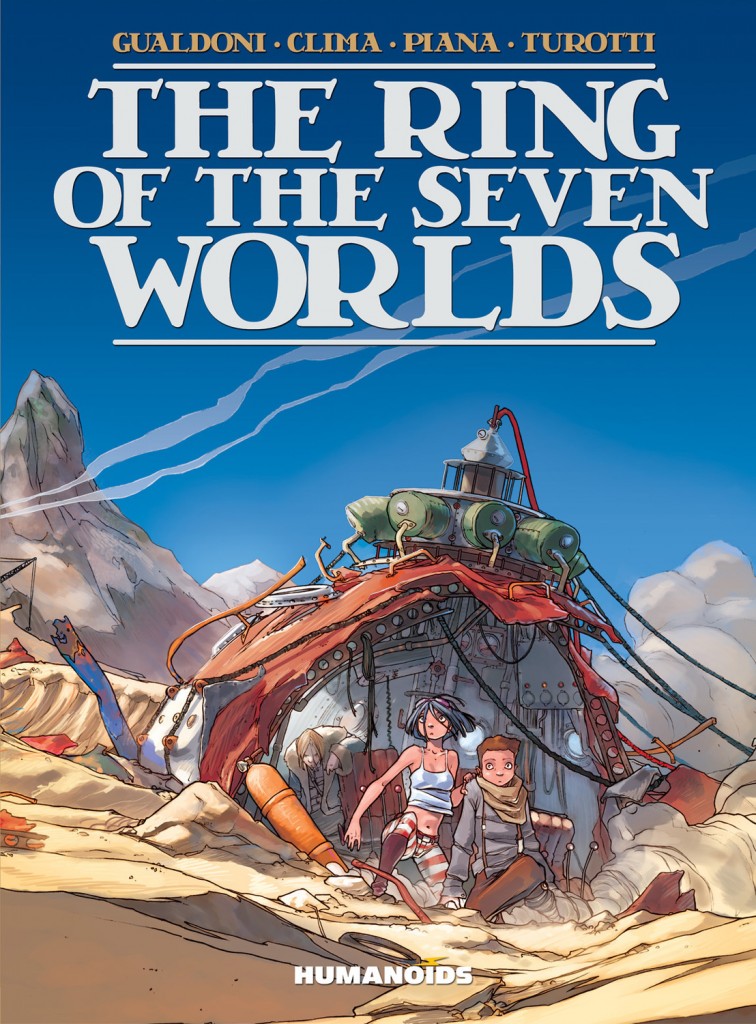 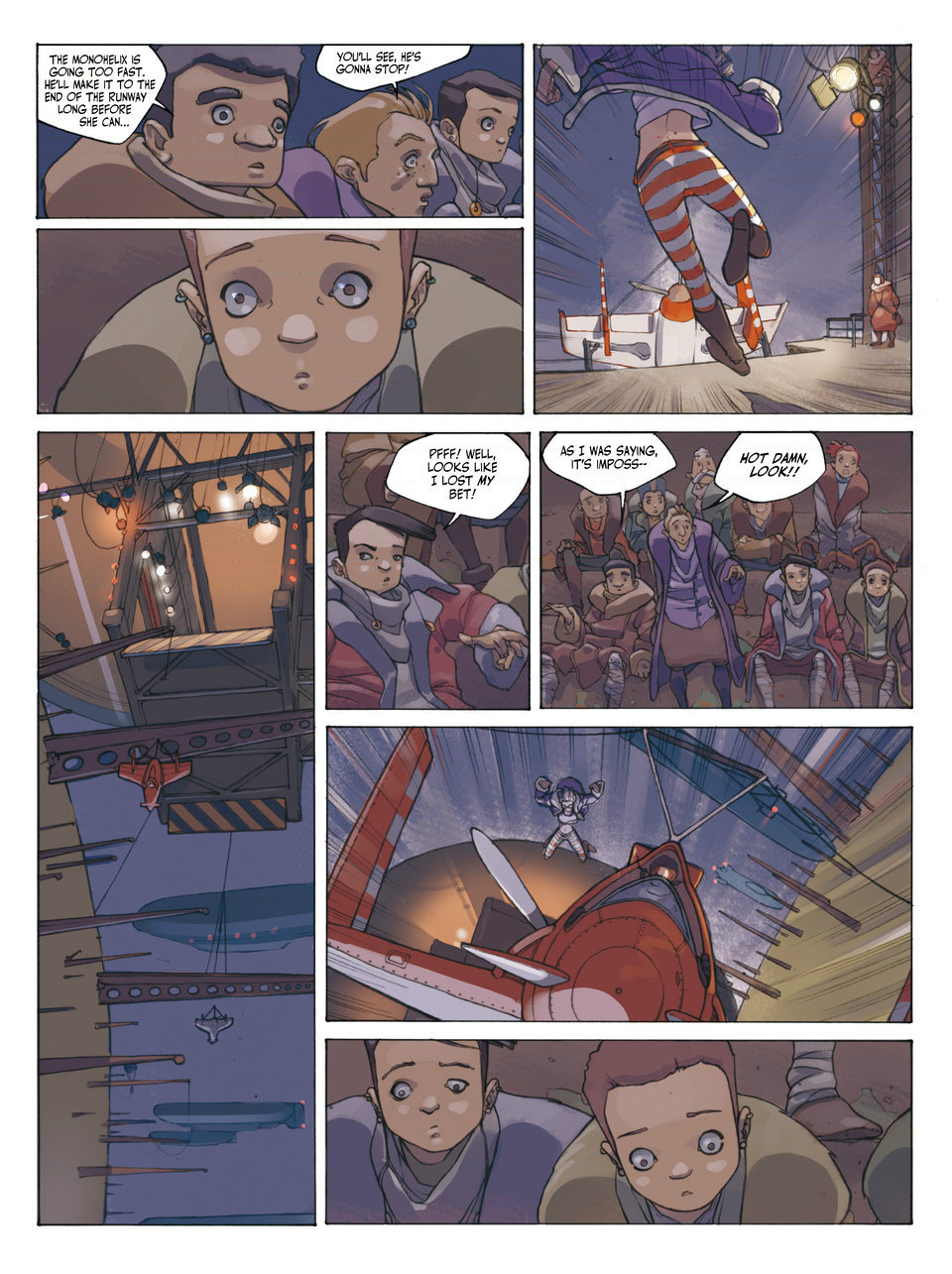 The odd title refers to massive gateways, doors from which it’s possible to travel from one world to another, and that’s central to this young adult adventure, combining all four volumes as originally published in Europe.

The influence of  Studio Ghibli animation is apparent not just in the stylised art of Matteo Piana, but also in momentous events supplied as the background to the adventures of two youngsters, in this case Luce, a fearless circus acrobat and Timo, son of the Merchant Guild’s director. The director stands in the way of excavation plans at a sensitive site, and Timo and Luce witness his killers, who strike just as their planet is invaded by demons thought to have been dealt with three hundred years previously.

Writers Giovanni Gualdoni and Gabriele Clima have an interesting method of introducing the main cast, having one meet another whose activities are then spotlighted for a page or two before the next is encountered. Once that’s done they move to protracted action sequences, brilliantly staged byPiana. Lacking much dialogue, yet rich in movement and detail, they’re very impressive. Piana’s people, however, are an acquired taste, thin and with exaggerated facial features, although the latter are sometimes indicators of character.

A vast political backdrop is introduced, and the writers keep adding more complications and more characters, eventually having to resort to groups explaining their purpose when first seen, which isn’t very satisfactory. By the midway point five separate groups have an interest in the invaded world of Borea, and that’s not taking into account the complex political negotiations that have to occur between Borea’s disparate trade guilds.

After 150 pages there are so many balls up in the air that a sense of wonder begins to develop as to exactly how the writers will manage to pull everything together as fewer and fewer pages remain and they continue to introduce more characters and new situations. The answer eventually becomes clear. They can’t. There’s a rushed conclusion and some elements remain unexplained or dropped altogether (the plotting of an excavator for one), while others are all too convenient, such as someone figuring out in a time of need what’s eluded every single inhabitant for centuries.

What we’re left with is an extremely well drawn and spirited adventure that’s going to appeal far more to anyone prepared to go with the flow rather than concern themselves with the detail.