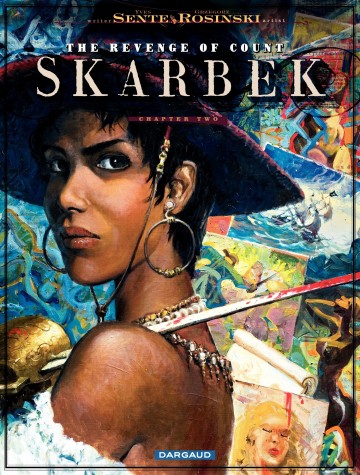 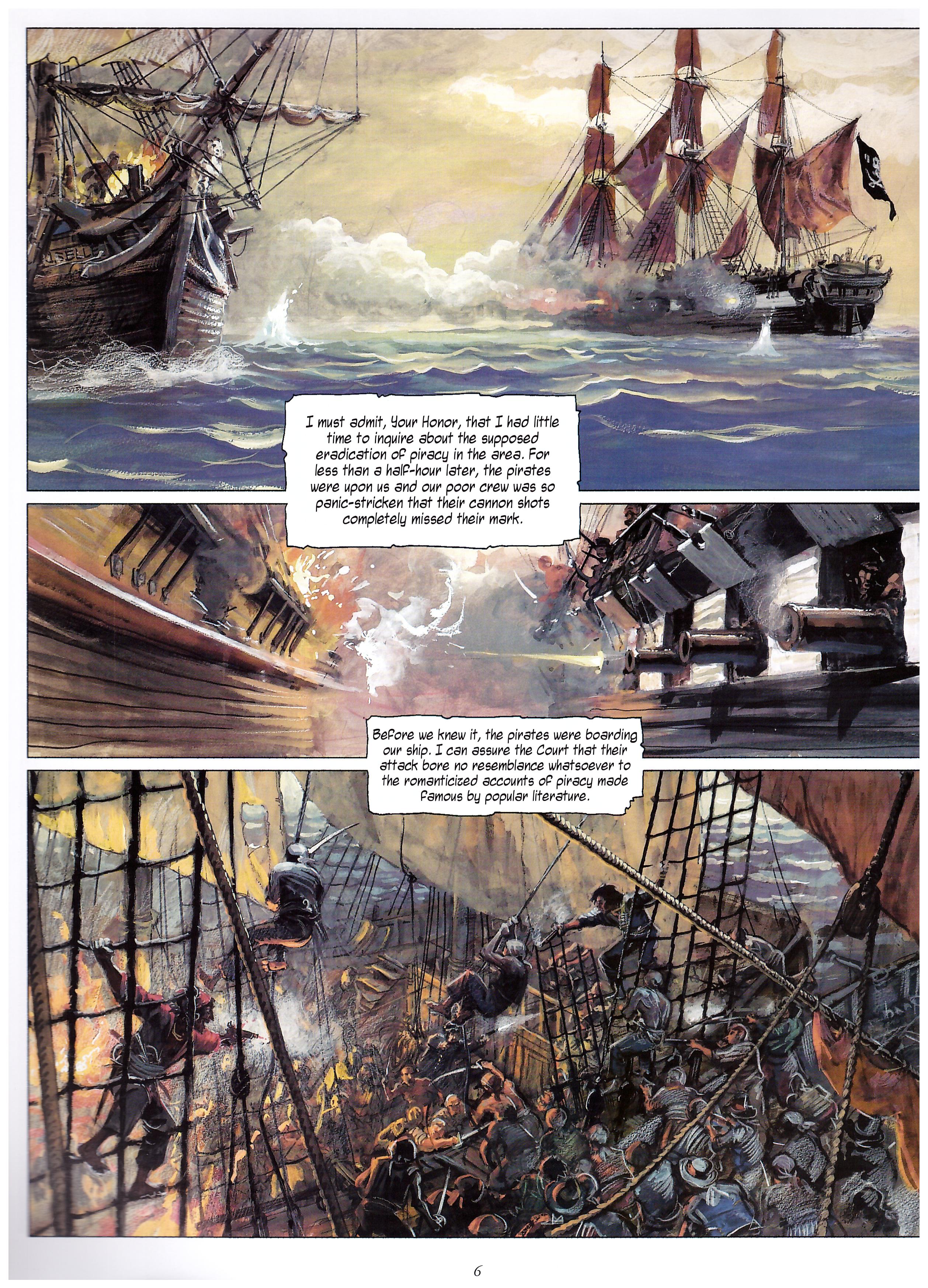 In the grand tradition of 19th century literature, the opening instalment of The Revenge of Count Skarbek concerned a wronged man having returned to Paris to confront his assailants who’d presumed him dead and no threat. In Two Golden Hands Polish Count Skarbek was revealed as the painter Louis Paulus, and sensational court proceedings provided plenty of scurrilous disclosures for the tattle sheets of the day. In court Skarbek had reached the point where he revealed art dealer Daniel Northbook planned to frame him for murder, charges he had little chance of defending at the time. A Heart of Bronze opens with Skarbek continuing his testimony, revealing how he came to be scarred and why he’s not been able to return to Paris for over a decade.

If Grzegorz Rosinski’s Parisian scenes in the first volume took the breath away, the story’s departure for new locations enables him to impress still further. Battles at sea with pirate ships, exotic Caribbean islands and cliff top duels are painted with a dexterity and an eye for detail that render each panel a work of art. Too many artists painting their stories have difficulty maintaining a panel to panel continuity, or are unable to avoid a posed effect to their figures, but there’s none of that with Rosinski’s glorious pages. Instead there’s depth and life.

Midway through A Heart of Bronze Yves Sente introduces the renowned composer Frederic Chopin, accompanied by a bombshell. In passing, and in homage to Alexandre Dumas whose style of plot Sente is cleverly imitating, the opening volume introduced Marsac, employed by Dumas to attend court hearings that could supply sensational events for use in his novels. It’s Marsac who hears the true story, providing a new perspective to much of what we’ve read in the opening pages. As Sente continues, we can only admire how deftly he’s planted the information that bolsters the different story he’s now telling, and he has one more great surprise to reveal, another matter he’s effortlessly slipped by us, yet foreshadowed sublimely.

For all the skill, The Revenge of Count Skarbek lacks any warmth, coming across more as an exercise in precision plotting for Sente, and leaving us with no sympathetic protagonist. This is by no means a fatal failing, but the novels on which Sente has based his formula generally supply someone for whom the audience roots. What we do have is an accomplished page turner with plenty of surprises and some fantastic art. It’s a great shame that it’s now long out of print in English.