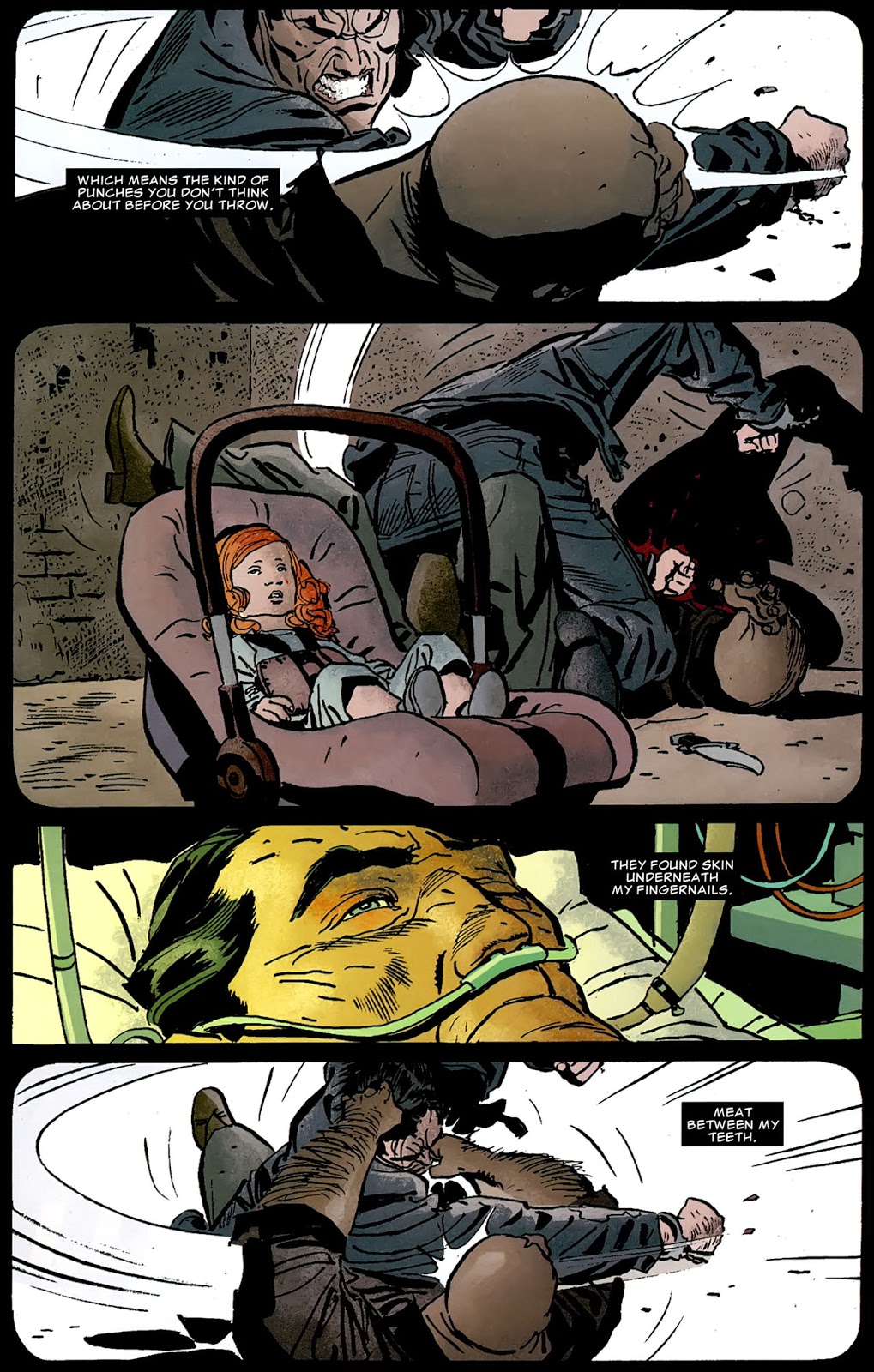 This final hardbound collection of Garth Ennis’s Punisher work again presents two contrasting tales in which Ennis ties up all dangling plot threads from his run, bequeathing very few characters to his successors.

The opening sequence is well drawn by Howard Chaykin, but the remainder of the book is the work of Goran Parlov, and there are problems with his art for action that’s supposed to be based in the real world. His extraordinary rendition of both the Punisher and Barracuda with arms with the girth of lamp posts is thankfully curtailed for ‘Valley Forge, Valley Forge’, but Parlov is poor at conveying the emotional subtlety at the heart of ‘Long Cold Dark’.

Two elements connect the stories, the idea of what made the Punisher, and the Vietnam war, which was a determining factor. ‘Valley Forge, Valley Forge’ counterpoints the main story of the army’s top brass hunting down the Punisher with a narrative concerning his time in Vietnam. It’s not apparent why until a considerable way through the story, so the prose sections could mystify those who’ve not read Punisher: Born, which it continually references. Barracuda also served in Vietnam, and ‘Long Cold Dark’ fleshes out his background.

The other defining element of the Punisher’s origin is the day his family died, and Ennis supplies alternatives here. There’s a sequence speculating on the way Frank Castle’s family life may have progressed had that incident not occurred, and another situation presents itself giving him a slip road away from his war on crime. As the title of the series is The Punisher, there’s an inevitability about the choice made, but it’s interesting to see it dangled.

Neither of these stories are the finest of the run, although a more sensitive artist may well have elevated ‘Long Cold Dark’ from its published condition. That’s giving a false impression, though, since the dozen stories presented in these five hardback editions are by a long chalk the finest sustained run in the Punisher’s long publication history. The stories are also available as individual softcover editions titled Long Cold Dark and Valley Forge, Valley Forge.