The Prowler: The Clone Conspiracy 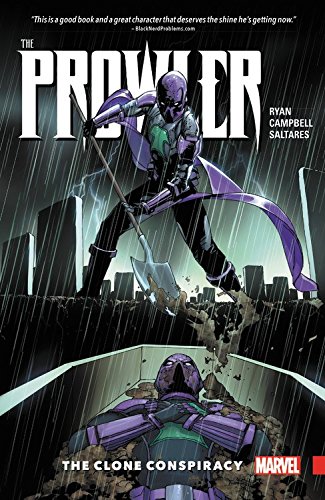 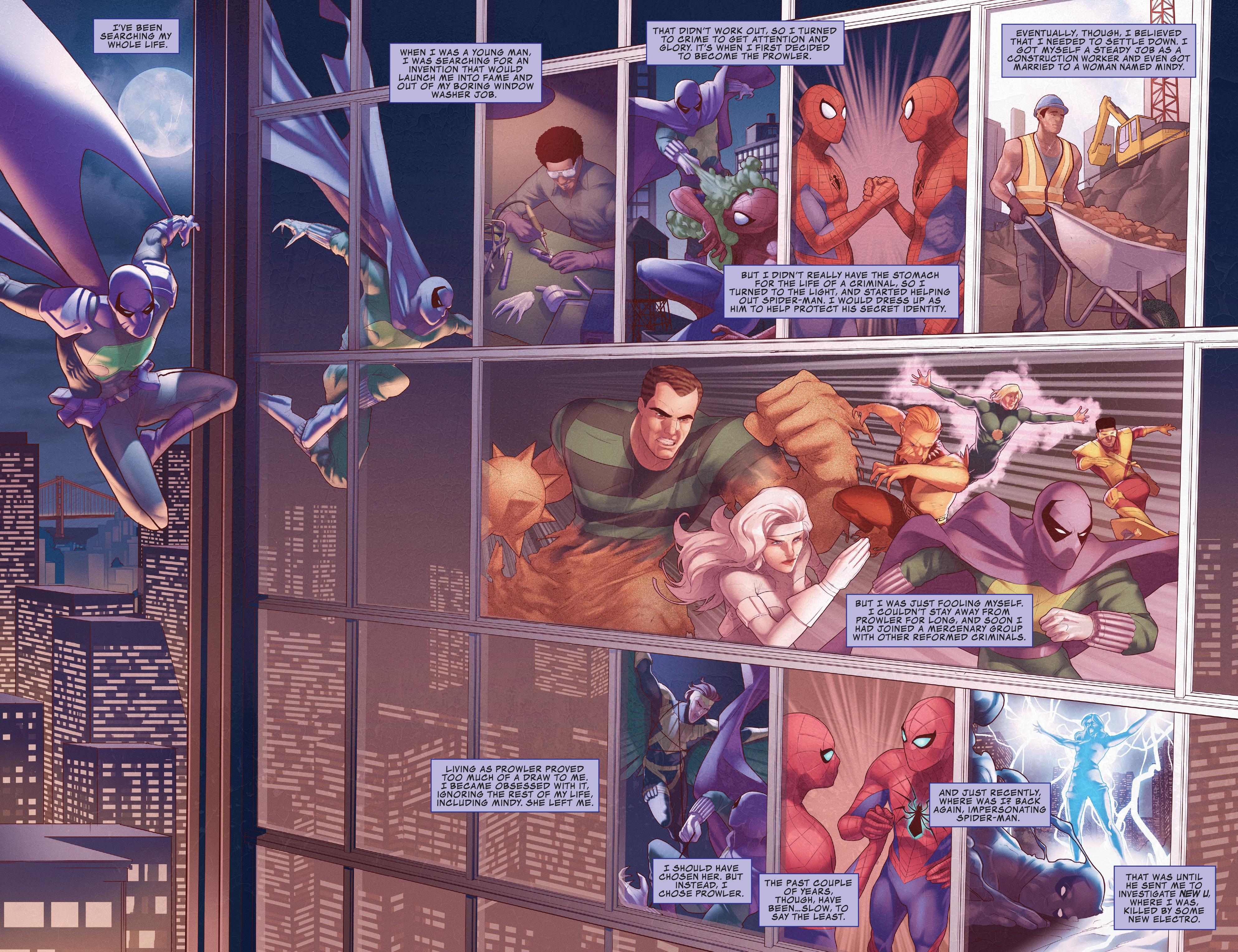 The Prowler has been an ally of Spider-Man dating all the way back to the 1960s, but in a minor and rarely seen capacity. When Dan Slott modified the way Spider-Man operated at the start of the Worldwide series Hobie Brown was given the technology to imitate Spider-Man, and later sent under his own identity to investigate the technology company New-U who were possibly engaged in dubious practices. While Spider-Man assumes he’s still loyal, readers are shown that he’s joined forces with the person running the company, seemingly an old Spider-Man foe, the Jackal.

This is the point at which the Prowler graphic novel opens, with the Prowler tied into the larger Clone Conspiracy story. He’s not working unwillingly for the Jackal and believes in his agenda, but also maintains a freelance career beyond the confines of the New-U facility.

Sean Ryan’s plot moves the Prowler from pillar to post, but the purpose appears to be just marking time until the revelation at the end of the fifth chapter. He fights with a new version of Electro, the cause of his current status, and also with Julia Carpenter, once a Spider-Woman and a former colleague, but the victim-defining narrative never convinces, and Ryan’s not subtle about dialogue info-dumps. The revelation is good, but what should induce a gasp of astonishment is resolutely underplayed, diminishing the impact considerably. The same applies to the finale where a bunch of options are considered, but to no great purpose.

If the writing’s not great, the art also bears the mark of the ordinary. Javier Saltares produces layouts for Jamal Campbell’s artwork, but although competent it’s not very appealing, resembling nothing so much as a succession of video game screen grabs. The cast often seem overlaid onto backgrounds rather than embedded in them, and the longer the story runs the more spartan those backgrounds become, with the colour filling in.

The entire graphic novel is also available within the hardcover Clone Conspiracy collection, and just like the Prowler himself, the main event is far better than the sideshow.