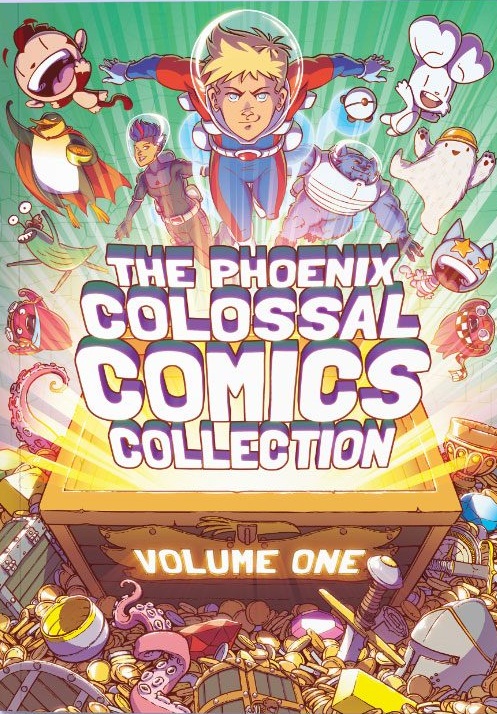 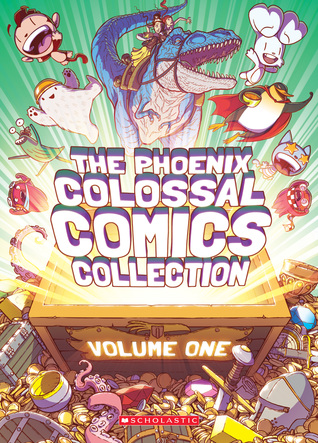 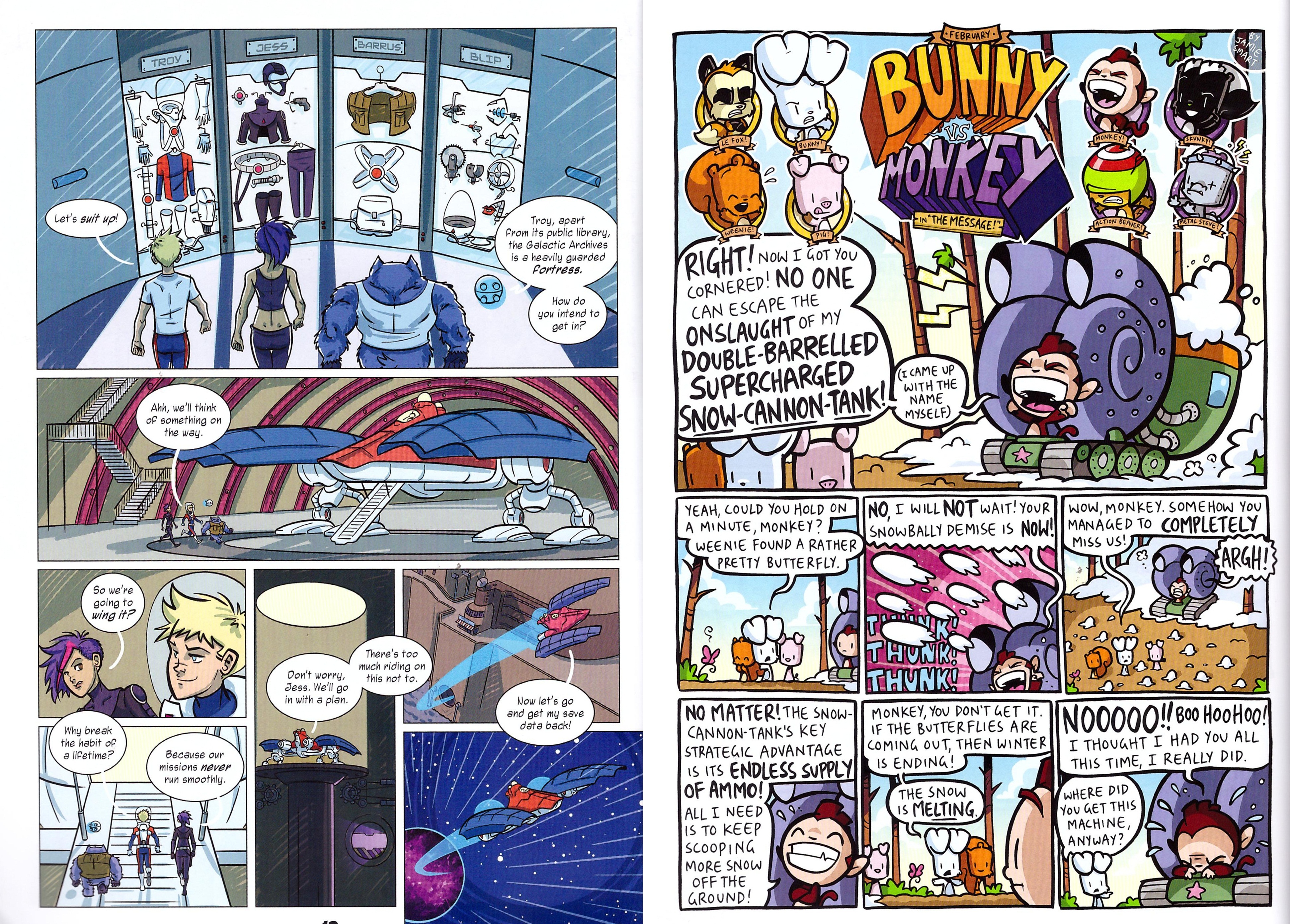 Since its launch in 2012 The Phoenix has been an innovative children’s comic, nurturing new talent and presenting new ideas, and The Colossal Comics Collection falls into the latter category. Rather than issuing all features from the comic in their own collections, this combines six of them in a hefty 200 page paperback. It’s in the tradition of the British comics annual, but given that Phoenix twist.

At its heart, the priority is making children laugh, even in the more adventure oriented ‘Trailblazers’ strip, peppered with funny dialogue and bizarrely conceived situations. The remainder of the content is more geared toward surreal slapstick, with ‘Doug Slugman P.I.’ not bothering with the slapstick in a series of strange solutions to relatively ordinary problems. Engagingly, Joe List starts every strip with a different explanation of how a slug became a private investigator, and finishes it with an enticing, yet completely false teaser of the next strip.

As ‘Trialblazers’, ‘Evil Emperor Penguin’ and ‘Looshkin’ have all featured in solo collections, it’s easy to jump to the assumption these were less than successful books, and combined for that reason, but there have been four volumes of ‘Bunny vs. Monkey’, so go figure.

‘Trailblazers’ is sifted throughout the book in four segments, and the other strips would have benefited from also being separated more, in the manner they would have been in the original comic. To a greater or lesser extent the remaining strips rely on repetition. The manic intensity of Jamie Smart’s cartooning has a repetitious quality, Evil Emperor Penguin wants to take over the world, and Doug Slugman solves a problem in a page, and concentrated blocks of them highlight the recurring devices instead of variety.

Neither Evil Emperor Penguin nor Troy Trailblazer were the most creatively successful features in their first solo outings, but Laura Ellen Anderson and Robert Deas respectively have built on already strong design and cartooning with stronger plots. Evil Emperor Penguin still comes across as a variation on Pinky and the Brain, but there’s enough charm and originality in his assistants to draw the comparison a little further back. The new inclusive ‘Trailblazers’ title better fits the feature, sharing the billing, and the plot is now something that only would have occurred to a 21st century writer, twisting around very nicely and having a surprising ending. The “to be continued” caption will prove very frustrating.

Not seen in collections previously, Jess Bradley’s ‘Squid Bits’ is no relation to Dan Boultwood’s ‘Squid Squad’. They’re separated by quality also. ‘Squid Bits’ is a packed page at a time loaded with inventive whimsy, while ‘Squid Squad’ is a thin joke stretched too far, even over just ten pages. Chris Riddell’s single pages are titled ‘Now for Something Completely Random’, and live up to the premise with clever, thought-provoking illustrations.

This isn’t the best The Phoenix has to offer (see the recommendations for other collections originating there), but showcases the variety of strips and imagination in each issue. It should enthral any youngsters and as it’s prominently labelled as volume one, there’s more joy to follow.