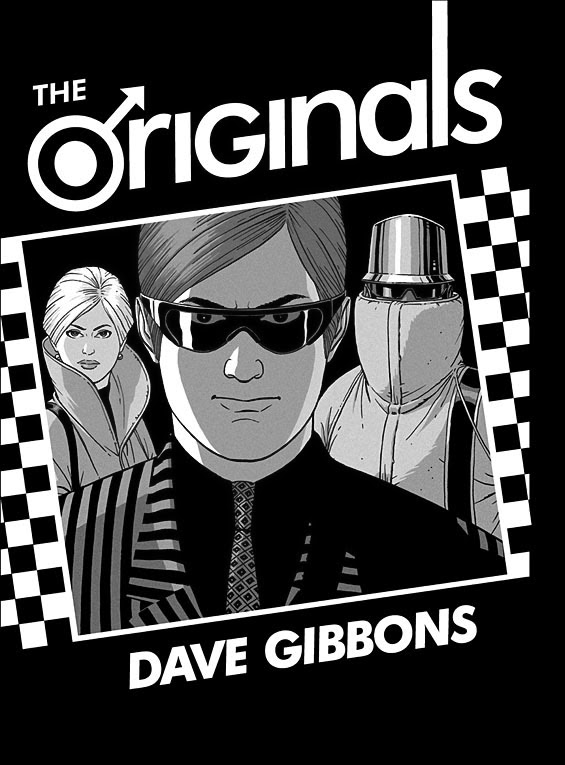 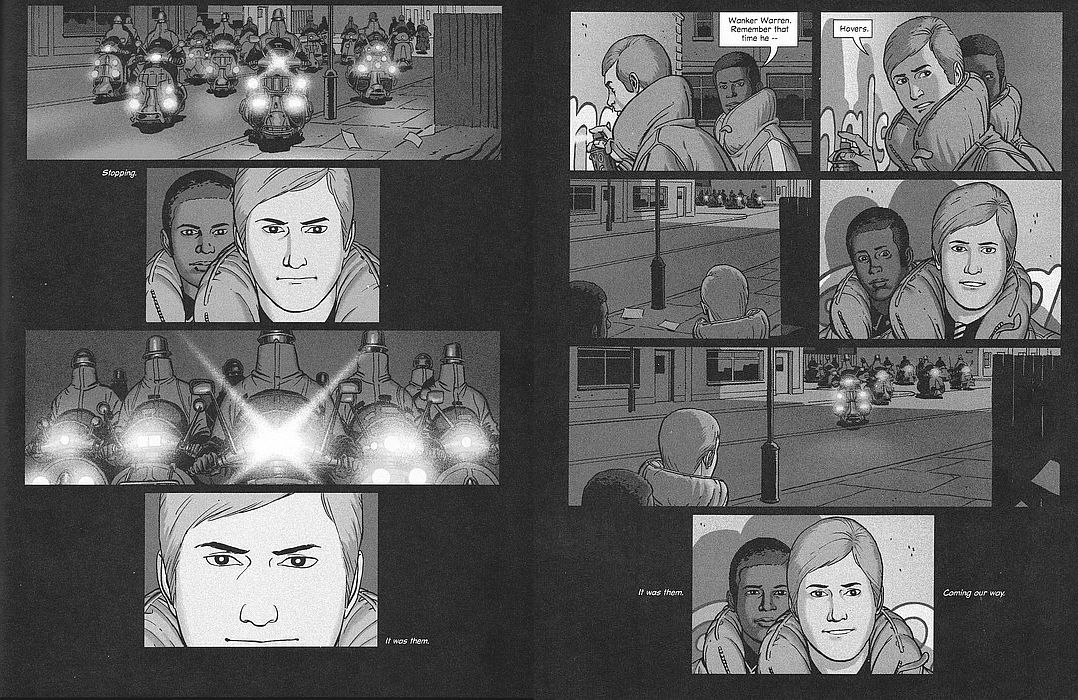 Some creators are known more as artists than writers, even though they can pick up a pen as well as a pencil. Case in point, Dave Gibbons. With the publication of The Originals, Gibbons proved once and for all he could do it all by himself.

Set in a slightly askew British 1950s, the book follows two seventeen year-old friends, Lel and Bok, who have only one goal in life: to get their own bikes and join the gang called The Originals, the best-dressed men and women in town. The high life comes with a price, though, as the clubs they can access might be full of cute girls, but violence and drugs also abound.

While Gibbons has chosen to tell a realistic story with characters who behave like real people, he’s also made an interesting decision concerning the visuals: the bikes are hoverbikes, the fashion is influenced by Op Art and the Originals wear a kind of military hazmat suit. There is a science-fiction polish to the whole book, as if we were witnessing a parallel world with just enough differences from our own to make it intriguing. It definitely adds a layer of strangeness to what is otherwise a familiar story. The greyscale used throughout reflects the atmosphere of the story: this is not a particularly happy world and these are not carefree characters.

The plot might not sound unique, but that might be because it is realistic. Gibbons has stated that a large part of the story stems from autobiographical events–and that is also the reason for the sci-fi visuals, as he wanted something to make his story sound fresh. The fact that Bok and Lel’s story is not complete invention supplies even more poignancy to their choices and mistakes, and while The Originals might at first appear one of those stories where the main character is here to learn an important life lesson, it is in fact a tragedy.

Gibbons has long been known as a master storyteller and this is no exception. Without using flashy layouts, the artist does some rather clever things. There’s the use of large black space on the sides of the pages, where text is inserted as a running commentary on the happenings; there’s also the very effective play between two-panels and one-panel rows on the same page, enhancing the zoom on the face of the characters and giving a strong rhythm to the page (see the illustration); there are the rare full or even double pages, used for emotional beats or visual pleasure, such as the arrival of the full Original gang on their wonderful hovering machines, a brawl between them and a rival gang, Lel and Bok dancing under the influence of a drug… There are lots of treats like that for fans of strong storytelling.

Over the years, Gibbons’s style has evolved toward a more realistic aesthetic. He’s the kind of artist who can draw people as well as buildings, machines or clothes, with the same care and attention to detail. In short, he’s a great world-builder.

The title of the book might strike some readers as being ironic or a bit disingenuous. Another way to look at it would be to consider how unoriginal real life usually is, even for young people who think their parents’ lives are dull. Originality doesn’t always come from doing something new, but might develop from doings things in your own way, with your own skills and talents. That is definitely what Dave Gibbons has done with The Originals.