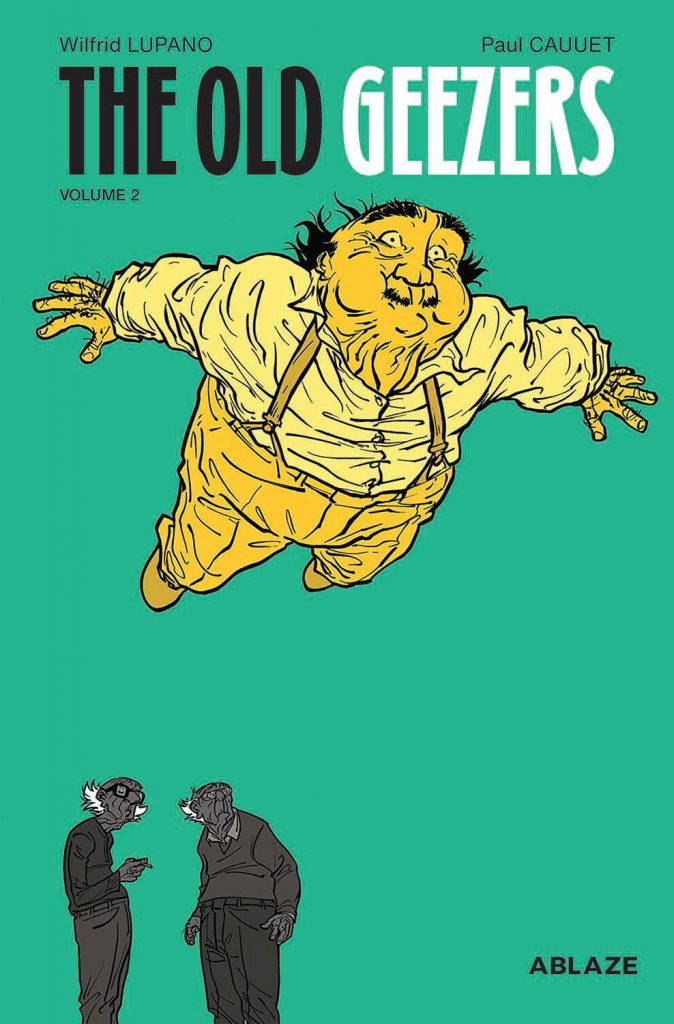 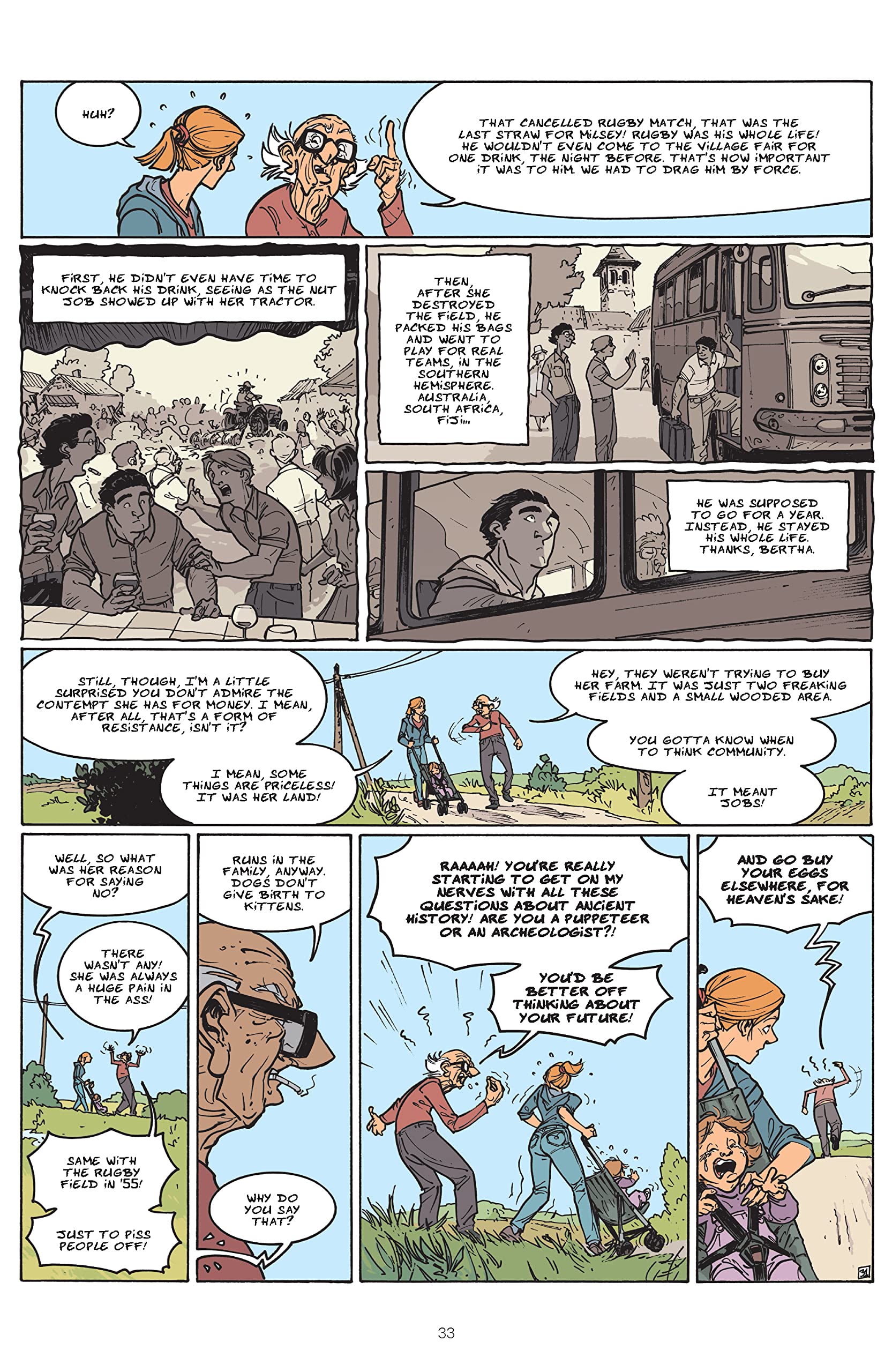 A second visit to the small French town of Tarn-et-Garonne proves just as welcome as the first in another small hardback collection combining translations of the third and fourth volumes of this delightful series.

Wilfrid Lupano and Paul Cauuet take the same approach as in Volume 1, where long-buried secrets came to light affecting all three elderly friends. Social activist Pierrot continues his disruptive activities, and Milsey stays with Antoine’s grand-daughter Sophie, a convenient sounding board and help with her infant daughter. Hanging over the entire town is the international pharmaceutical corporation Garan-Servier headquarted there, and with whom most of the lead characters has a different combative relationship. A continuing plot concerns their plans for expansion and what the corporation perceive as frustrating limitations.

Among the many things Lupano handles very well in these comedy dramas is conveying the realities of life in small towns, where each generation has its incidents known to everyone, often resulting in long-held grudges, but doesn’t pass them down. In fact, they’re the core of his plots, coming to light in funny circumstances. Sophie, though, isn’t beyond keeping her own cards close to her chest, and just who the father of her child might be is a subject of village speculation. Lupano’s storytelling is very accomplished with events that come to have relevance foreshadowed subtly. This extends to the lines he draws between generations: three game-obsessed kids recreate elements from those games as pranks, with Lupano noting the equally creative pranks of earlier generations.

Cauuet’s art also carries notably subtle touches. The sample page shows Pierrot angry with Sophie and shouting her during a full page conversation as they take a stroll. It isn’t necessary that her daughter Juliette is seen upset and crying at the end, but it shows the thought applied to the art that she would be distressed by the familiar voices raised in anger. As before, Cauuet’s character designs are wonderful, respecting the age of most cast members, although he’s not above an obvious caricature for comedy purposes, such as the army veteran accompanying Pierrot.

In including social problems, Lupano doesn’t shy away from some elderly people having unpalatable views and irrational prejudices. In the first story we learn about the old woman shunned by most of the village, and eventually the heartbreaking reasons why, as in the same story an old friend of Milsey’s comes calling. The second focusses on the complications preventing Garan-Servier’s expansion. Villagers previously seen in the background are here given larger roles, so expanding the cast for the future, and as before, some secrets are revealed, but not to everyone. Both stories are beautifully drawn, creatively written, funny, have a point to make and feature a cast to cherish.