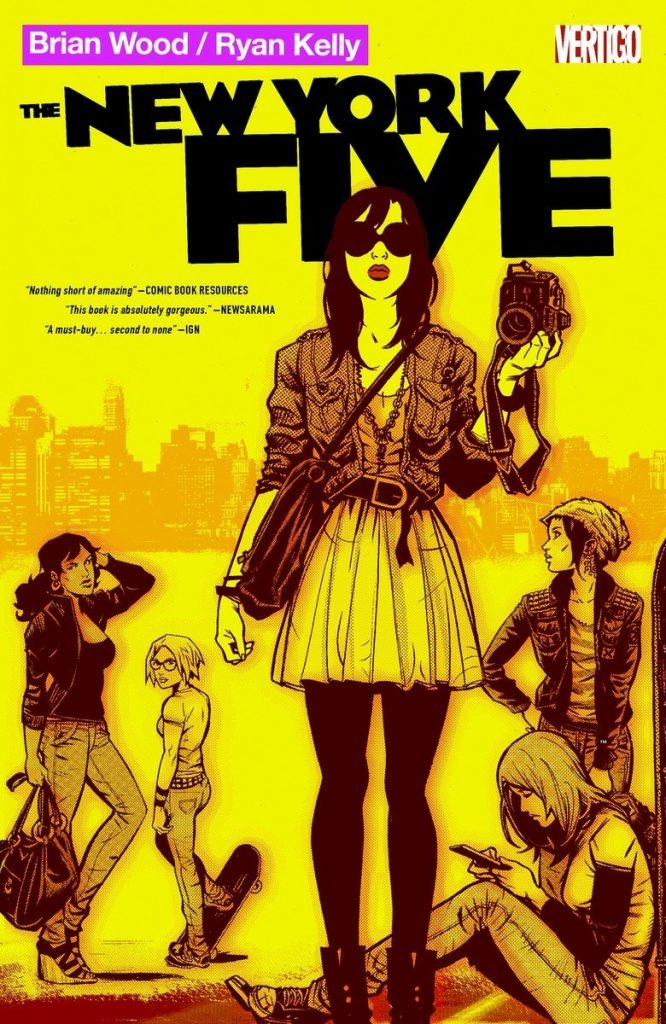 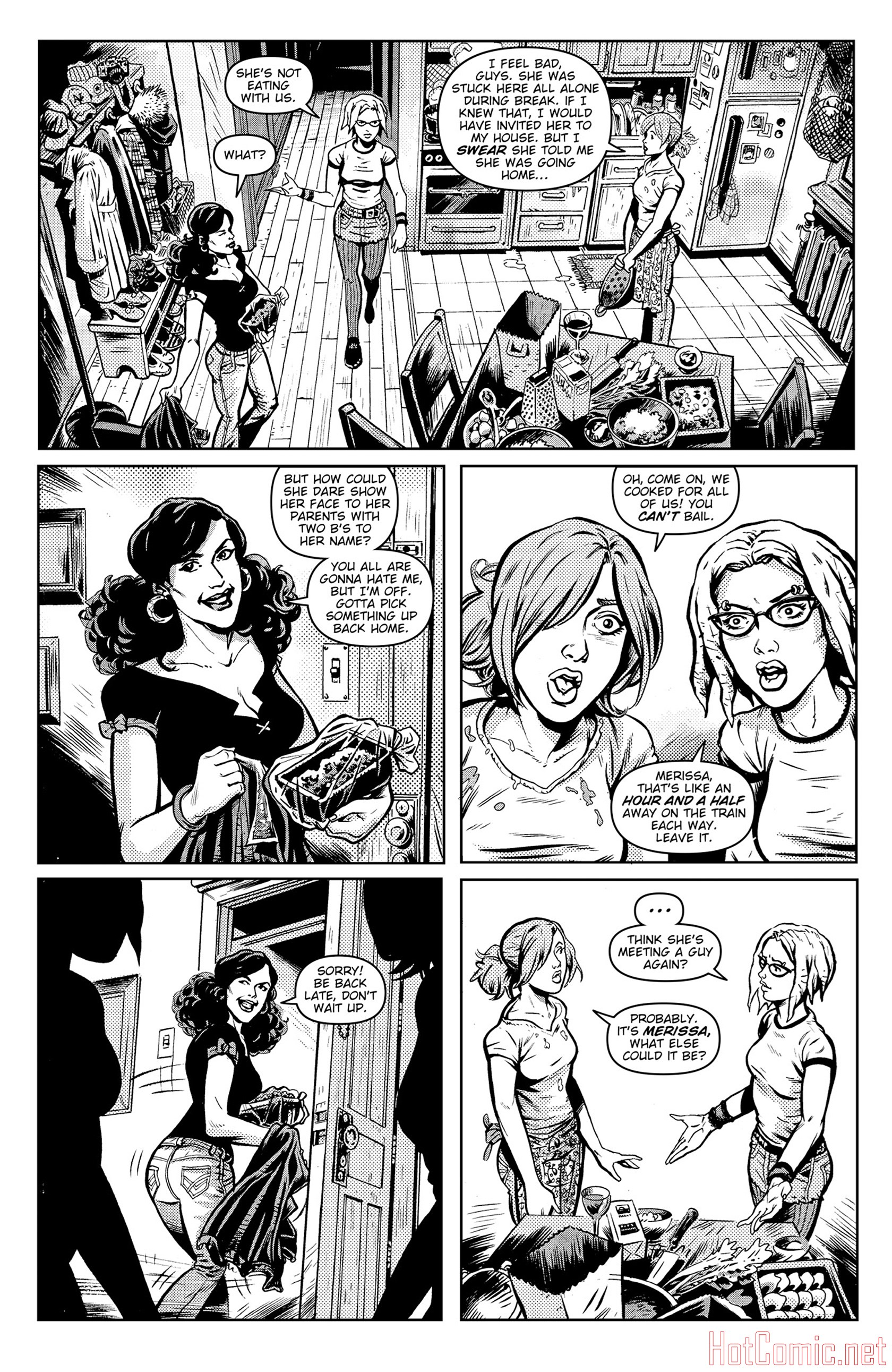 Switching what had been a series for the defunct Minx imprint for young teenage girls to the Vertigo line known for offbeat crime and horror might seem quite the stretch, but it works. In terms of approach this remains a graphic novel about four teenage girls about to begin their second semester at NYU, but by accentuating one issue carried over and introducing another serious problem Brian Wood adjusted the tone enough to fit the imprint. Otherwise he continued the series pretty much the way he’d started it. This still features character-driven drama plots, and the stylistic tics introduced in The New York Four remain.

We come to know the cast via psychological evaluations they’ve agreed to in order to earn money, and Wood and particularly artist Ryan Kelly really bring New York to life. Kelly’s illustrations of tenements and bridges are superbly detailed (and so are his interiors), but the quirk of text blocks informing about remarkable city locations has reached the stage of diminishing returns. It proved an interesting method to begin with, but there are fewer generally interesting sights to spotlight. Thankfully the captions slip by when you’re looking at Kelly’s art. Has anyone brought New York to life in comics as well since Will Eisner? That’s a genuine question to throw out there. Kelly’s spent hours standing under windowsills looking up, in high apartments looking down and across, and the resulting illustrations are wonderful. He deserves a lot of credit that. Being consistent with previous designs means he’s stuck with the cast all being attractive, although extra material in the Dark Horse edition combining both stories reveals that’s not supposed to be the case.

Why is this now The New York Five? There’s a new cast member, Olive, who hangs out on the stoop of the building where the rest of the cast live, begging for change. She has her own backstory that’s both an escalation and conflation of what the other cast members are experiencing, and as such is able to offer timely advice. It may not be what people want to hear, but it’s generally what they need to hear. Perhaps the switch to Vertigo allows for a couple of plots that would otherwise be toned down a little, or perhaps the girls have grown up slightly, and the audience has grown with them. Either way, life hasn’t become any easier, and while there’s a resolution for each of the cast it’s not the tidy movie ending, which is good. The nearest it comes to that is Riley’s story, but as she’s been the primary focus that squeezes through. There’s a very good sequence where her sister does what any reader over thirty has surely wanted to do from early in the previous book, and Wood tops that with a good joke.

It’s rare that a sequel betters the original project, but New York Five does. There’s greater depth given to all the cast, their interactions are slightly more believable, and the art is great. Like your slice of life drama? You can’t go wrong here.