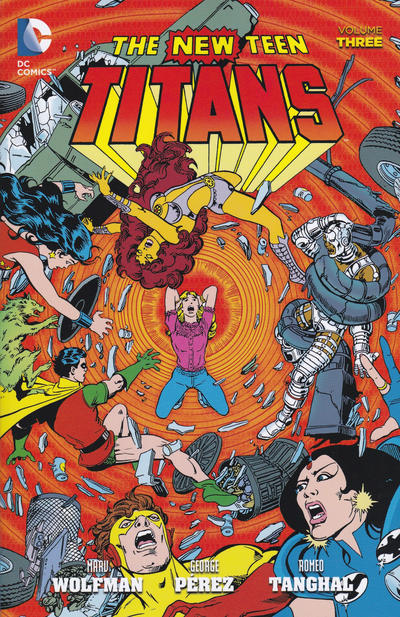 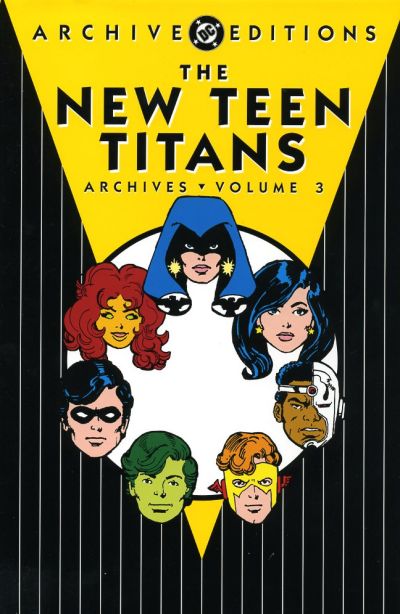 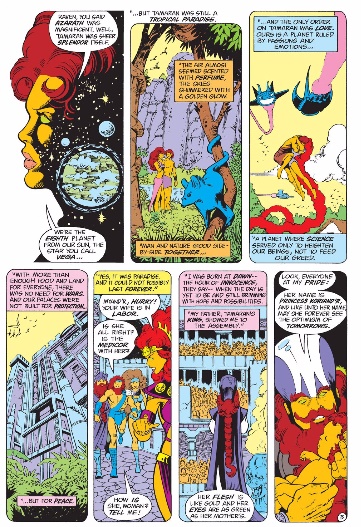 In this collection of material from 1982, the impressive run of Marv Wolfman and George Pérez’s teen superhero series continues.

Actually, the comics from the regular run of Teen Titans reprinted here are the least impressive part of the collection. These are four single chapter stories, two of which feature Kid Flash, suggesting that Wolfman and Pérez realised that he’d been underused so far. They are solid superhero tales, but not spectacular. There’s also a parody strip in which Wolfman and Pérez are transported to the Titans’ Earth-1. It’s funny on a first reading, but less rewarding to return to.

The real meat in this collection, however, is the second half of this volume. Asked for more Titans product, Wolfman and Pérez produced a series, in which the Titans go on a weekend vacation to the Grand Canyon, and the then four newest members relate their pasts. It’s a great way of revealing the characters’ back stories, and also sets up a number of plot developments that will be seen in volume 4.

Neither Wolfman nor Pérez show any drop in quality as a result of the extra workload. It’s regular inker Romeo Tanghal who can’t keep up, and is replaced by a series of stand-ins. But where a few years earlier, when working on Avengers, a change of inker could make quite a difference to Pérez’s art, by now his pencils are strong enough that he shines through, and there’s some impressive page design (see sample image).

Quality stuff. This collection was originally published as New Teen Titans Archives, volume 2, before being reissued in paperback form under the current title in 2015. All these comics, as well as those from the previous two collections, can also be found in New Teen Titans Omnibus volume 1.