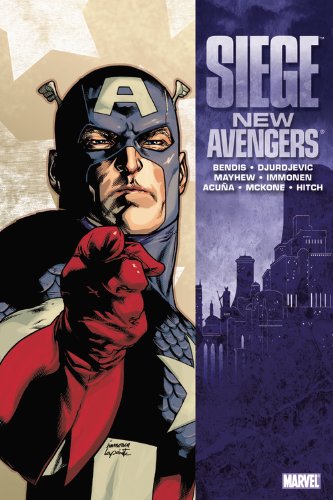 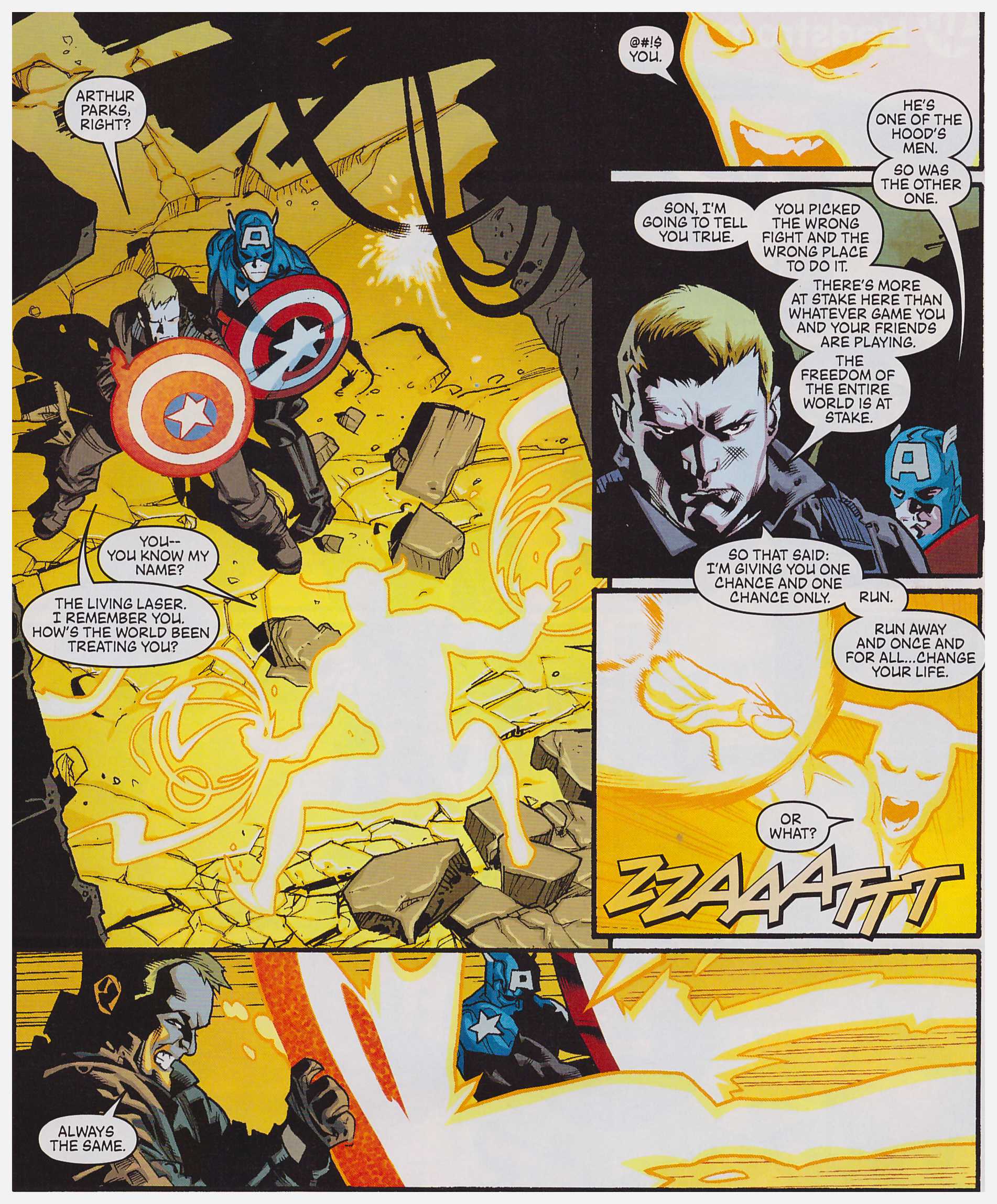 When he began writing Avengers with Disassembled, Brian Michael Bendis killed off Hawkeye. Apparently it engendered more hate mail that anything he’s written before or since, and the situation was rectified. If Bendis started out considering Hawkeye surplus to requirements, he’d certainly changed his mind, as Clint Barton is central to pretty well everything that’s good about this collection.

As the book opens, the Avengers’ primary aggravation is Norman Osborn representing the authorities. Hawkeye can only see one solution, which is to kill him, but that’s a step too far for his team mates. There’s been a recurring theme to Bendis’ handling of Norman Osborn. It’s voiced by Spider-Man in this collection: “I promise you Norman Osborn will overstep and he will fall down on his tushy and everyone will see what a maniac he is. He always does. Always.” And because it’s been repeated so often, the penny finally drops that this has been long-term plotting. Unfortunately, for all the trouble he’s been to the Avengers over the past few books, there’s no restitution here as it occurs in the pages of Siege, into which the latter two-thirds of this book ties.

In the course of dealing with Osborn there’s also the associated concern of the Hood and his army of super villains. Despite being problematical in the previous Powerloss, they lack credibility. Yes, mind-controlling villains such as Mandrill and the Purple Man have posed a real threat to Daredevil back in the day, but it’s not convincing that they’re doing the same to the Avengers, no matter what mystical mumbo-jumbo mojo is applied. And when the time comes, that proves to be the case, although those who’ve wanted a Spider-Man and Spider-Woman team-up get it here. Sort of. Other nice items include the return of Steve Rogers, Jessica Jones trying on a costume again, the manner in which Osborn is tricked early in the book, and, lest we forget, Bendis’ bantering dialogue.

In terms of art we have a study in contrasts. There’s the dead end digital realism of Mike Mayhew, casting Billie Piper as Ms Marvel, Daniel Acuña a little down the scale, not really trying that hard to impress, and nor is Brian Hitch with the finale. Marco Djurdjevic is okay, but it’s the timeless storytelling qualities supplied by Stuart Immonen and Mike McKone that should catch the eye.

Because it has to tie-in with Siege, and because the world turns again, this has little of the panache or excitement with which Bendis disassembled the Avengers five years previously. The conclusion sets up what the Avengers will next be in yet another relaunch, and it’s an improvement on this departure with a whimper.