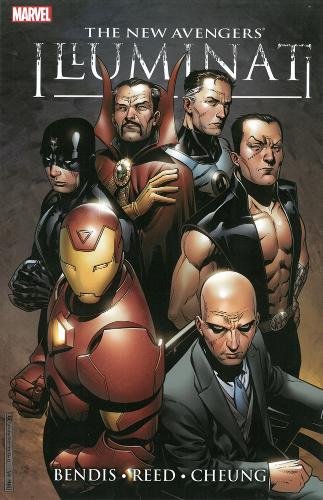 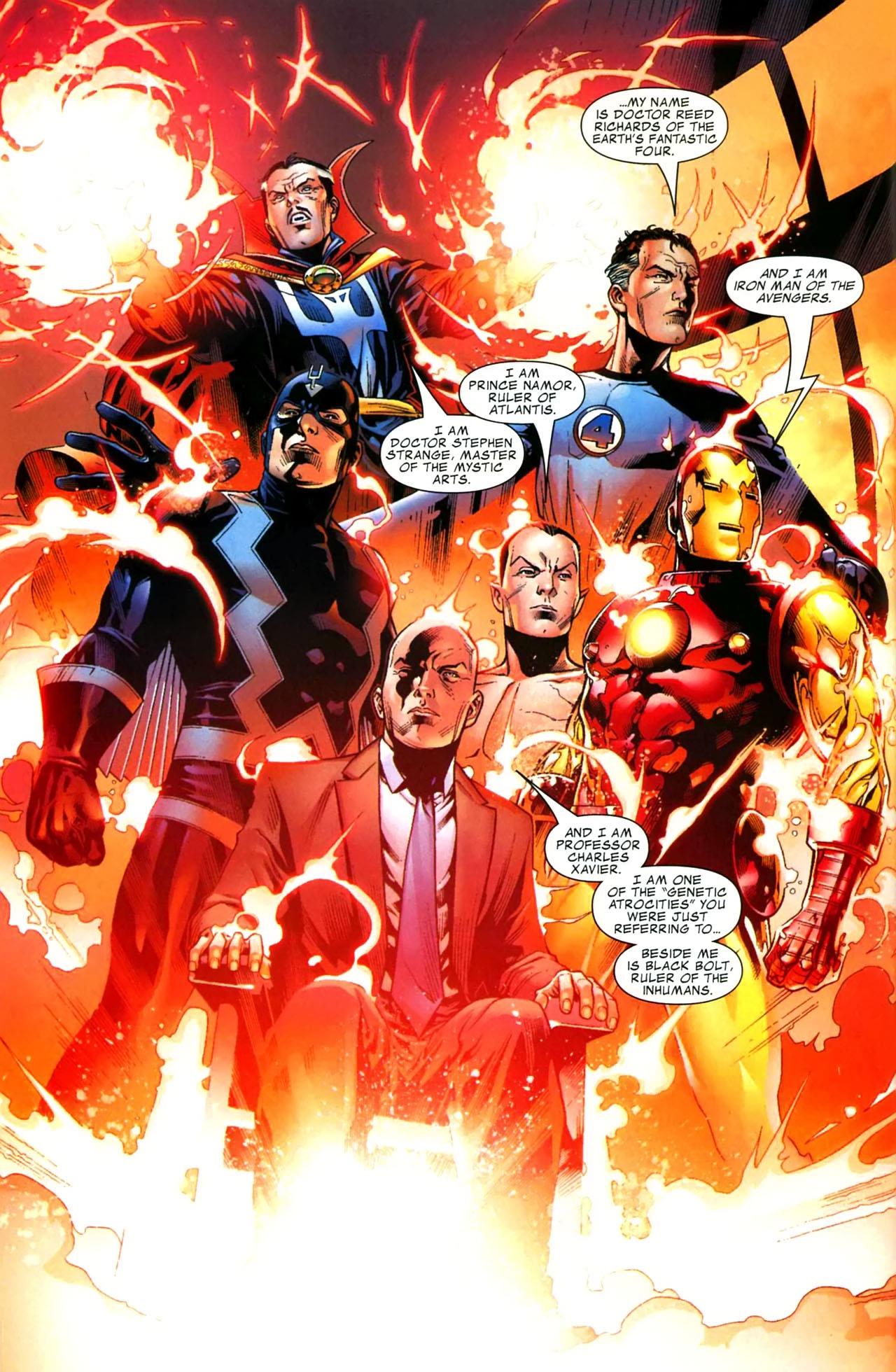 Brian Michael Bendis took a look at those protecting Marvel’s Earth and applied an ingeniously neat solution to a logical matter no-one had previously considered. His continuity implant established that some of the world’s greatest brains regularly came together to address matters of global urgency. It’s not the name they themselves apply, but collectively Black Bolt, Dr Strange, Iron Man, Mr Fantastic, Professor X and Sub-Mariner are the Illuminati.

Their first appearance can be found in New Avengers Vol 3, and this graphic novel explains how they dealt with assorted crises from Marvel’s superhero history. Time, of course, is a principle of some elasticity in the Marvel universe, so although the Illuminati came together after the Kree and the Skrull brought their enmity to Earth in 1971 Avengers comics, it’s more recently in Marvel terms.

Bendis and co-writer Brian Reed cheat a little with their opening chapter, touted on original publication as revealing how the assorted characters combined. It does nothing of the sort, instead presenting them already united and manifesting on the Skrull homeworld to deliver a warning. Anyone unconcerned about the hows and whys of the original meeting should enjoy five solid superhero romps as Marvel’s heavy hitters either intervene in or contemplate pivotal moments from Marvel’s past. In addition to the Kree/Skrull War it touches on the Infinity Gauntlet, the original Secret Wars, Noh-Varr’s declaration of war on Earth and what, in a nice piece of the series coming full circle, what was then the present day of Secret Invasion.

New insights occur, but into events, not personalities, and it might be considered that the reliance on intervention in the past as a plot device might grow stale, but Bendis and Reed keep the series interesting by manipulating the tone. This isn’t six blockbuster superheroes busting noses, although that happens, but also a discussion forum, a consideration of ethical values, and a series of disintegrating relationships.

Jim Cheung draws the entire book in his effective subtle style, and the series premise circumvents his artistic weakness by presenting six very distinct looking individuals, each with unique physical features. Elsewhere Cheung’s casts very much look the same, but no problem with the Illuminati. He’s very good with the action scenes when they occur, and can ensure page after page of people talking to (or sniping at) each other doesn’t ever look dreary.

Each of the cast members is used well, the stories differ from chapter to chapter, and the art’s good, making The Illuminati still worth reading.