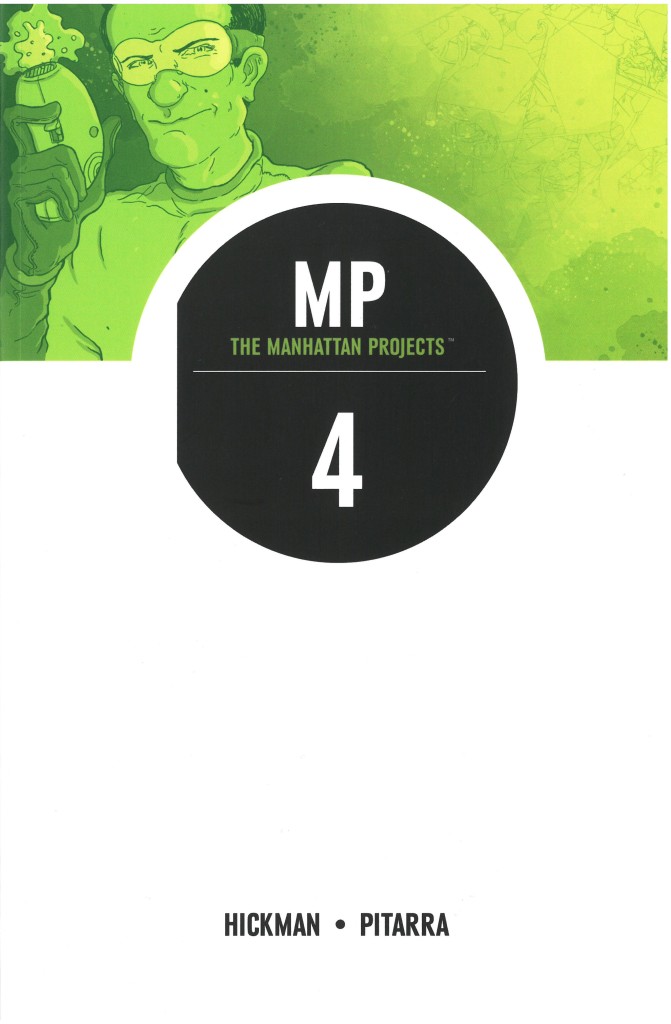 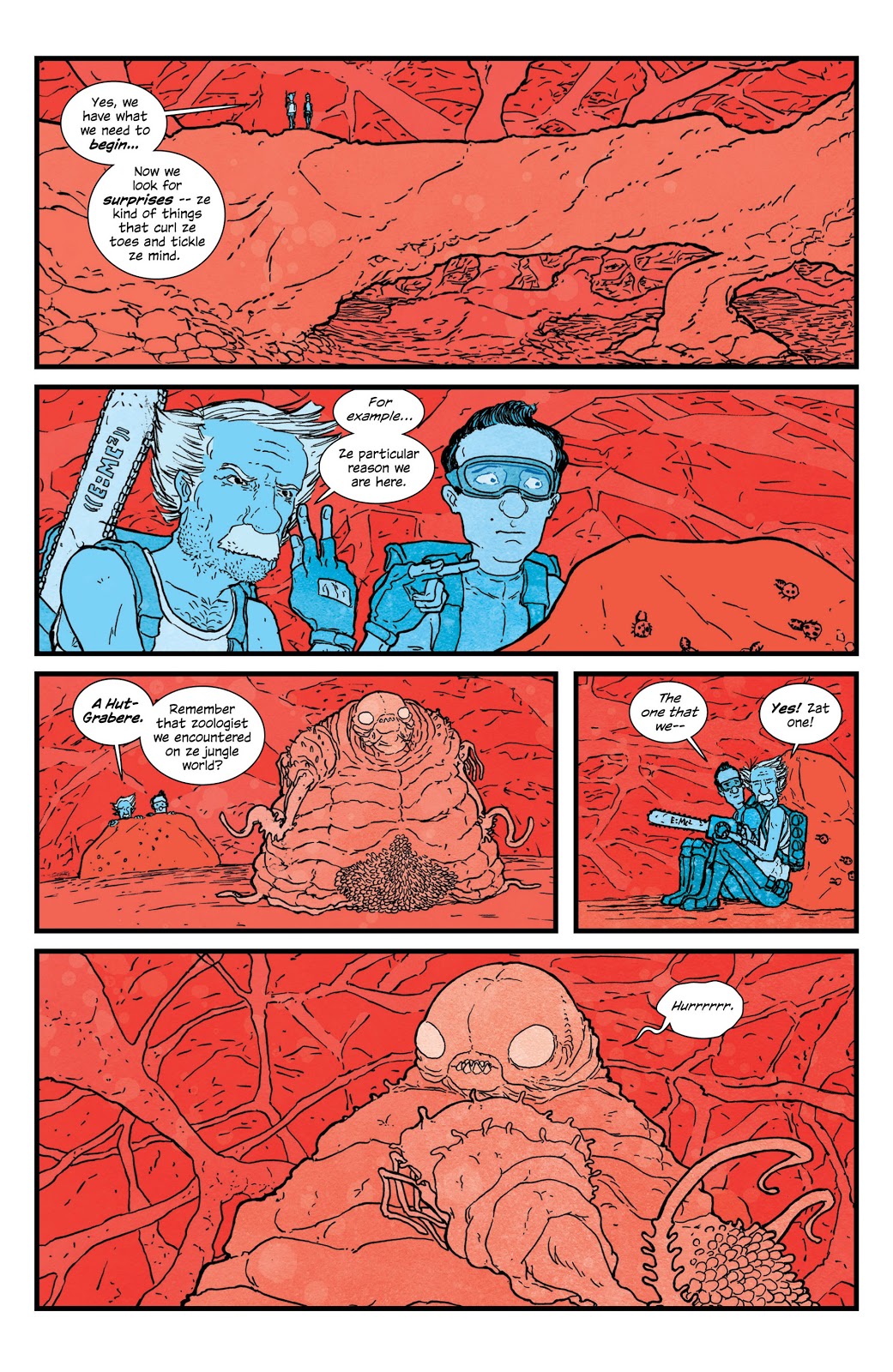 With this fourth volume Jonathan Hickman narrows still further the focus of his story. Set in an alternate reality, it portrays many very well-known names of science and their pursuit of greater scientific breakthroughs. Two versions of Einstein feature along with two Oppenheimers (although one is dead, eaten by his psychotic evil twin), but only one each of Feynman, Daghlian, Von Braun and various crazed US Army top brass.

The plot centres around the development of various subsidiary projects set up in volume 3; Ares to explore space; Vulcan to develop limitless renewable energy; and Gaia to create the perfect human. We start with Oppenheimer, having imprisoned the leaders of the various projects, using General Westmoreland to torture the truth out of first Yugi Gagarin and then General Groves. Einstein and Feynman take a trip to an alien planet and collecting species to harvest their genome for splicing with human DNA to create a better person. The results are a bit of a Curate’s egg and it’s not certainly not desirable that they’re let loose around the base. It falls to General Westmoreland to rectify matters, and he’s looking to add a blue ear to the collection of human ears he wears around his neck.

The Curate’s egg motif somehow applies to the whole volume, with the manic energy displayed in the earlier parts of the story having dissipated as it concentrates on details. The horror remains with much slash and gore, but the humour is less evident. That said, the waving about of a piranha in a plastic bag like a goldfish won from a fair does raise a smile, as does the Neil The Hippy persona of the alien/human hybrid created by Project Gaia.

The art of Nick Pitarra and the colours of Jordie Bellaire still lift this above the herd though, and impart the energy that Hickman’s plot appears to have mislaid. Einstein as a Barbarian touring other worlds then returning to take direct action on Oppenheimer works well, as does the mental civil war between the Oppenheimer brothers that precedes it. Including a nod to Robert A. Heinlein by throwing rocks at another world as part of the fratricidal conflict is a nice touch.

Overall, not as compelling as the earlier volumes and not a must-read, but worth it for those wanting to see how the story develops.