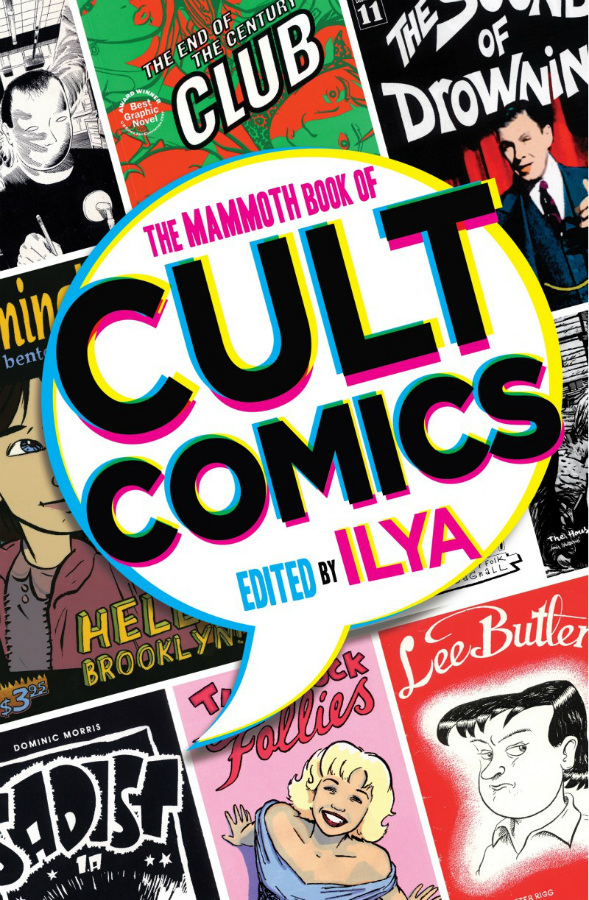 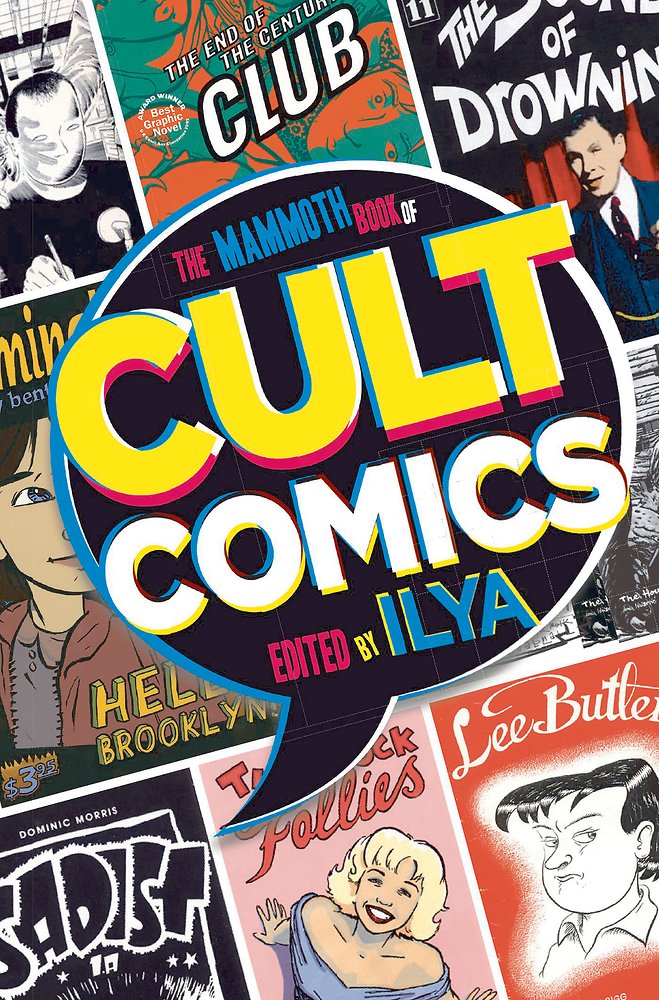 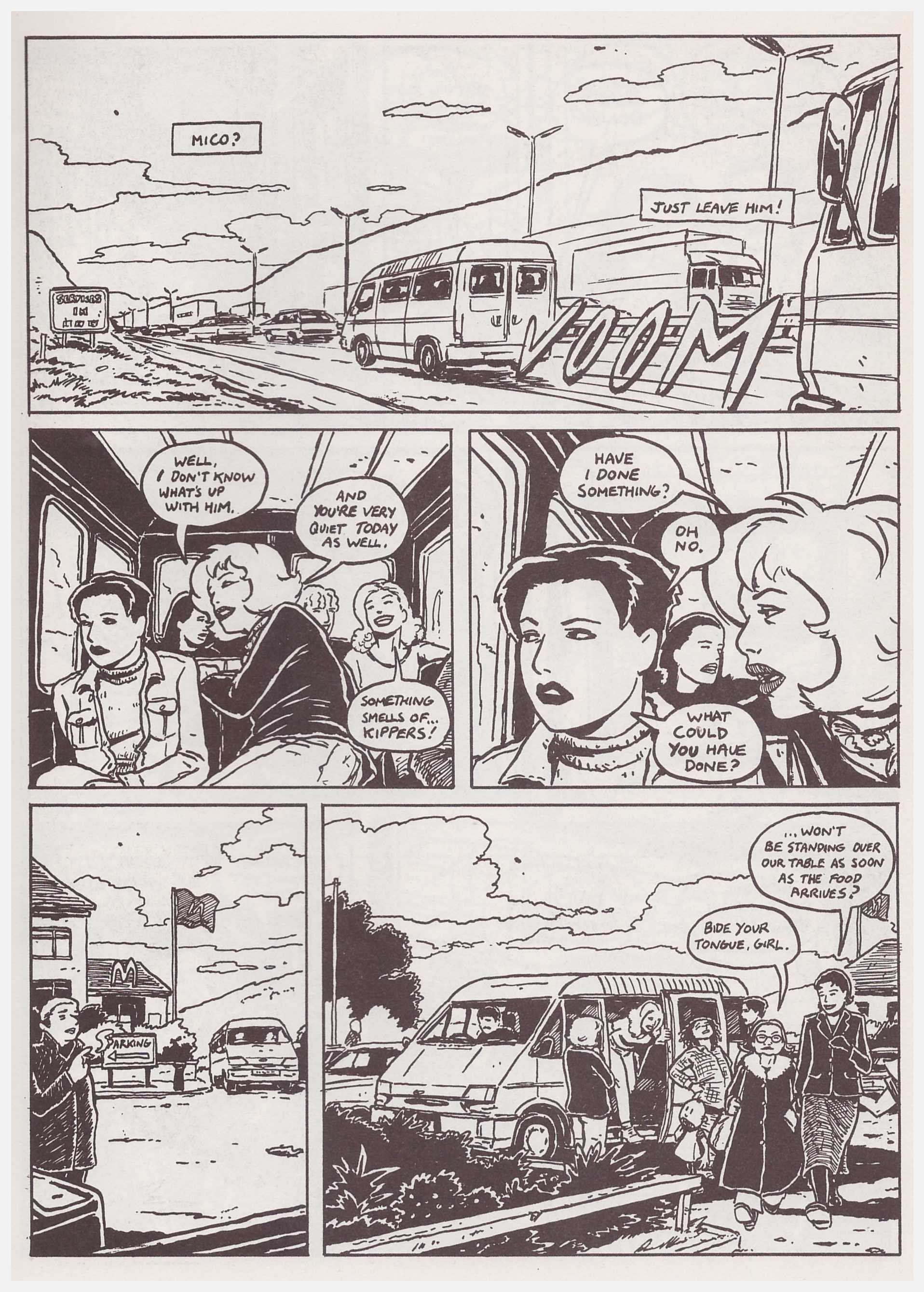 The term ‘cult’ in the title suggests a fervent, but limited audience for the material reprinted in this fine anthology, and content that’s somehow eccentric or an appeal being resulting from it being misguided. It suggests that there’s some inherent limitation. The minimal original circulation’s accurate enough, but the term’s also a misnomer in perhaps repelling those with an interest in the deeply personal content of what were originally largely self-published comics in the 1980s and 1990s. Let’s hope not, as this is a fine compilation eruditely annotated by Ilya, a man who was there at the time.

The limited original audience is one of only two connecting points between vastly different material, presented in appealingly large chunks, offering most creators over twenty pages as a showcase. In some cases, such as Gregory Benton’s Hummingbird or Tick Tock Follies by Chris Butler and Chris Hogg (sample image), a smaller US publisher, Slave Labor Graphics in both examples, recognised the self-published talent and presented it to a slightly wider audience. Others never moved beyond publishing their own material, a cottage industry accorded a far greater respect now than in the more conservative 1980s.

It’s possible to quibble with Ilya’s editorial selection, but anyone wishing to pick at that should publish their own book. He’s a fine host who contextualises his choices in an illuminating introduction in which he notes that by the standards of the times when most of these comics were published, almost everything is a fringe interest now, such is the fragmentation of our entertainment.

It’s life experience that’s the second connecting thread. This varies from the autobiographical such as Jon Welding’s daily diary discipline summarising an event from his life in rural Yorkshire as Goathland, to the surreal extrapolations on office life and compartmentalisation in Jeff Nicholson’s Through the Habittrails. It’s a rare strip that lacks some autobiographical input (or semblance of such), although Dom Morris’ still manic Sadist would be one. Or at least we’d hope so, as it’s a comment on the celebrity culture of the 1990s fused with a Punisher plot. Another is Paul O’Connell’s more recent (2008) photo collage of Doris Day visiting the Happy Days household bringing the future with her.

Some strips surprise with just how astoundingly good they are. Pete Rigg’s twinned Lee Butler and Jenny Butler have all the downbeat social realism of East Enders compacted into twenty pages, Karl Wills’ Jessica of the Schoolyard is a hilarious portrait of the un-recalcitrant school bully, and Amir Adrizovic’s haunting twist on fairy tales is memorable. So is Julia Gfrörer’s disturbing combination of a troubled relationship given a further problem. Almost everyone featured writes and draws their content.

Nick Abadzis, Eddie Campbell, Jonathan Edwards, Simon Gane and Oscar Zarate have progressed to various stages of wider appeal, and other creators are still involved in the arts, just not producing comics. Tomasz Kaczynski has his own publishing company, Uncivilized Books. It’s nice, though, to learn in their own words what other creators now do. Sadly, Andy Roberts and Steve Whitaker are no longer with us, two great lost talents.

Whether investigating a social phenomenon, revisiting fond memories or just mildly curious, this is a good value package, lovingly curated, and endlessly entertaining. 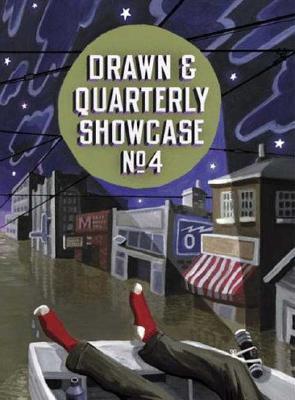