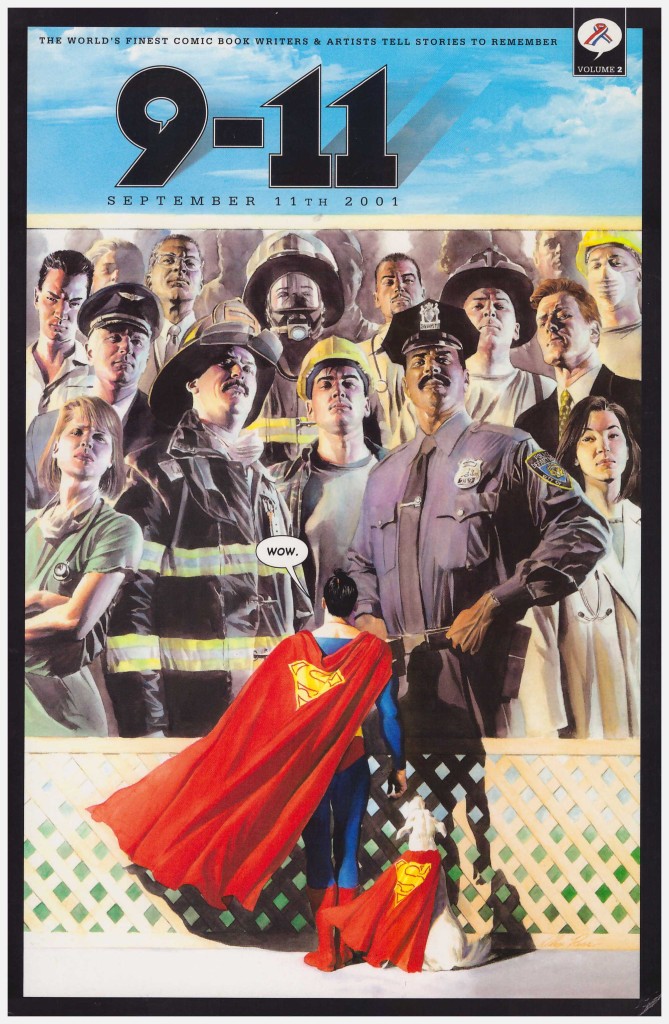 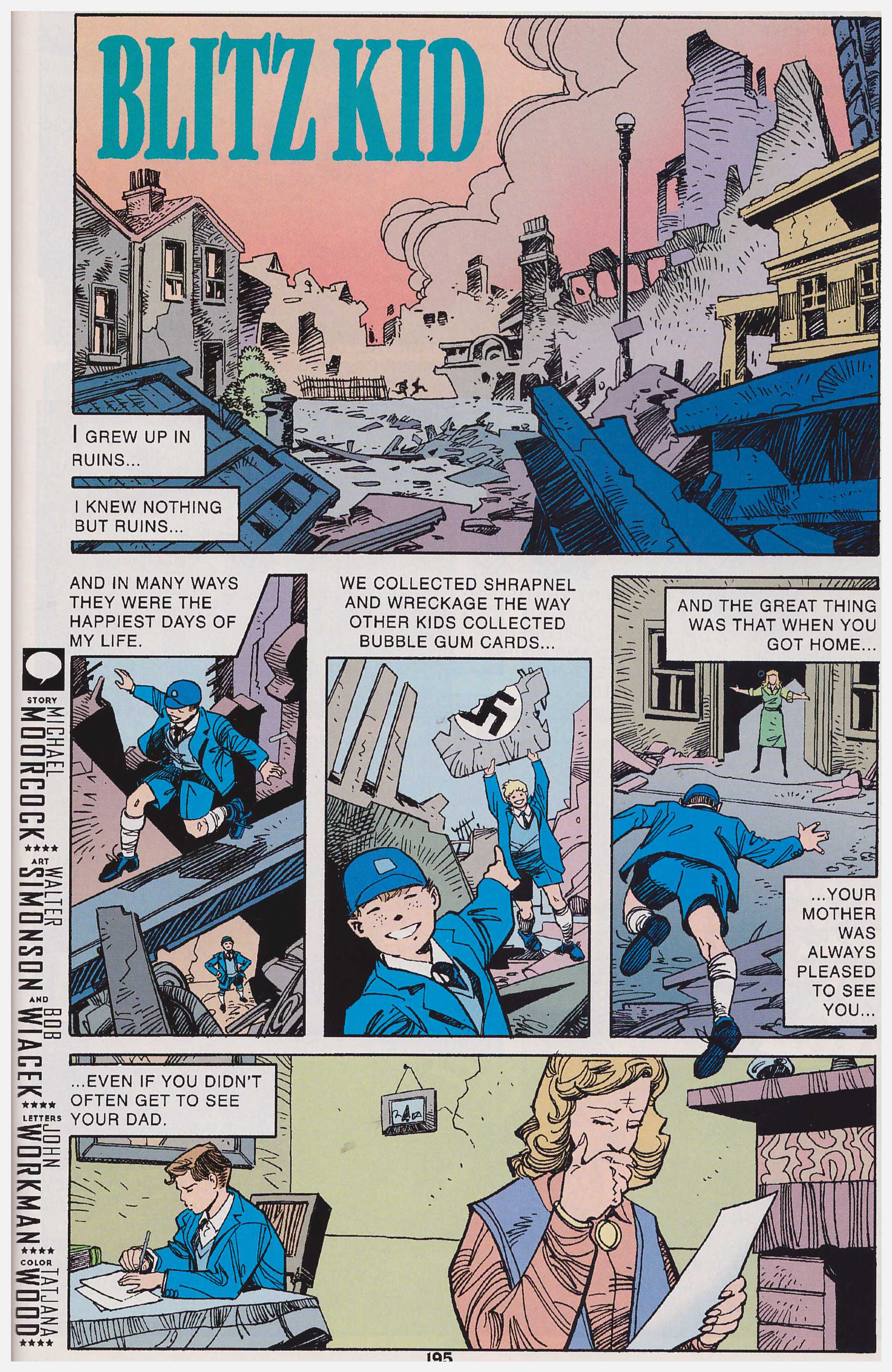 The best part of a generation has passed since the events of September 11th 2001, and the events of that day could now well need explaining to today’s teenagers. Four commercial airliners were hijacked and deliberately crashed into New York’s World Trade Centre, and the Pentagon in Washington. Around 3000 people died.

The comics community responded with three collections, this published by DC, one by Dark Horse, and a third by Alternative Comics. All proceeds from the first two were committed to the victims and communities affected, and that from the third to the American Red Cross. As their absence is noticeable, it should be explained that Marvel issued their own fundraising eulogies, but as comics.

This book differs from the Dark Horse publication in several ways. Firstly DC have elected to categorise the contributions, which are sorted under nightmares, heroes, recollections, unity, dreams and reflections. Then much more of the content has the look of traditional superhero comics, and use of DC’s properties is permitted, so we have Superman staring at the people staffing emergency services on Alex Ross’ cover, and again inside. It’s an intrusion. While there’s a tradition at DC going back to the 1970s of superheroes commenting on real world problems, it might be considered that however well intentioned, superheroes really have no place when it comes to some tragedies. The exception is a clever strip that isn’t what it first appears written by Dan Jurgens, with artistic contributions from Mike Collins, Alan Davis Mark Farmer and Robin Riggs. The third obvious difference is that the material here occupies more pages. The reliance on superhero comic layouts, whether or not they’re featured, means some creators are taking longer to say the same thing as their colleagues in Artists Respond.

Not everyone extends their work, though. Darywn Cooke’s single page is pithy and to the point, Tim Sale uses a single page to toy with a superheroic legend, and Dan Abnett and Andy Lanning supply an effectively touching two pages. Their later script for Yanick Pacquette is equally on the mark.

An interesting aspect of the collection is the way assorted creators deal with the ideas of patriotism and compassion. Observing from distance it’s often all too easy to dismiss American patriotism as a crowd chanting “USA”. This kneejerk form is directly addressed by Ben Raab and Roger Robinson, but there’s a far richer tradition effectively explored here, and Michael Moorcock, having lived through similar circumstances reminds us to view each other as people. Age generally supplies a more nuanced perspective, with Sam Glanzman and Joe Kubert both lacking the certainty of some younger contributors. Age isn’t exclusively wisdom, though, and Stan Lee’s fable about the awakening of a giant strikes altogether the wrong tone, although is in tune with what would later occur. Thankfully a more humane attitude prevails overall, yet some referencing of the American Dream, to outsiders at least, may seem hollow when compared to the realities of life for millions of citizens,

Many of the single page images rely on superheroes, but the best of them avoid this. John Bolton, Keiron Dwyer and Glenn Fabry’s contributions are the most memorable.

While the balance overall tips toward quality, this is a slightly weaker selection of material than Artists Respond due to both the expanded strips and greater reliance on misplaced superheroes.