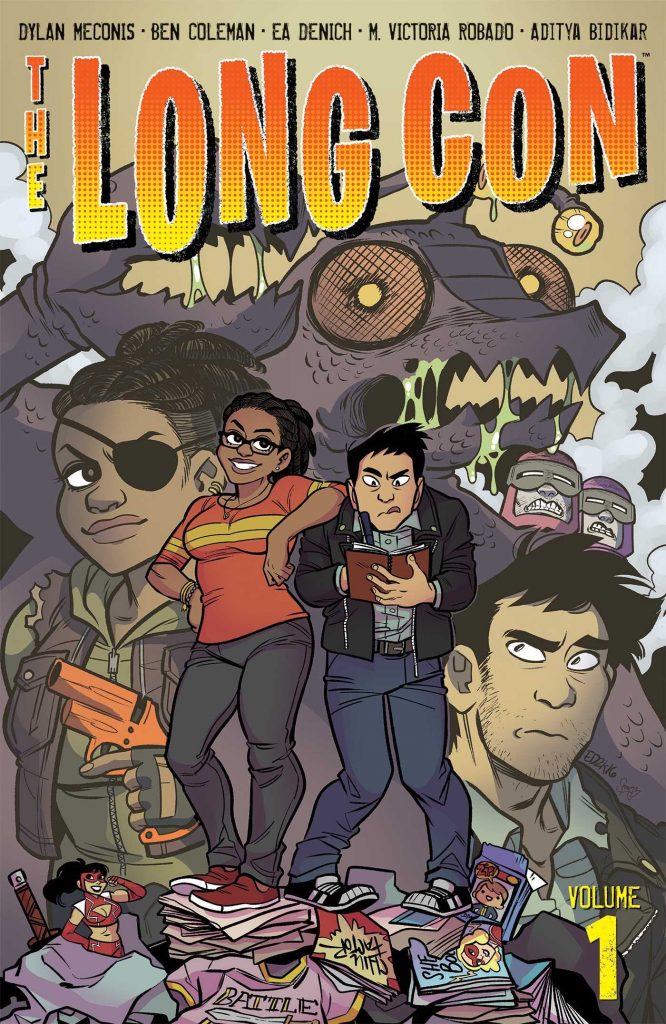 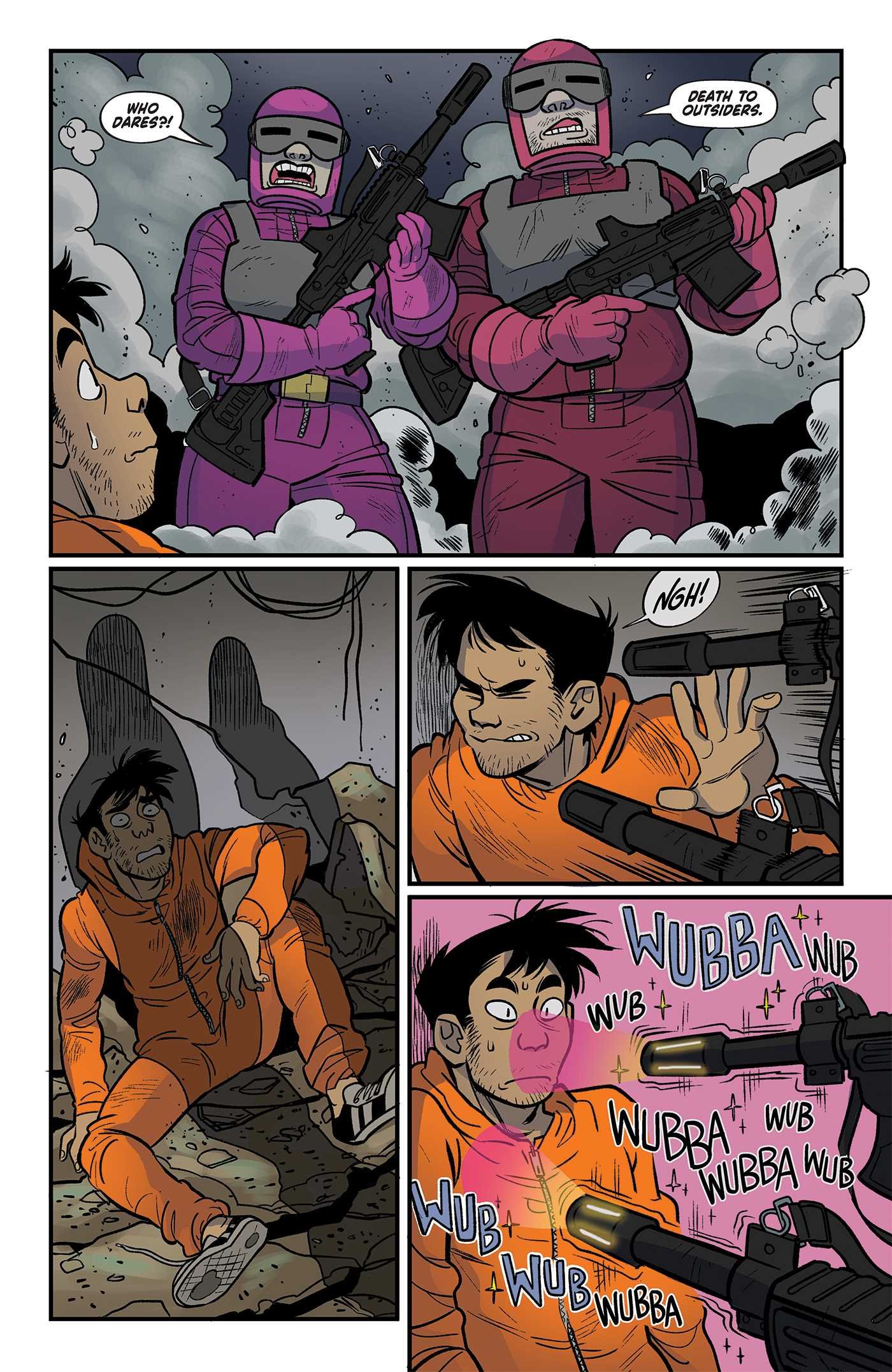 At some time in the near future there’s been an unspecified disaster requiring a fair portion of California to be sealed off. Roughly central within the quarantine area is a convention centre that was hosting a comic, fantasy and SF event when disaster struck. Idle, smug journalist Victor Lai only just escaped back to civilisation, leaving a friend behind. Five years later he smuggles his way back into the Los Spinoza Convention Centre.

Dylan Meconis and Ben Coleman collaborate on the script, which takes the interesting idea of various subsections of fandom evolving into their fantasy lives, largely based on a long-running classic SF TV show, Skylarks. Just as there are rumours as to what lies within the no-go zone in the outside world, those in the convention centre believe the outside world to be overrun with zombies, and some zealots within have a policy of shooting on site.

This opening volume of The Long Con is strong on unusual ideas for a post-apocalyptic scenario, but they don’t always gel. The writers tend to the obvious as far as the jokes are concerned, and an opening section of banter between Lai and his editor lacks the spark that should be present. However, things pick up with Lai’s return to the convention centre where one-time publishing press liaison Dez Delaney has remained, using her wits to survive in an increasingly insane environment. Left to their own devices, a form of structure has evolved based on societies developed for SF TV shows, and Dez adroitly surives the assorted armed factions.

A satirical skirt around the archetypes found at a convention compares their characters in normal surroundings, or as normal as cosplaying conventions are, with how those same people survive with their comforts removed and in genuine danger. This is in the course of Merconis and Coleman cutting back and forth between Lai’s original visit to the convention and his return. Again, much of this is obvious, although there’s always a pleasure in seeing the arrogant cut down to size. Better are the brief sequences from the Skylarks TV shows and films.

If there are reservations about the transition from concept to plot, they’re considerably concealed at first by the first rate cartooning of Ea Denich. It’s really attractive, detailed, with the personalities expressive and the jokes well sold. The sheer talent should take them far.

By a very arbitrary ending that isn’t the intended cliffhanger, Vic and Dez have worked their way through some nutty dangers to a resistance group attempting to restore some sanity. The series concludes in Volume 2. 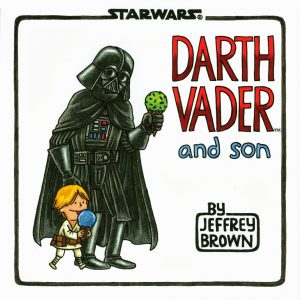 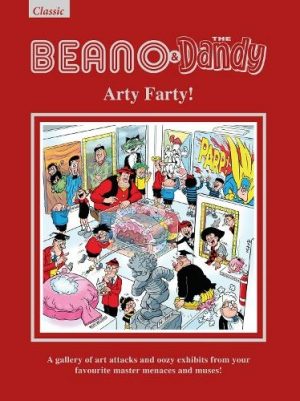 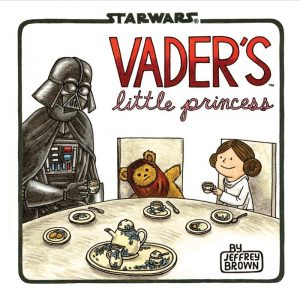