The Invisible Frontier (The Obscure Cities) 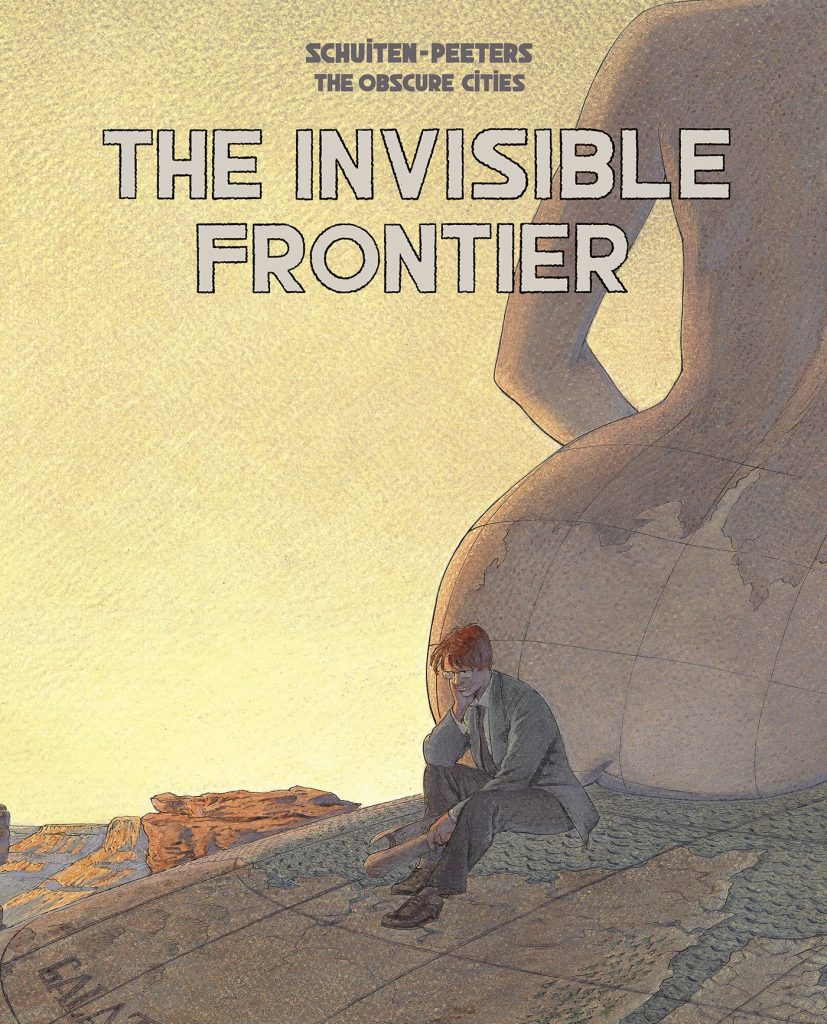 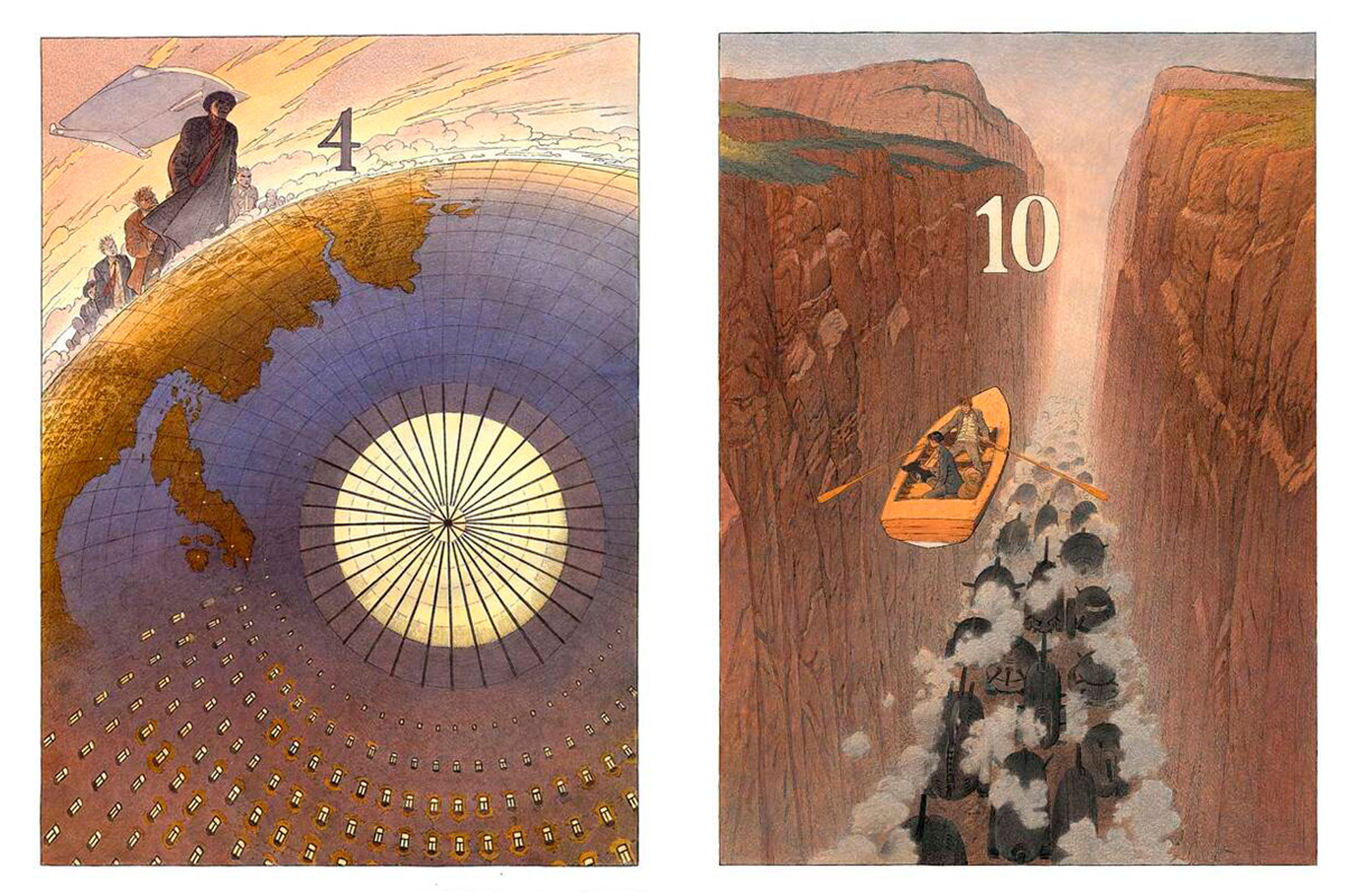 Benoît Peeters and François Schuiten’s Chronicles of the Obscure Cities is a series that takes place on an alternate Earth, in an indeterminate time period. Elements of the past mix with elements of the future to create an atemporal science-fiction Wonderland of fantastic cities built from the most extreme stylistic branches of architecture. The futuristic utopian technologies powering these stories are designed as if the 1900s had never ended, primarily Art Nouveau, Art Deco, Edwardian and 1930s Modernist in appearance. Language, attitudes and fashions are equally antiquated and this formality gives the series a neo-Victorian, Steampunk feel.

The Invisible Frontier, which is either volume eight or volume nine of the series (depending on how you count them), opens in a vast, ruined landscape of rocks and desert in the country of Sodrovno-Voldachia which has evidently undergone some kind of cataclysm. Roland de Cremer, a thin, bespectacled and pale-skinned young man has just arrived at the giant and half empty dome of the Centre for Cartography, where he will assist in the remapping of the continent. The Supreme Leader of Sodrovno intends some new military expansionism, but first he requires maps recording all the changes since the cities of Urbicande and Brüsel were destroyed, Pahry “declined in prestige since the fiasco of the interurban exposition”, and Mylos “struggles to recover from the passing of Klaus von Rathen, and his daughter Mary’s abrupt resignation”. There is a lot about his assignment that de Cremer does not understand. The maps don’t match up with the territories, and he is further distracted by the discovery he makes on the body of Shkodra, a prostitute he visits in a bordello inside the dome. She seems to him to be the key to a mysterious grand theory of place, which he is determined to solve.

Schuiten’s consummately skilful, intricate drawings create dreamlike settings for his characters to journey through. His complex environments become increasingly abstract and symbolic as the logic of de Cremer’s situation begins unravelling. Unfortunately, a lot of this symbolism is located in the crass equation of the female body with landscape as sites to be explored, mapped, controlled, exploited, and an astonishingly sexist premise turns out to be central to the narrative.

The Invisible Frontier is enthralling to look at, with some truly spectacular sequences of imagery. However, the front cover’s quite literal objectification of Shkodra is a preview of the regressive sexual attitudes dragging this down to the level of the archaic story structures Schuiten and Peeters take their inspiration from. The Obscure Cities are a playground for elaborate world building with fascinating and beautiful results, although it is hard not to feel that the construction of their visually elaborate universe is what drives the authors, while creating credible people to inhabit these magnificent settings is a chore. Readers who care about believable characterisation may find it a test to keep going to the last page. 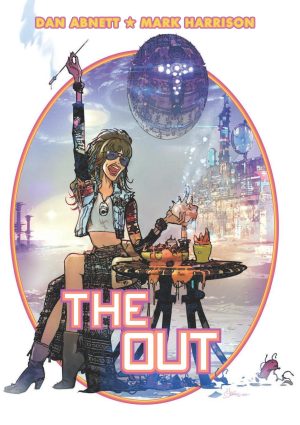 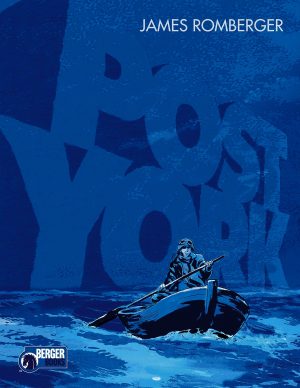 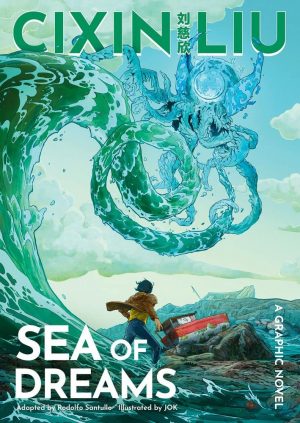 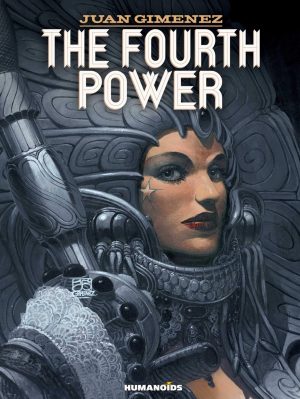