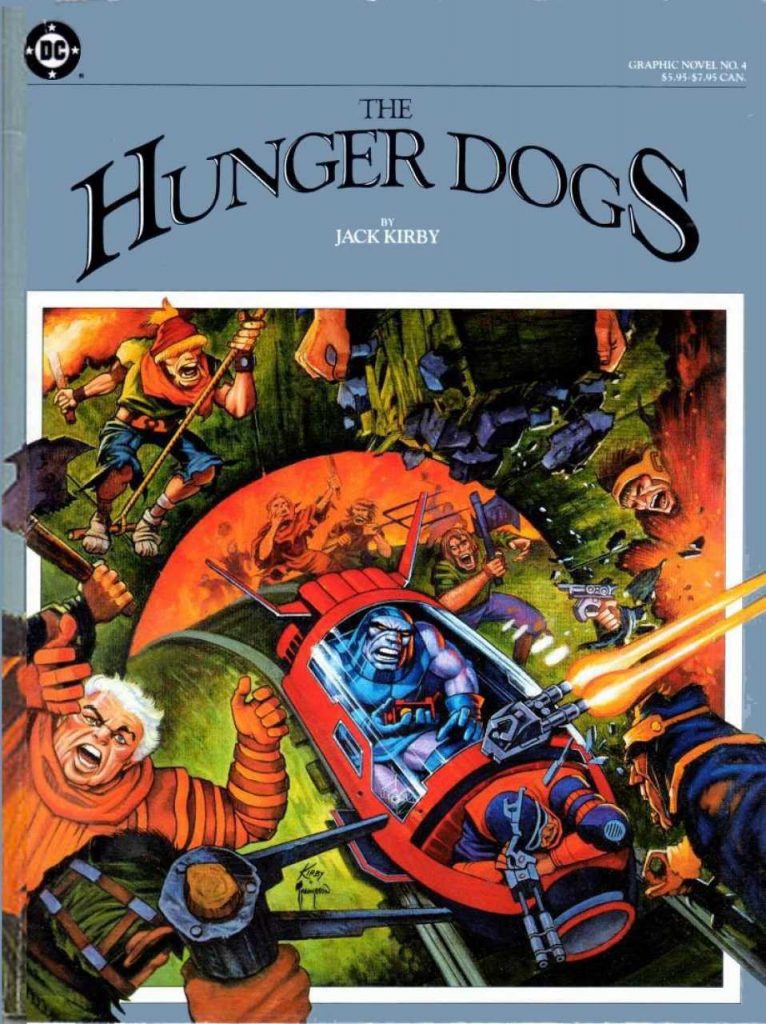 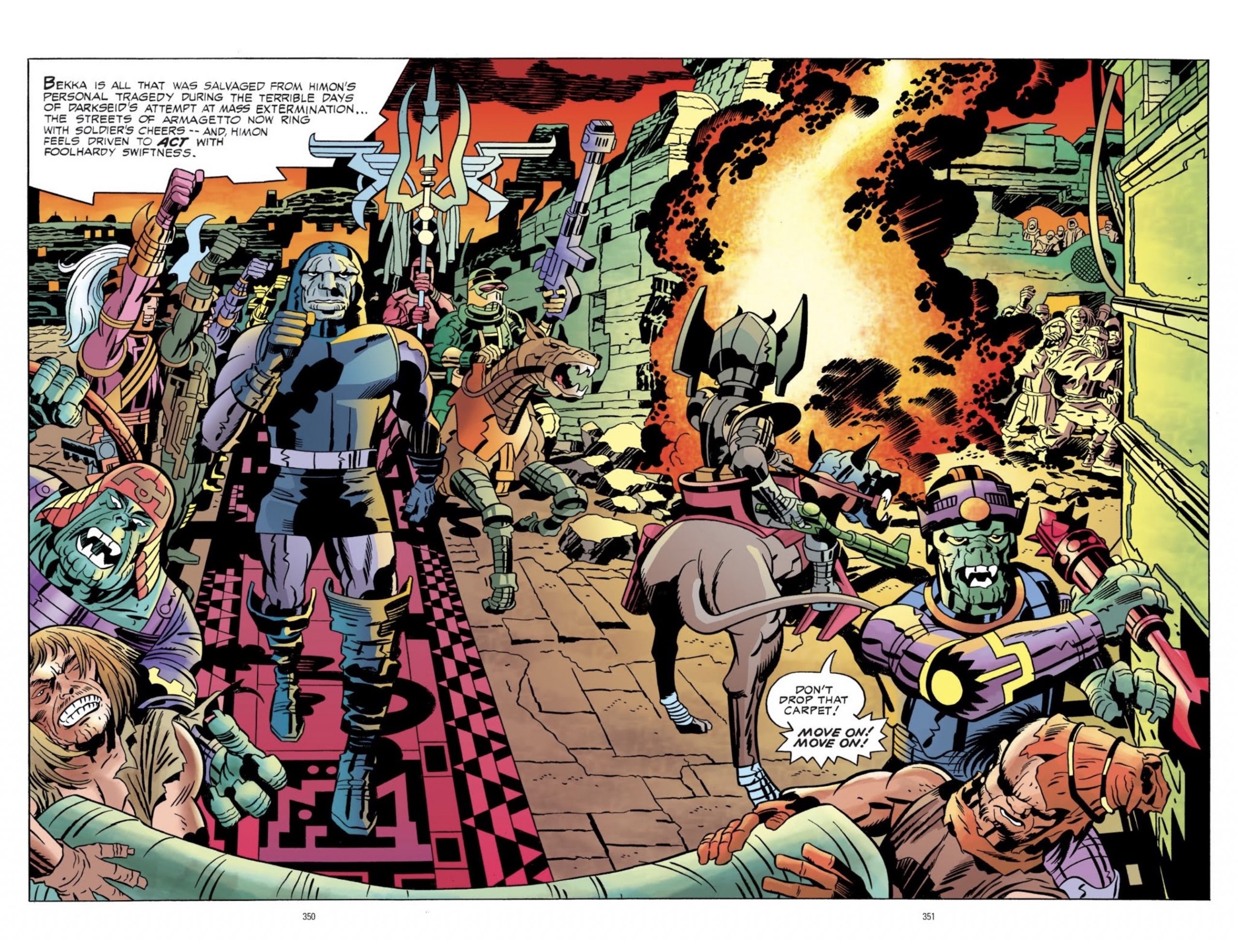 Starting the 1970s under-appreciated at Marvel, Jack Kirby inked a deal with rivals DC, which offered him full control and credit. The most ambitious result was Fourth World, an epic ‘novel’ running between four titles: the ailing Jimmy Olsen, and the all-new Mister Miracle, The Forever People, and New Gods.

Given Kirby’s massive contribution to the medium, and his vaulting ambition for Fourth World, its untimely cancellation is amongst the saddest moments in American comics. However, DC found ways to let Kirby continue the narrative. A ‘prestige’ format New Gods series from 1984 reprinted the original issues, adding a 48 page continuation in ‘Even Gods Must Die’. That, in turn set up The Hunger Dogs, published as the fourth in DC’s mid-1980s line of original graphic novels. Though fronted by New Gods’ Orion, The Hunger Dogs was reputedly intended to provide a belated conclusion to the whole Fourth World saga. So does it succeed?

The New Gods backstory is epic, opening with the destruction of a world and its ‘Old Gods’. The successor New Gods are split between the dualistic extremes of idyllic New Genesis, and the orb of ‘fire pits’, industrial blight, and prison camps, aptly named Apokolips. The original series began as war broke out between the two worlds. It was a riot of ideas, with Kirby introducing a parade of new  characters and concepts: The Source, The Anti-Life Equation, the Boom Tube transporter, and, er, the Dog Cavalry.

This final Fourth World chapter by Kirby involves a double assault on Apokolips’ overlord Darkseid: by Orion, with intermittent help from New Genesis allies, and by the oppressed masses of Apokolips – the eponymous Hunger Dogs. Shifting the battleground from Earth to Apokolips is a logical conclusion to an interplanetary epic, but loses the reader identification supplied by the human characters and topical situations of the original series.

Wikipedia, citing Kirby staffer and biographer Mark Evanier, reports major tensions with DC over The Hunger Dogs. Kirby wanted a definitive ending to his ‘novel’, whereas DC wanted to save the ‘properties’ for future use. This allegedly resulted in a lengthy back-and-forth, involving plot restructuring, and brutal editing, resulting in a selection of pages from different projects shuffled into a ‘novel’.

It’s no surprise, then, that The Hunger Dogs is a disjointed and frustrating read. Taken as a stand-alone novel, New Gods supporting characters feel dropped in and duly dispatched, and the uprising itself progresses without significant dramatic challenges. For all the scale of the conflict, it’s a strangely un-involving story, with a muddled, anti-climactic ending. As a conclusion to the Fourth Worlds saga it doesn’t address characters and narratives from New Gods‘ companion titles, and Kirby’s scorched ‘earth’ conclusion was thwarted by DC. Over the fifty-odd pages comprising a 1980s ‘graphic novel’, Kirby had an impossible task – so let’s call this a heroic failure.

Kirby also lacks the deft touch of his Marvel editor/scripter Stan Lee. Here we see Kirby at his most overblown. Observations on the intrusions of emerging technology were prescient, but buried amongst interminable cryptic pronouncements, platitudes, and general gibberish. This book has suffered too much ‘structural editing’, yet not enough textual editing. The art, though, is almost equal to the original series. However, the painted colour – then state-of-the-art, is occasionally dazzling, but mostly intrusive.

The Hunger Gods is a tragic end to Kirby’s most heroic endeavour. It makes slightly more sense within the complete Jack Kirby New Gods, but this now-costly rarity is for completists only.