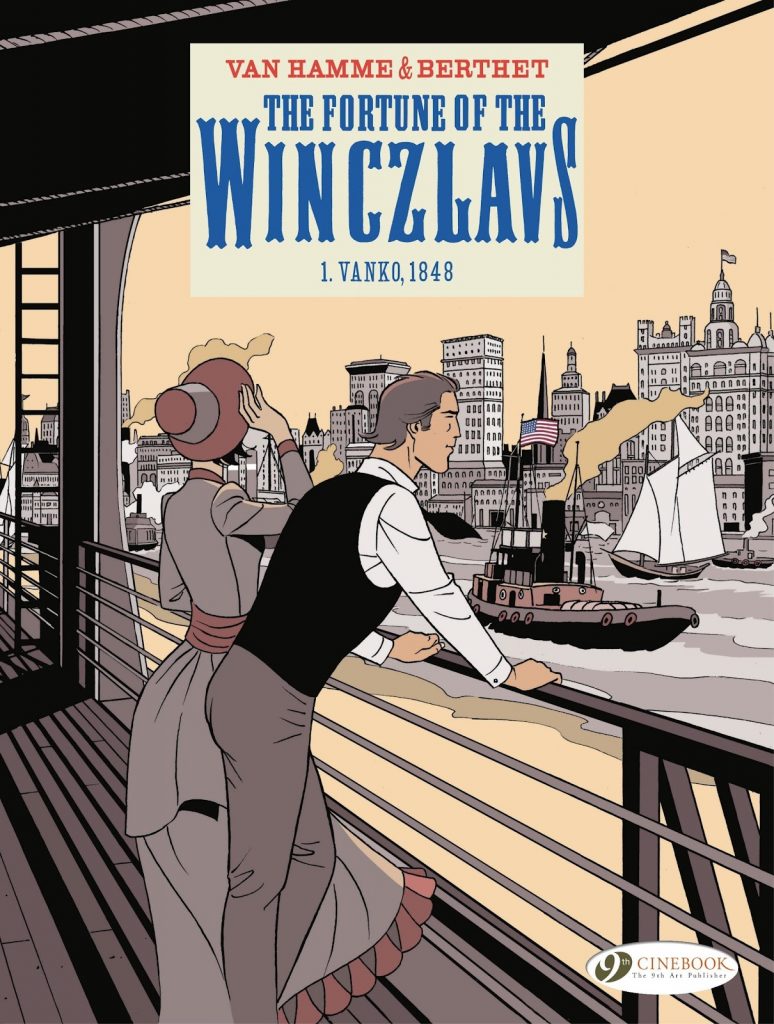 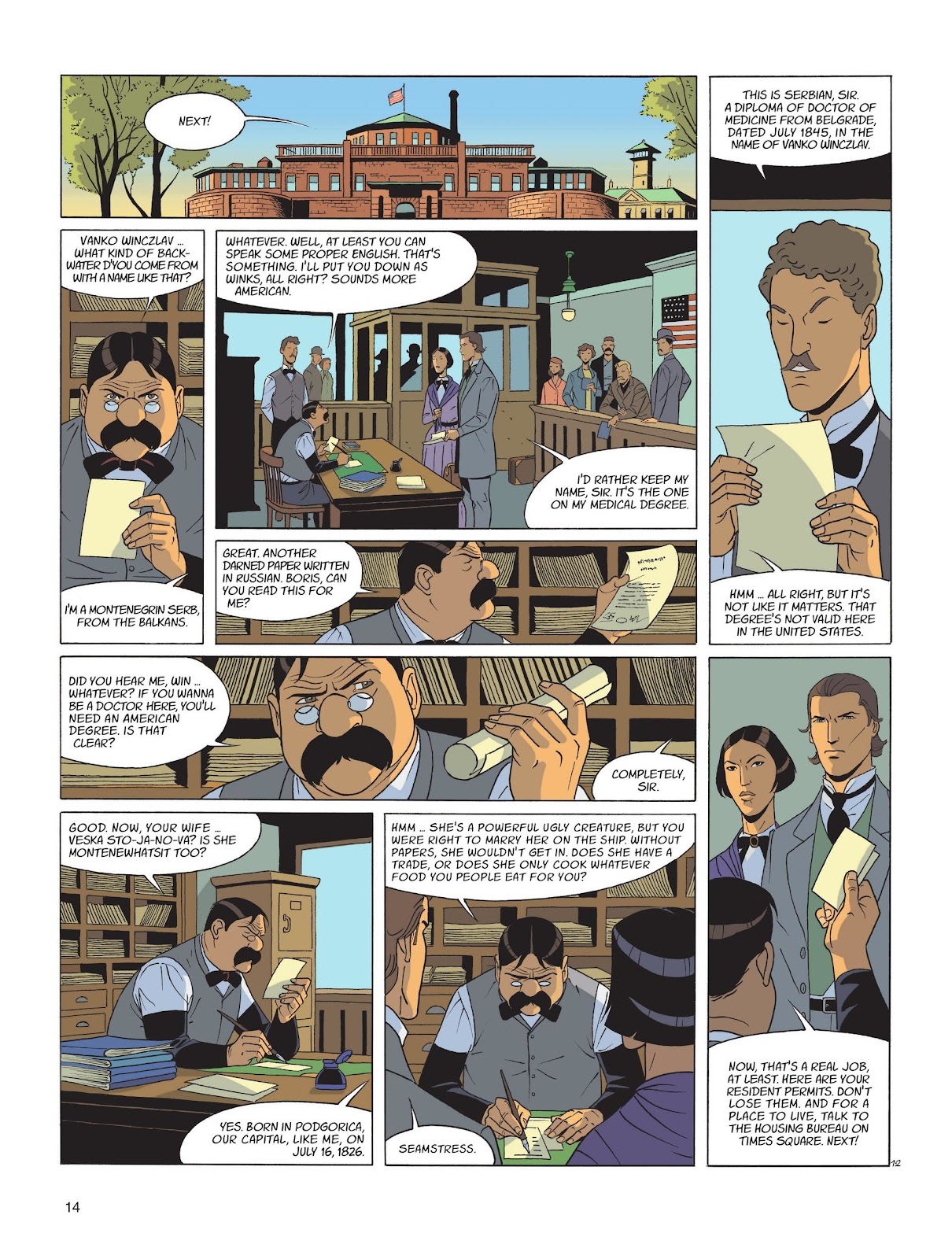 The Fortune of the Winczlavs is connected to Jean Van Hamme and Philippe Francq’s immensely successful Largo Winch series, although there’s no reason not to enjoy this as a standalone experience.

Van Hamme stopped writing the present day adventures of successful businessman Winch in 2015, but there must have been an itch still to scratch, as in 2021 he issued this first volume of a generational saga telling the stories of Winch’s ancestors. The starting point is Vanko Winczlav, a refugee in 1848 with a price on his head, having failed to liberate the Balkan state of Montenegro from its Ottoman overlords.

In what’s very much the European historical adventure we see Vanko arrive in the USA and gradually build a life, but despite Philippe Berthet’s diligent and well-researched period art, Vanko’s story never really takes off. It’s partially because with a forty year span to cover, Van Hamme just dashes through those years, keen to include historical events and the signposts to the future such as sewing machines and oil derricks, but never stopping in one place long enough to allow us to know Vanko. Much the same applies when the attention switches to his then adult sons over the second half of the book.

Over numerous projects Van Hamme has proved himself a master at dragging an audience along over long and complicated series and compelling one-shots, and there are hints of that mastery every now and then. The way a scoundrel is dealt with is nice piece of frontier justice, and the surprise of the final page works well, both as shock and as insight into the stubborness of the Winczlav family. There aren’t enough of these moments, though, and this opening revelation about the The Fortune of the Winczlavs fails to catch fire.