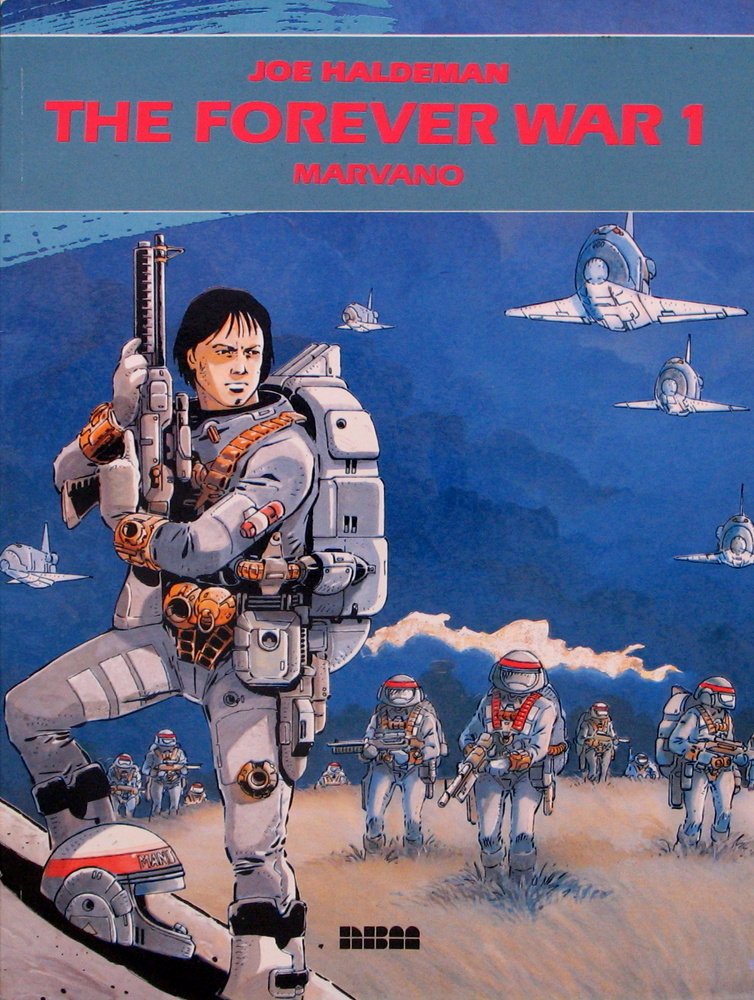 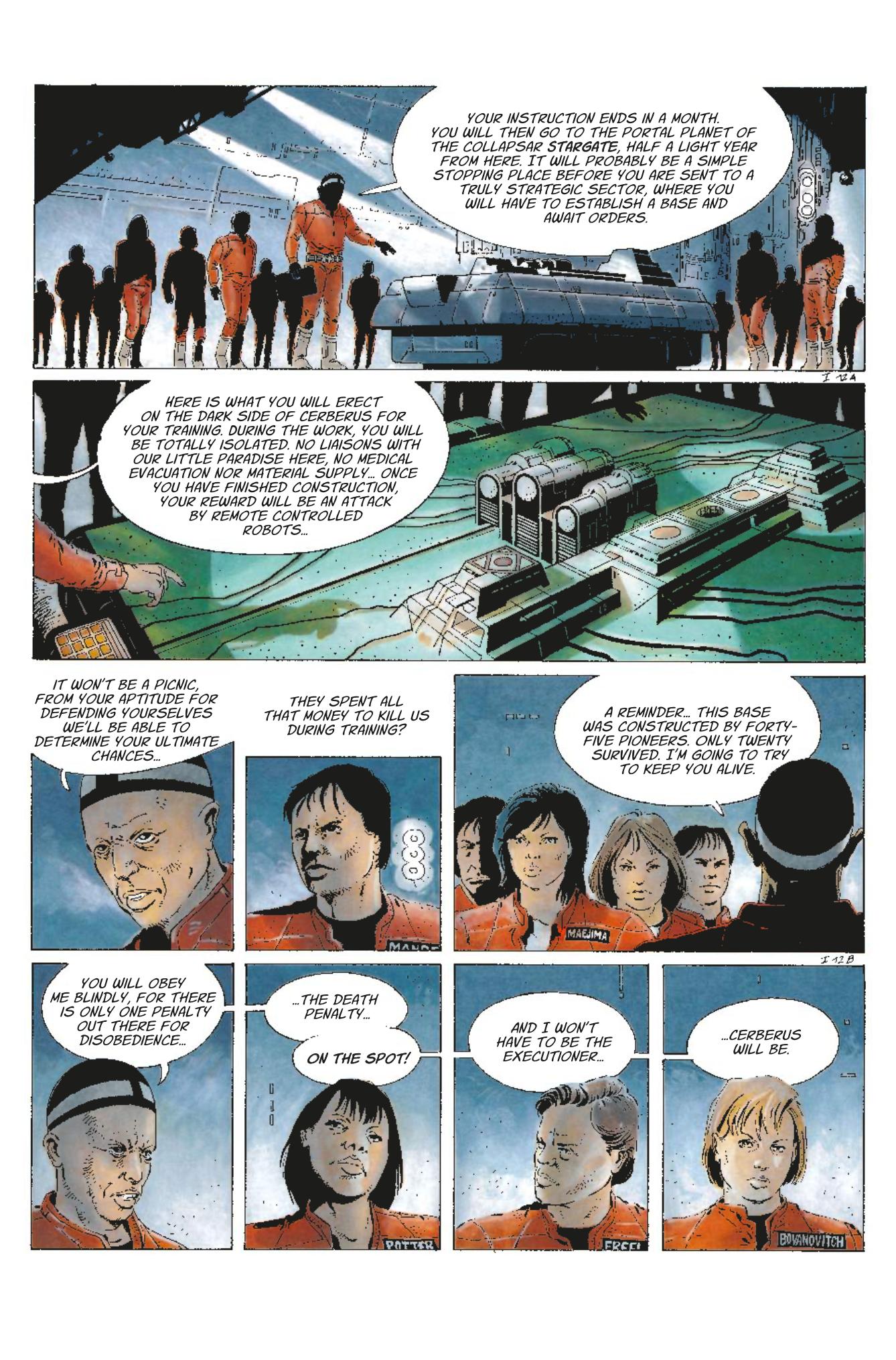 Joe Haldeman’s science fiction graphic novel was in part his reaction to the USA’s involvement in Vietnam, a war into which he’d been conscripted to fight in 1967, and which at the time of writing showed no sign of ending since American presence escalated in 1965. Ironically, it ended in 1974, the same year his novel was published.

The focal point is rookie soldier William Mandella, his surname almost an anagram of Haldeman’s, conscripted due to a high intelligence combined with greater than usual strength, and intensively trained with an elite force of 99 others before being shipped off planet for further training. In this opening instalment the Tauran opponents are almost unseen, as Haldeman’s not very interested in the war as such, instead concentrating on military procedure and brutality, and the frustration of inept administration. The second bout of training occurs on a planet with incredibly hostile cold conditions before the survivors are transported to a location where the planet is twenty degrees hotter than the highest recorded temperature on Earth.

A simmering rage informs The Forever War, constantly reinforcing a misguided and ill-informed military bureaucracy, but the story’s power lies in having a restrained, matter of fact tone, and a deliberately distancing approach to characterisation. We’re not encouraged to know Mandella, just to view him as another anonymous cog in a machine. In this opening volume he’s just the voice reporting back to us.

Unusually in an era where there was a clear demarcation between comics and other forms of creative writing, Haldeman was closely involved in the graphic novel adaptation of his story in 1988. Belgian creator Marvano laid out and drew the story from Haldeman’s novel, with Haldeman supplying the script. Marvano is the alias used by Marc Van Oppen, whose delicacy is at odds with the slaughter eventually portrayed. He’s a superb technician and draughtsman, who doesn’t put a line out of place, and contributes immensely to the remote mood Haldeman’s script cultivates via art that constantly reinforces humans and their technology as dwarfed by their environment. The body count is high overall, but Marvano presents many portraits in groups over the course of the book, ensuring the people are accompanied by their name tags, before reducing them to anonymity within the space suits in which most die.

The Forever War remains an immensely powerful work, and sadly all these years later still extremely relevant. The story leaps a few years for volume 2, but all three are now collected in a single Titan Comics edition using the original 1988 translation from the French, but using a more legible font for the lettering. 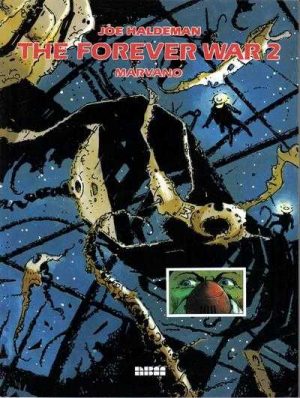 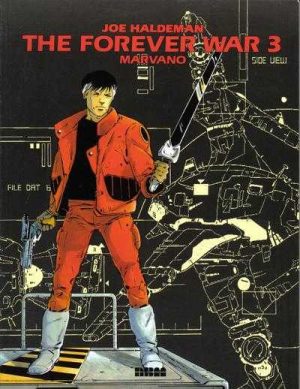