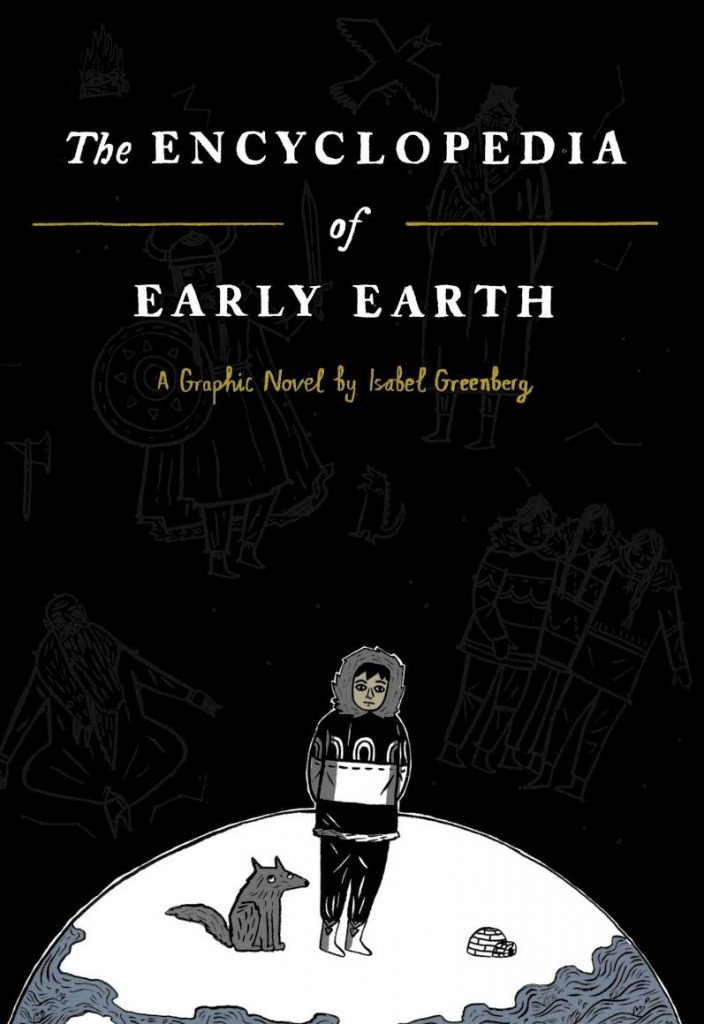 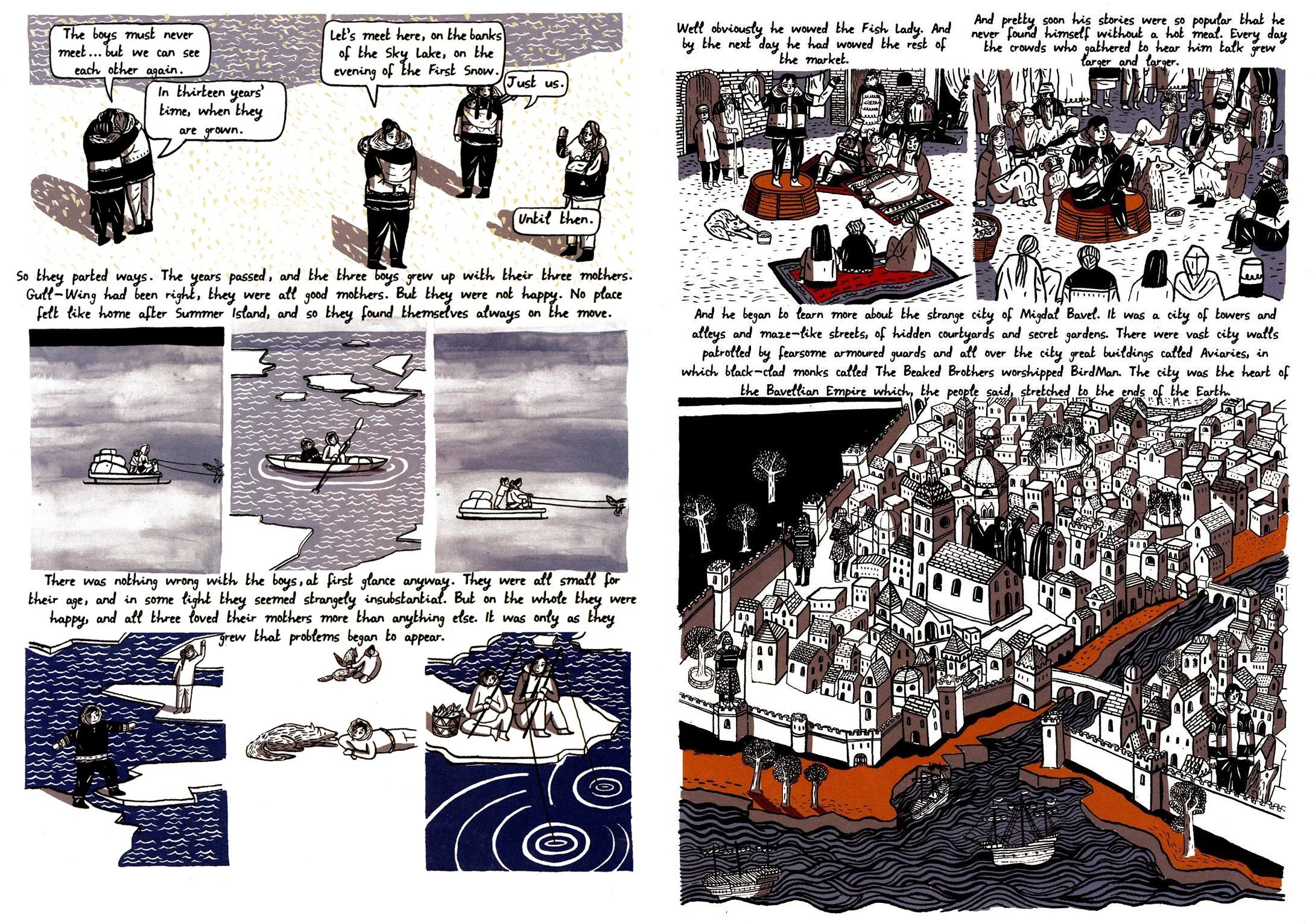 You have to cherish The Encyclopedia of Early Earth having a back cover warning about it not being an actual encyclopedia, as if someone’s likely to buy it on the title alone without even looking inside, having located it among the graphic novels. Of course, online, where that could be the case, the back cover’s not represented.

This was likely to have been the first time most people came across Isabel Greenberg and the compelling stories she weaves. They’re very strongly based on people, their habits and their emotions, many of whom fall in love in the most unlikely of circumstances. In effect this is one long story, but one with numerous interruptions where there’s always time for the protagonist of one story to start telling a different story, such as in 1001 Nights. The Nord people feature heavily, dwellers of the far North as the their name suggests, living in permanent ice and snow, but the spotlight spins elsewhere also as Greenberg adapts some known myths to her own purposes, such as the Biblical story of Cain and Abel.

A puzzling contradiction rests at the heart of this ambitiously novel work. On the one hand it has a grandiose scope, stretching over an entire world and even incorporating the gods as it relates one fantastic story after another, yet on the other those stories, told by a storyteller, have an intimacy. Greenberg positively encourages the myth of the storyteller, not just via her own imagination, but by drawing them surrounded by attentive listeners, their presence as they travel from small outpost to small outpost providing new and novel entertainment. She identifies the storyteller as someone to be respected when entertainments were few, and by siphoning in scraps readers will recognise, Greenberg echoes the old art, when repeated favourite stories were as welcome as new ones.

One element making Greenberg’s work unique is fusing modern language and occasional sardonic commentary to tales that otherwise have the feel of antiquity, and there’s also a healthy sense of the absurd. The city of Migdal Bavel’s most respected mapmaker, Martini Panini, is agoraphobic and constructs his maps from what he can see from a high tower with a powerful telescope and what’s reported back to him by three trained monkeys he sends out to sea on pedallos. Is it really any sillier than the warnings of dragons in uncharted waters on old human maps?

Consistently heartwarming and joyful, The Encyclopedia of Early Earth is a collection of stories to cherish, and Greenberg pays her world a second visit in The One Hundred Nights of Hero. 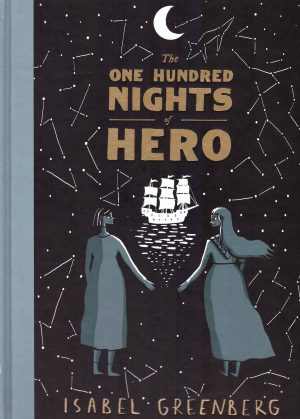